Get list of all fonts containing a specific character

On macOS Sierra, I would like to get a usable list of all fonts that cover (contain a glyph for) a particular Unicode character. Is there a way to do that, either via a tool, or the commandline, or writing a program?

Right now, this is what I can do: 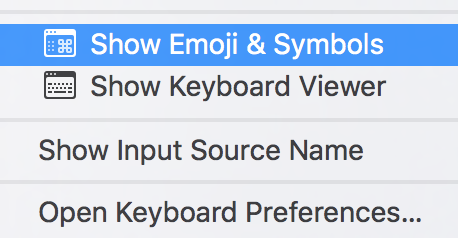 This is usable when there are few enough fonts that contain the character, but is unwieldy (requires a lot of clicking and copying) when the list of fonts is large. What I'd like is to get a list of all such fonts in plain-text copyable form.

How can I do that? I'm willing and happy to write code if necessary.

You can use the command line tool albatross (https://gitlab.com/islandoftex/albatross/ ; also included in tex distributions like texlive or miktex).

If you run albatross ਠ, you'll get a list of all your fonts which contain the character:

It's still not clear to me how this is done by macOS itself, but in the meantime here's what I ended up doing.

The solutions I found all were of the following form:

As at this question, there are two approaches (plus a third one I found here):

Comparing the two approaches (I wrote this before I had noticed the third one) is interesting:

Does this font cover this character?

However we get the list of fonts, next we have to check whether a character is covered in a specific font (given by name or path). Again, the ways I found:

I ended up using the solution from here, which I've lightly rewritten to keep it minimal:

(Works with both python3 and python2, whichever python you have. Takes about 29 seconds on my computer, for the set of fonts I have installed.)

Not the answer you're looking for? Browse other questions tagged script font internationalization .

21
List of (activated) fonts with shell command in os x

2
Are there fonts that include musical note characters?
1
How to show serving fonts in character table
5
Are all pictogram fonts broken in Lion?
7
How does the OS X font fallback system work?
19
How to access Greek symbols on macOS from a basic keyboard without copy/paste?
1
Activate Emoji & Symbols and Character Viewer independently
2
Character viewer missing Unicode blocks
7
Exporting Favorites from Character Viewer
1
How to insert ALT character with Edit -> Emoji & Symbols
3
How to determine which font is being used to render a specific character in Terminal