What can I do to avoid having two Files using double of the needed storage? 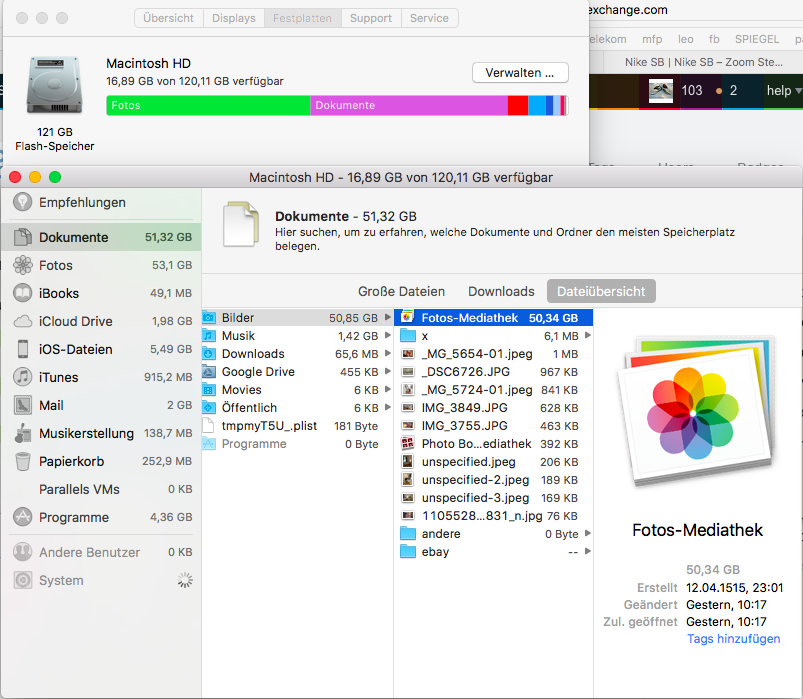 The reality is that there isn't two files taking up the double storage. The storage is only used once.

The view you're looking at is just confusing, since the "Fotos" and "Fotos-Mediathek" is really one and same.

You can open your home folder in finder and select the list view (command 2) and then calculate all folder sizes. Let finder add up all the space and you can verify you don’t have double space used.

Not the answer you're looking for? Browse other questions tagged photos storage macos .

4
Trouble with importing photos from iPhone to Mac when I have enabled iCloud Photo Library and selected "Optimize iPhone Storage"
3
App to sort iOS photos by file size
1
Does copying a migrated iPhotos library use extra space, given that iPhotos and Photos Libraries are hardlinked?
0
File in Photos app and Files app shows different size when transferring files
4
"Other" taking up over HALF of my storage space
0
How to clear out this Photos/ Camera Roll related data taking space on the iPhone even after Deleting all Pictures?
1
Deleting files doesn't free storage on SSD