I often want to make a picture available on the internet, without wanting it as part of my Twitter stream or Facebook account etc. For example, posting a screenshot to a thread on a forum or just to include in an email without sending an attachment.

I'm happy for the pic to be public, but don't necessarily want it to be associated to me if people stumble across it, or have it included with photos I actually care about on services like Flickr etc. I just want to throw it up to an image hosted and dump it without a trail, in the easiest and quickest way possible.

The closest I have found is an app called Picup, which throws a photo onto Imgur without any logging in and captioning etc etc. If it also had the ability to scale it down to half sized it may be enough, but it doesn't, and as such pics are full sized which increases upload speed and makes the picture potentially too large for sensible linking to on sites that won't auto-scale it.

So, what I am after will ideally meet the following criteria:

Imagine a scenario; I see a ridiculous haircut in Wallmart, I want to snap it, throw it up, send it to friends, then abandon it so I never have to care about who finds it by accident later with my name against it, and never need to go pruning such childish photos from my genuinely useful and wanted pics such as those in Instagram etc.

You could check out CloudApp. It started out on desktop but there are a couple good mobile clients as well, namely Stratus and Cloud2go.

These apps don't do any sort of editing. But CloudApp's backend automatically scales images when viewing on a screen that's too small to display them at their native size. Additionally, they provide a 'direct link' option for embedding images directly.

Have you looked into skitch for iOS? I use it extensively for screen shots and it has a sketch.com hosting option and also works well with Evernote and other hosting services. The latter has acquired the former, so you might not be able to make a new account, but you can try skitch out for free on Mac OS as well as iOS.

I could also see using posterous spaces for this sort of thing - they do have an app, but you can just email photos to the web site and it handles thumbnails and processing on the server end of things. Using the service is dead simple and quite pretty layouts are included for free.

You sound like you're looking for a native app, but the web app you access at http://imgur.com/ sounds like the feature set you want. Upload from your camera roll, not linked to you, and you get a url you can paste wherever you want. 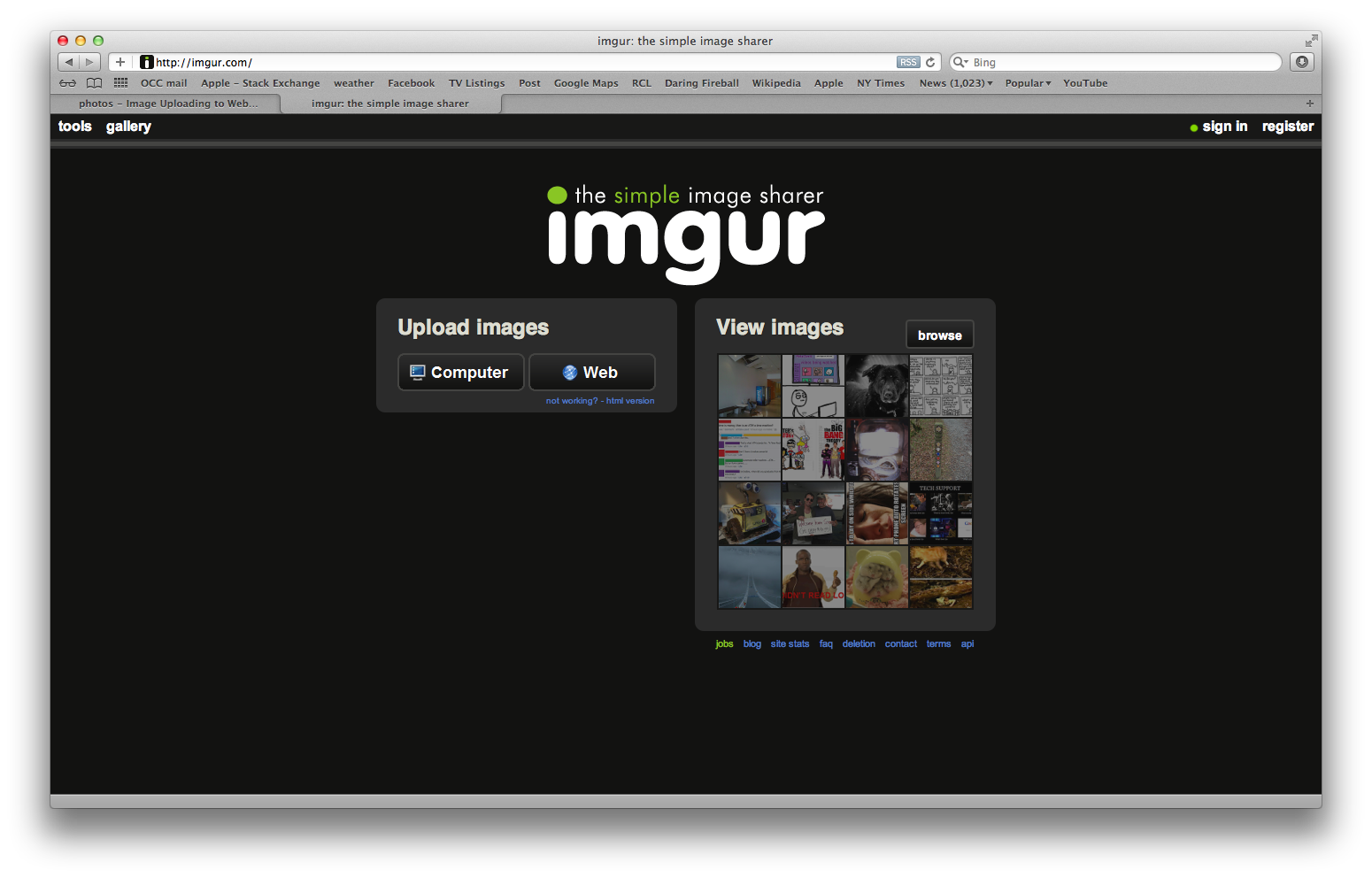 I came across TinyPic while looking at this. It seems to fit the bill, but without registering you can only upload one pic at a time.

App Summary: Take Photobucket with you on your iPhone! Upload all your special moments directly to your Photobucket albums. Existing photos AND VIDEOS can be uploaded from your camera roll, and new shots and clips can be uploaded from within the camera app. Looking for entertainment during moments of downtime? Find Stuff categories have billions of photos and videos for you to view, and you can download photos to your phone for FREE to use as wallpapers, contact IDs, and more. You can even share your photos, videos, and albums to Facebook or Twitter right from your phone, fast and easy.

Not the answer you're looking for? Browse other questions tagged ios photos sharing .

0
Can I SSH pictures directly to the iOS Camera Roll?
9
Downloading and uploading files through Safari iOS
5
What iOS apps will take pictures and not send them to Photo Stream by default?
1
Using PhotoStream on the Mac for pics transfer
3
iPhone FTP utility with automatic backup?
0
Uploading images from a Mac to an iPad
15
Can I view Shared Albums in the iCloud Photos web interface?
1
Photos on iOS 11 re-uploading entire library to iCloud
2
iOS 13 (and web interface): Cannot share an iCloud folder
1
Finder directory containing latest iCloud Photos