Kernel panic or logic board?

I was recently given an iMac (24-inch Early 2008) without a hard drive. Following the instructions on iFixit, I gave the computer a hard drive, installed Mavericks on it, and didn't notice anything damaged/broken.

The computer worked really well a few times, then began not starting up properly.

Nevertheless, it would either start properly, then work for a while and shut down (or not), stay stuck on the startup chime, the screen would remain blank at startup, or display typical kernel panic messages such as: 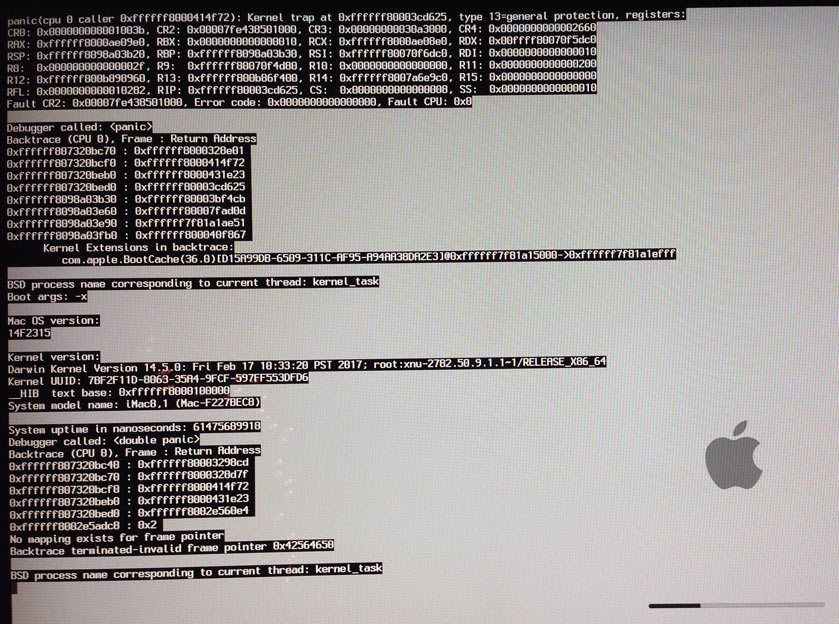 I reset SRC, same problem. When trying to start Apple Hardware Test (starting up with D key pressed), the screen would remain black and a sound would be heard "du-du-du-du-du" until I force it to shut down.

After finding articles about similar issues, I opened the RAM trap and removed the two 2GB bars of RAM that were inside: 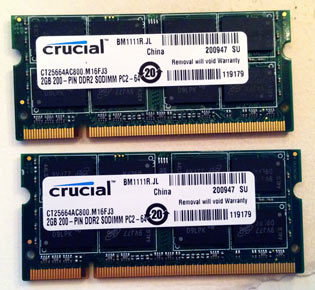 Since then, when I try to start it up, the screen remains black and I hear a sound every second which is not the startup chime.

Is this a kernel panic problem or a logic board problem?

If I understand your question correctly, you've now removed the two 2GB RAM modules and now when you try to start up your iMac, the screen remains black and you hear a sound every second?

This model iMac only has two RAM slots, and since you've removed both modules, it now has no RAM at all. As a minimum, Mavericks requires 2GB RAM installed.

As a starting point, I would re-insert one of the modules into the first slot and try running the iMac to see how you go. If the problems return, swap the modules and test again.

If you get no joy from the above, then try it again with the second slot.

Either way, let me know how you go.

Not the answer you're looking for? Browse other questions tagged imac boot hardware memory kernel-panic .