WebP support on macOS — is it indended to actually work?

macOS seems to recognize WebP images as such, and seems like it actually tries to display previews of them, but always fails. 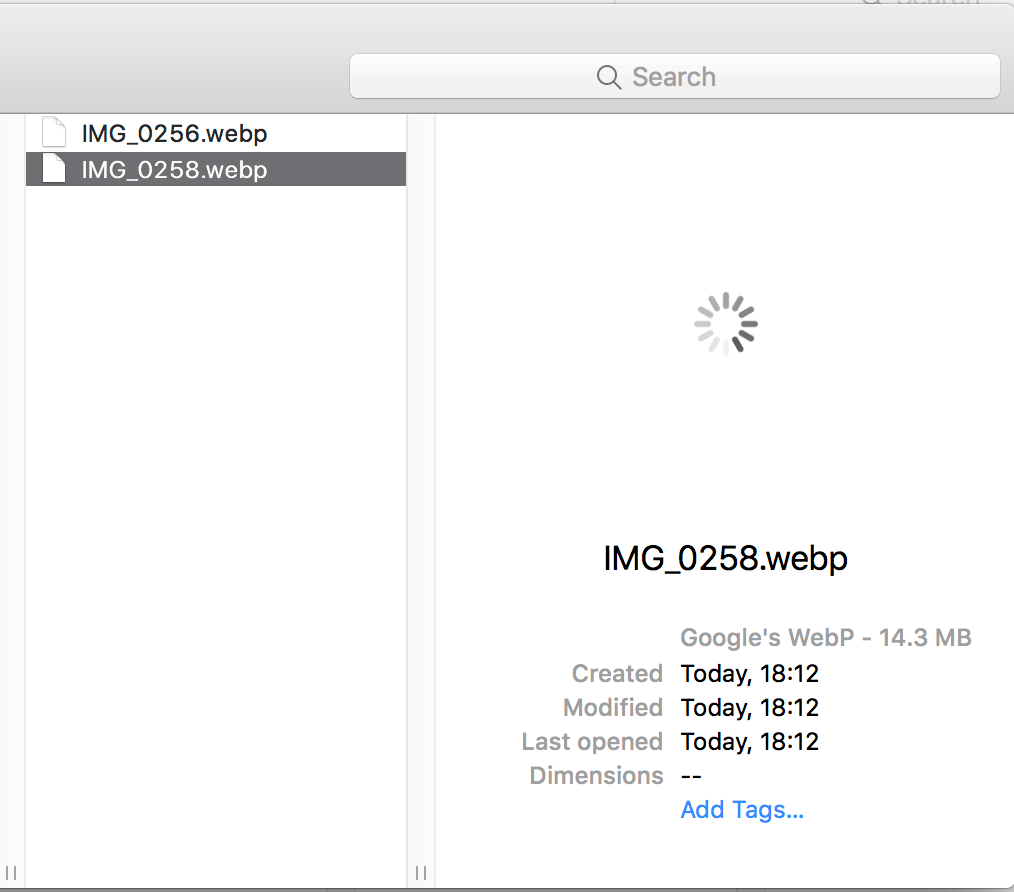 They are also associated with Preview application, just like other image formats, but Preview also chokes on it (without any error messages, it just silently fails to open a window).

Does it mean that it's intended to actually work but it fails just on my system for some reason?

In my case, the WebP images are lossless and not animated.

Now it's possible with this Quick Look plugin:

Answer: Nearly 3 years after the OP's question, it seems the answer remains the same: "webp is not well-supported in macOS".

It appears that after briefly supporting webp in a beta release of macOS Sierra, Apple decided against it. AFAIK, Apple provided no rationale or explanation for this decision (no surprise there). This may lead some to speculate that it was a petty motivation - as a Google product, perhaps it's the "not invented here" syndrome? I'll stick my neck out, and speculate that Apple will never support webp. Note also that Safari is notably absent from the list of browsers supporting webp.

As @Allan mentioned, Google has provided a webp library, and they have published the sources for their webp library. There is a GitHub repo for webp, but it's an empty facade - perhaps to prevent others from creating a repo under that name?

Google's licensing appears to be non-standard. I won't comment further as I'm a layperson in IP matters.

Google's webp library includes several command-line utilities. It can be installed with MacPorts (sudo port install webp). For me (my use case), the utilities are useless:

One of the answers here references the WebPQuickLook repo on GitHub. But as of this writing, this repo appears to be abandoned as there have been no changes to the repo files in 2 years.

The macOS App Store has several utilities that claim some level of support for webp. I've not tried them, but I generally shun the App Store due to several poor experiences.

To view webp files, you need to download the framework from Google

Would like to add a further update. 9/21/2020. While the GitHub repo for webp does work in preview, there is still no support for animated webp in preview. I have found that Pixea from the apple store does a fairly decent version of converting and viewing webp, but it's neither fast, nor that functional.

Tempted to write an extension for Chrome that will show a local directory image browser with thumbnail images, since loading a local webp images and animated images in Chrome is instant. Unless someone knows of one already.