I was unable to google what the possibilities of this separate "chrome on mobile" task in the cmd-tab app switcher is. What's it supposed to do? 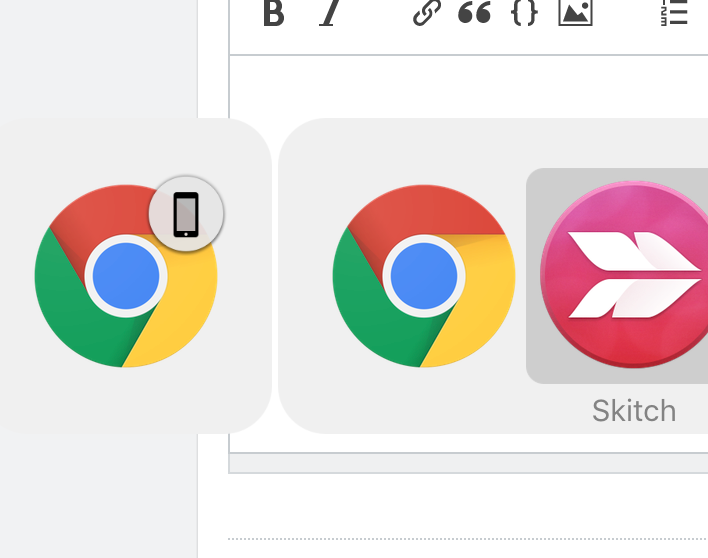 When your iOS device and Mac are logged in to the same iCloud account and have Bluetooth enabled, apps which support Handoff are able to pass the app state between devices.

In the screenshot, Google Chrome on iOS is able to pass the URL of the current tab to a new tab on your Mac. This also works vice versa — indicated by the app icon shown in the bottom-left corner of your iOS device or at the bottom tab of the app switcher.

You can set Handoff in Settings → General → Handoff on your iOS device, and System Preferences → General → ‘Allow Handoff between this Mac and your iCloud devices’ on macOS.

Not the answer you're looking for? Browse other questions tagged google-chrome application-switcher .

2
Lion: Task switcher icons are badly discolored
1
Is there a faster app switcher than a keyboard shortcut linked to an Automator service?
158
Task Switcher moves to non-primary display on Mavericks-Catalina
2
Why do some windows not appear in the app switcher even when not hidden or minimized?
0
Application Switcher (Command-Tab) Showing Generic App Icon
0
MacOS: Add browser tab (i.e. Gmail) to application switcher?
0
Distinguish apps in OSX task switcher
1
macOS: App icon shows up in app switcher even if instance is closed
13
How can I take a screenshot of the app switcher in macOS?