Finding the folder a note is stored in in Notes

This seems so basic, but just can't figure it:

I can easily find a note with an unique bit of text, but finding WHERE in my list of folders the note is stored seems impossible. One would think that when you tap a found note, the note's folder would become highlighted, or at least a tooltip would help identify the location, but no such luck.

This works on 10.12.6 Sierra: Search for the note, select it, then clear the search field. The folder will be highlighted in light gray.

Prior to High Sierra, you can drag the note over the list of folders in the sidebar. Each folder will highlight blue as you hover with the note, except All iCloud, Recently Deleted and most importantly the folder already containing the note.

Since High Sierra, the folder is shown beside the note. 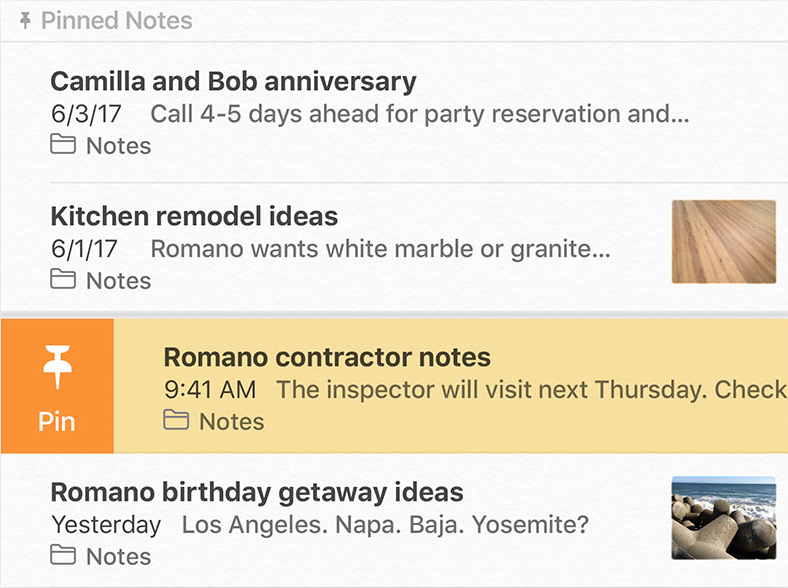 Though I know the question seems to focus on folder within the UI of the Notes app itself, I was interested in trying to find the actual source files so I could copy them all to Google Drive, since I prefer the Google ecosystem for syncing my data between devices. But Apple really really REALLY does not want you getting at the actual Notes files residing on your Mac. They are kept in a single file archive kind of like (I think) those old Windows Outlook .pst files that contained individual emails... A Macworld help article from 2014 is still mostly relevant in 2018 which reveals the obscure directory where the aggregated Notes file resides:

I could not get there via the Finder's "GO to Folder" command — Apple's blocked that off too... And SEARCH will not find it either, even with "include System files" — unless you truncate it to just

...then sort by date and it will be the first of many such folders with that exact name... But thankfully you can then double-click on that folder and it's then easy to get to the nested Notes file.

Either way, this is what Macworld says once you get there:

You should see a small assortment of similarly named files, with names such as NotesV2.storedata. The text of all your notes, typically including recently deleted notes, is stored within one or more of these files. Unfortunately, the format of these files does not make it easy to view the content of each note. To recover an individual note, you have a bit more work to do.

Making copies is a common safeguard. You’ll work with these copied files. In case anything goes wrong, the original files remain untouched and in place.

As it turns out, these files employ HMTL tags. Adding the extension allows the critical text to appear in a more easily readable format.

Hope this helps. But it's not user friendly. Just like with with Photos and iTunes Music and Videos, Apple prefers their walled garden approach that keeps users tethered to their apps and iCloud.

Not the answer you're looking for? Browse other questions tagged notes.app .

4
Where are notes stored in Mountain Lion
2
iPad iOS6 built-in Notes app - where are the notes stored?
21
Notes has Google Notes. But Google has no such service. Where are they stored?
16
Notes app search is not finding some notes
8
How to use MacOS Notes “Note List Search…” to search non-deleted notes only?
2
How are Notes Preferences Stored in MacOS?
9
How do I hyperlink 'text' within a note in the macOS Notes app?
16
Link to a note in Apple Notes, from another note