I suddenly cannot open any files in Script Editor.app 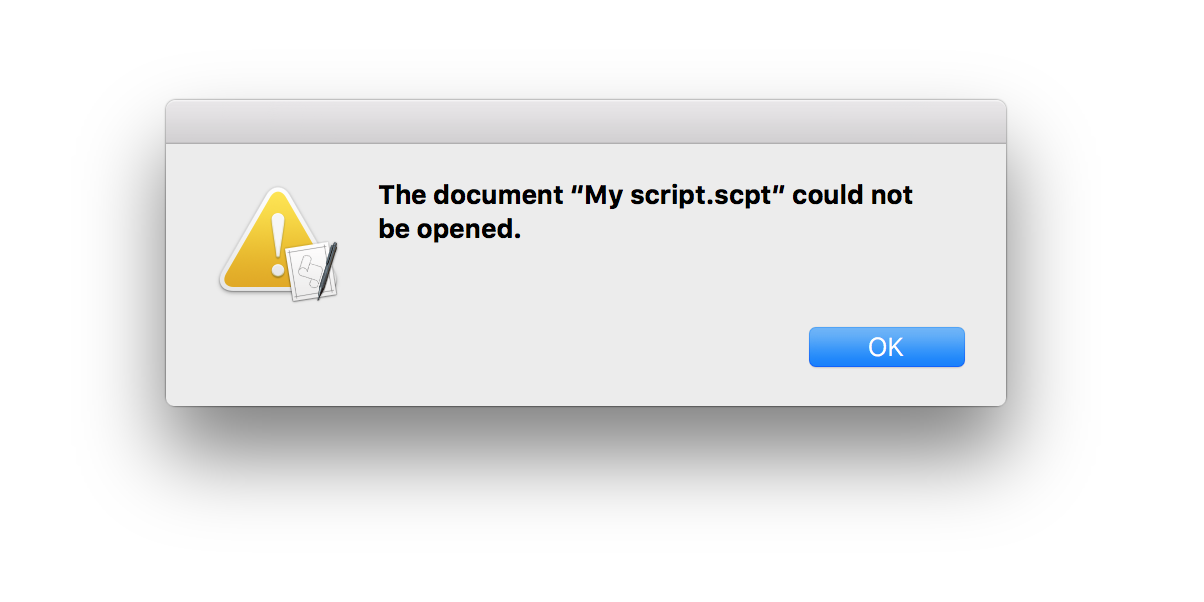 The document "My script.scpt" could not be opened.

I can launch Script Editor and I can create a New Document. But, I cannot open an existing document.

Here is the Sharing & Permissions pane for the app file (via Get Info window in Finder): 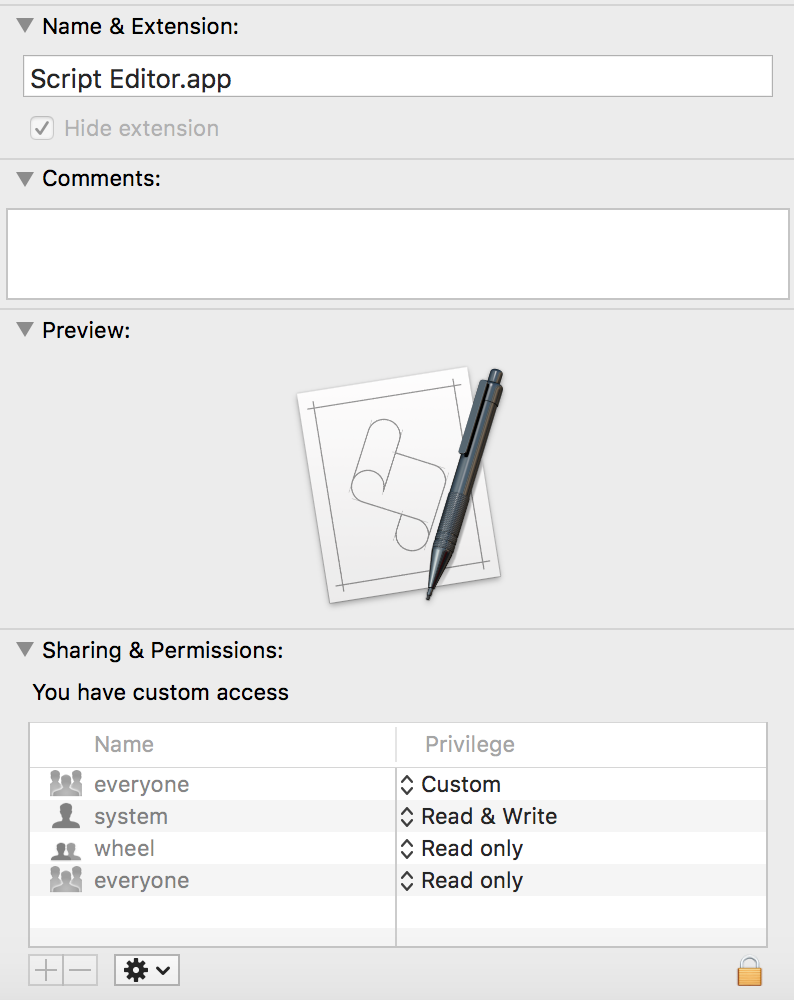 These two questions are similar to my own:

However, the solutions do not apply to my scenario.

Short of re-installing the OS, is there anything that I can do to get Script Editor up and running again?

Personally if it was me, I would run disk utility app on my system first.. Then I would reboot and see if that fixes the problem. If that did not fix the problem, I would then go to /Users/your short name/Library/Preferences/com.apple.ScriptEditor2.plist. <—- and delete that .plist file, then reboot and fire up the script editor app to see if the problem is fixed. You may want to make a backup copy of that plist file before you delete It.

I'm not quite sure if that file is hidden in the system, So you may have to unhide hidden files before you can find that plist file

This is the script I use to show hidden files in the system...

An alternate solution would be trying to restore that .plist file using Time Machine

Not the answer you're looking for? Browse other questions tagged macos applications applescript error .

3
AppleScript editor cannot save .scpt file
286
Hotkey to show hidden files and folders in File Open dialog?
8
Why am I getting "Error -1,752" when trying to save in Script Editor?
3
How to prevent Script Editor from scrolling (and losing cursor location) on compile?
2
Application created with Script Editor ignores the selected item on the 'tell current application' popup menu
1
When using a third-party script library, I can no longer save an AppleScript file in Script Editor.app
3
Is it possible for an AppleScript .scpt file to retain a custom icon, even after edits have been made to the code?
1
How to create an application with applescript that will be able to open a file from finder
0
lost content in Script Editor