I am using a set of text replacement defined within: 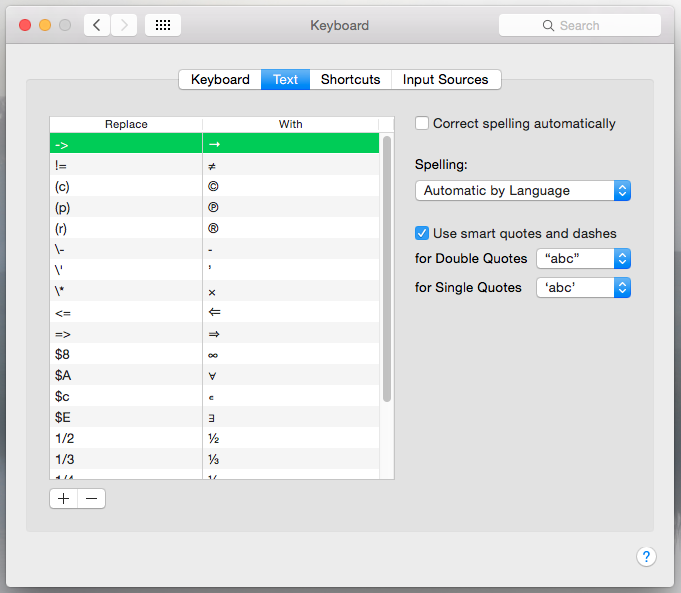 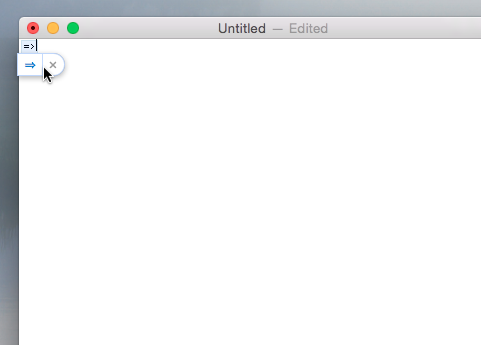 But within Calendar, -> is working and => is failing: 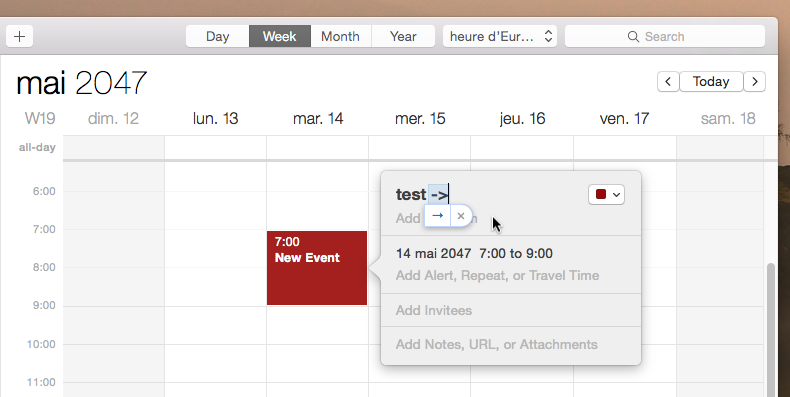 A test with a newly created account give the same abnormal behaviour.

What may cause this inconsistent text replacement behaviour?

How may I further analyze or debug this inconsistent behaviour?

Those replacements themselves may work, but having them saved might block others from working. Such failures may be limited to specific apps, as you’ve noticed.

Here are my notes on what interacts with what…

The following prevent :) from triggering:

The following prevent ;) from triggering:

The following didn’t work at all:

I've found that only using replacements that start with : ; ( ^ and letters makes the feature work very reliably.

This affects only macOS (up to and including Sierra 10.12.4). I haven't experienced issues with Text Replacements on iOS at all. However since they sync over iCloud I've had to remove all those “bad” strings.

My guess is that macOS treats different characters as word boundaries, and that different applications may use their own rules as well. That would break how substitution strings are detected across macOS apps. For instance on iOS you often need to add a space to trigger a replacement, even one that ends with a ). On macOS the substitution typically occurs immediately.

Not the answer you're looking for? Browse other questions tagged calendar text-input .

0
On startup Calendar shows only one calendar
2
Stop text input from changing tm to ™
0
iOS 8.1.2 Calendar Timezone Problem
0
Problem with my iPhone 6 calendar
11
How can I globally disable 'Text Replacement'?
0
How to prevent text replacement from being triggered by alphanumeric characters?
0
Quick combination or text replacement for typing schwa
1
Filter Apple Calendar by Calendar