How to change the volume of Skype for Mac, independent from the system volume?

After the upgrade to version 7.25 (around April 2016) of Skype for MacOS, the ability to change the conversation volume in a way independent from the system volume seems to have been removed. To be clear, I am referring to the ability to change a Skype conversation audio volume, while leaving the System volume unchanged, so that System's sounds and other applications sounds stay the same.

In the past versions this was done via two entries in "Conversations" menu, or via the two keyboard shortcuts cmd-alt-up_arrow and cmd-alt-down_arrow.

Is there a way to have that functionality back?

The functionality has not been removed, it is only disabled in the default settings.
In order to have it back, go to the Preferences, in the Audio/Video panel, and change the "Speakers" drop down menu from "Same as System" to "Built-in Output (Internal Speakers)" (or any other output you have available, I guess). This gives you back the Skype volume adjustment, independent from the System volume.
Once you change the preferences, the two extra menu entries will also be back in "Conversations" menu.

On Skype v8.41.0.54 for mac, during a call just move your mouse cursor over the mic icon and wait a few seconds : a pop-up menu appears and you will be able to adjust the volume of the conversation without altering the global volume of your mac. 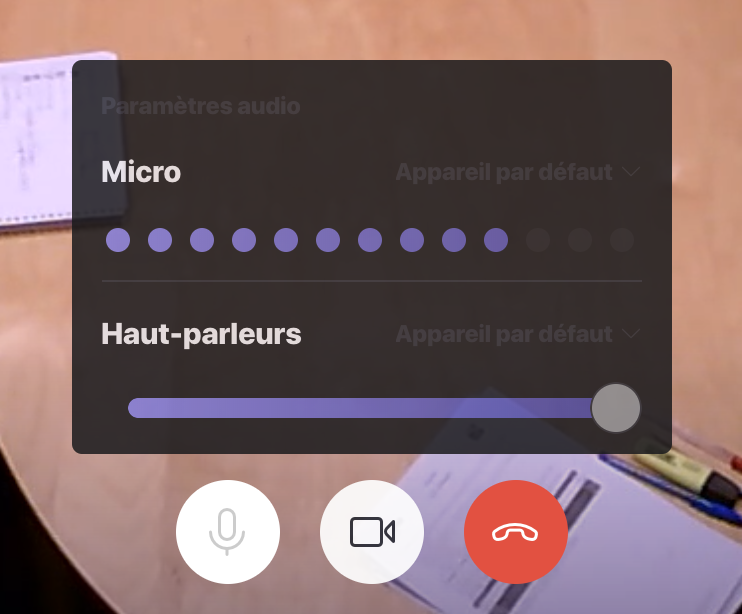 Not the answer you're looking for? Browse other questions tagged skype sound-volume .