How to get songs to play consecutively

I am in a playlist and if I tap the shuffle then the music changes but that song then repeats. I can't get the menu described in previous answers How can I get an iPhone to play songs in order

What do I tap or do to shuffle a playlist?

The music player on iOS 10 is a little different - for me it doesn't reorder the tracks and you just get to press either of the shuffle all buttons on the iPad. (on iPhone, there's only one shuffle all control)

If no track is playing - it starts playing one of the tracks and for me that's pretty random (i.e. a second press almost always queues up a different track than the last press of shuffle all) 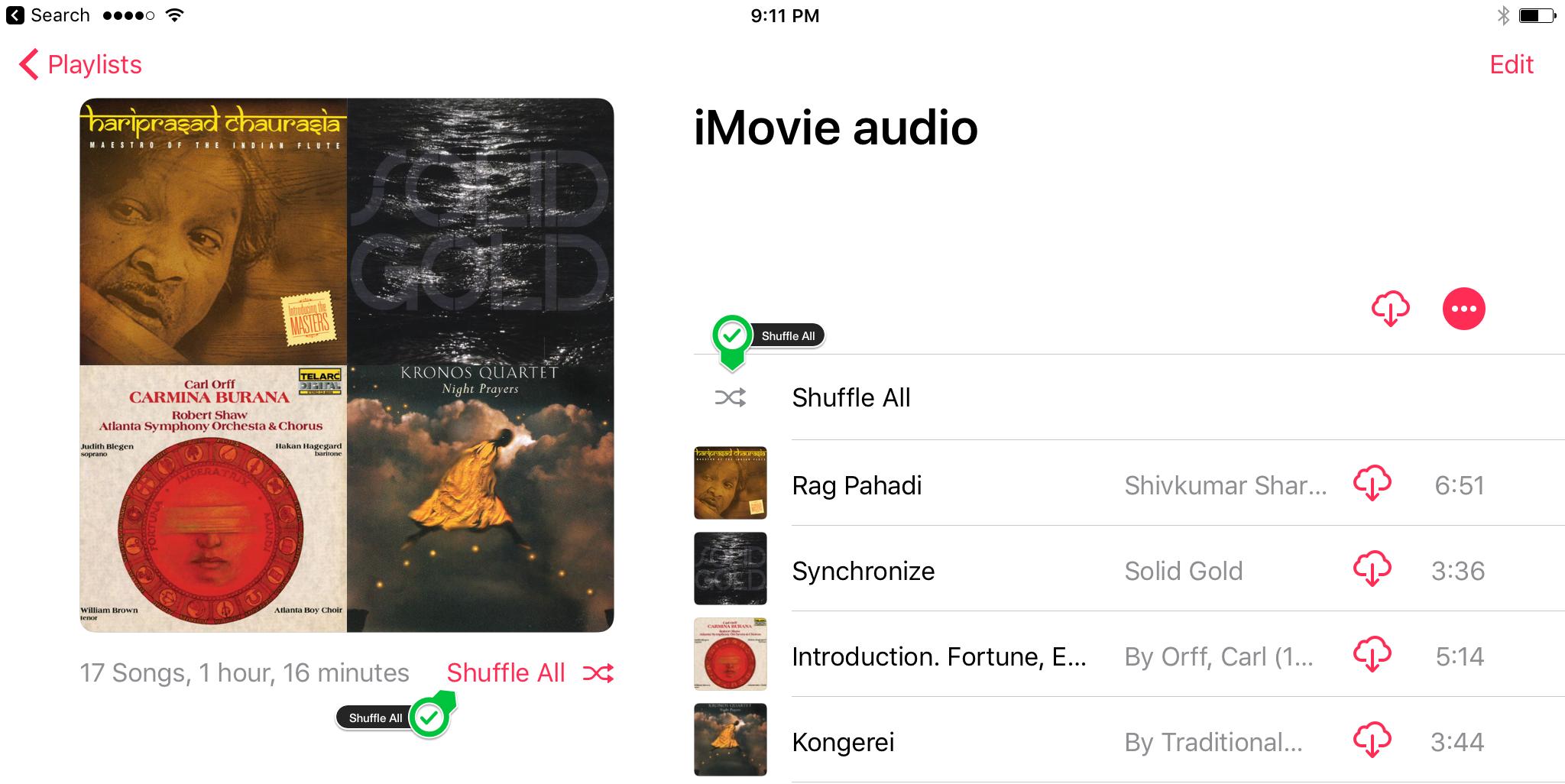 In the shown track - the items are playing from iCloud - so there is a delay to start playback, but if the track is downloaded or cached it's quite responsive to tap shuffle all several times.

I do also greatly prefer the Cesium music app on my iPhone for queuing up playlists. It has the traditional - repeat one song, repeat the playlist, or end playing controls visible below: 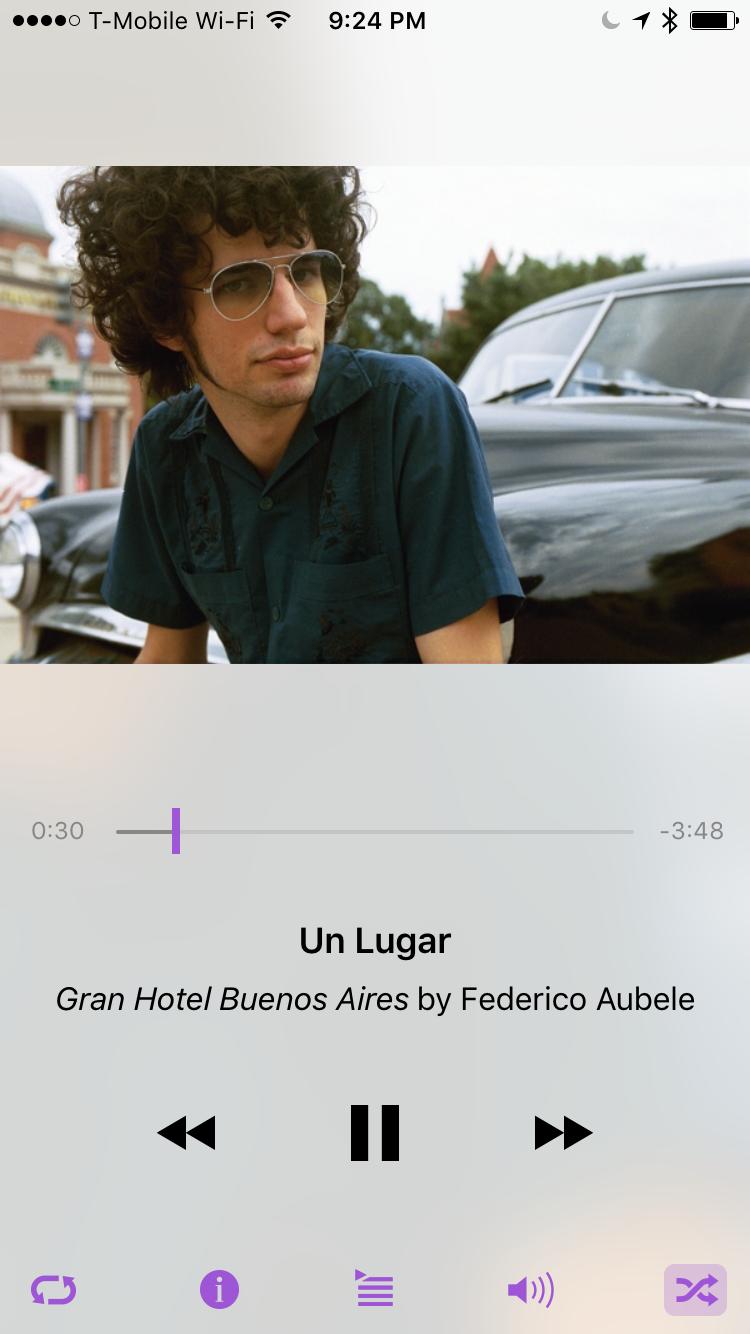 It has very nice queuing and gestures to control playback as well as filters to only show music that's downloaded or also include iCloud music. I tend to use this app for road trips or playlists at a party when I know I have a copy of the songs I want downloaded to the device.

Not the answer you're looking for? Browse other questions tagged iphone ios music.app .

9
How can I get an iPhone to play songs in order
4
How to jump to album in iOS 8.4 Music app?
2
I can no longer play my songs consecutively on my iphone
0
Use Siri to play all songs (shuffled) in iOS 9
0
How can I get repeat 1 and still skip to next song when clicking next
0
Siri: “Play all songs shuffled” in iOS 10