I'm running OX 10.11.6 and using the stock Photos app. Whenever I attempt to access the media browser from the Finder file upload box, such as when attaching a photo to an email or social media post, I am unable to access my library. The finder gets stuck in a loading state, forcing me to open the Photos app itself, drag the file to my desktop, and then attach it that way. It goes without saying that this manual approach is extremely cumbersome.

Here's a screenshot of what I see when I try to access my photo library from the finder: 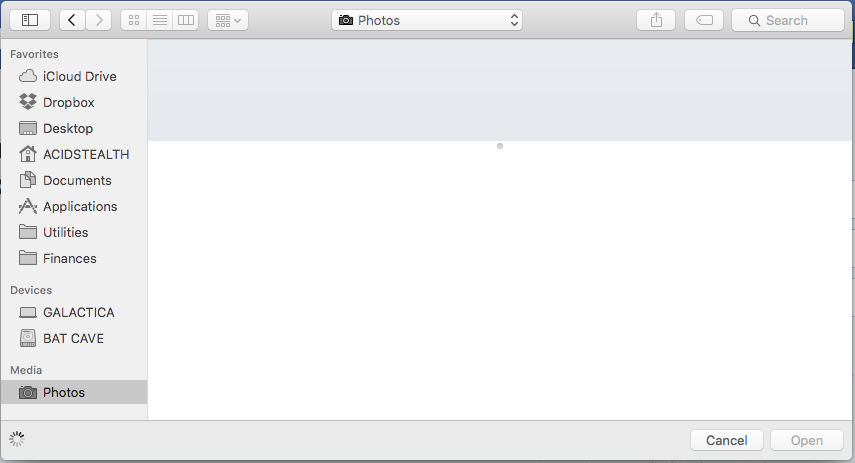 Now I've read numerous posts on this same issue that suggest going to Photos > Preferences > General and checking if the photo library is the system default. This usually solves the problem for people, however I've already done that to no effect. See screenshot below: 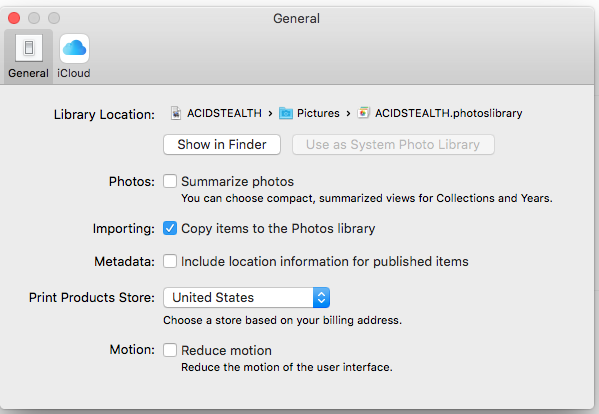 I've also tried rebooting my machine, repairing the photo library and then rebooting again, but to no avail. Upgrading my OS X install isn't an option for me because I'm on an older machine (2009 13" MacBook Pro) that is no longer supported.

Is there any way to remedy this issue that doesn't involve reinstalling OS X?

I'm wondering if an application/bug/corrupted setting is causing this. We can test that by trying it on a completely blank slate by creating a new OS X account real quick.

You can do this over in Users, Systems & Groups in System Preferences. Create a new admin user account (no iCloud necessary) restart into the new account & test there, ideally with the same exact photos library. I would share the one you have, here's a how to about it on the Apple support site.

Not the answer you're looking for? Browse other questions tagged finder macos photos.app .

5
How can I programatically fill a flash drive with my latest photos from iPhoto?
1
Photo library will not fully upload to iCloud from computer
1
Photos.app creates blank images after importing iPhoto library
4
Photos Having Trouble Accessing Files