Parallels taking up over 300GB but Parallels disk is only 128GB. Why?

But the space is definitely getting chewed up, because my Mac is low on disk space. WTF? Anyone know where that mystery 170GB is being used, and how to free it up? 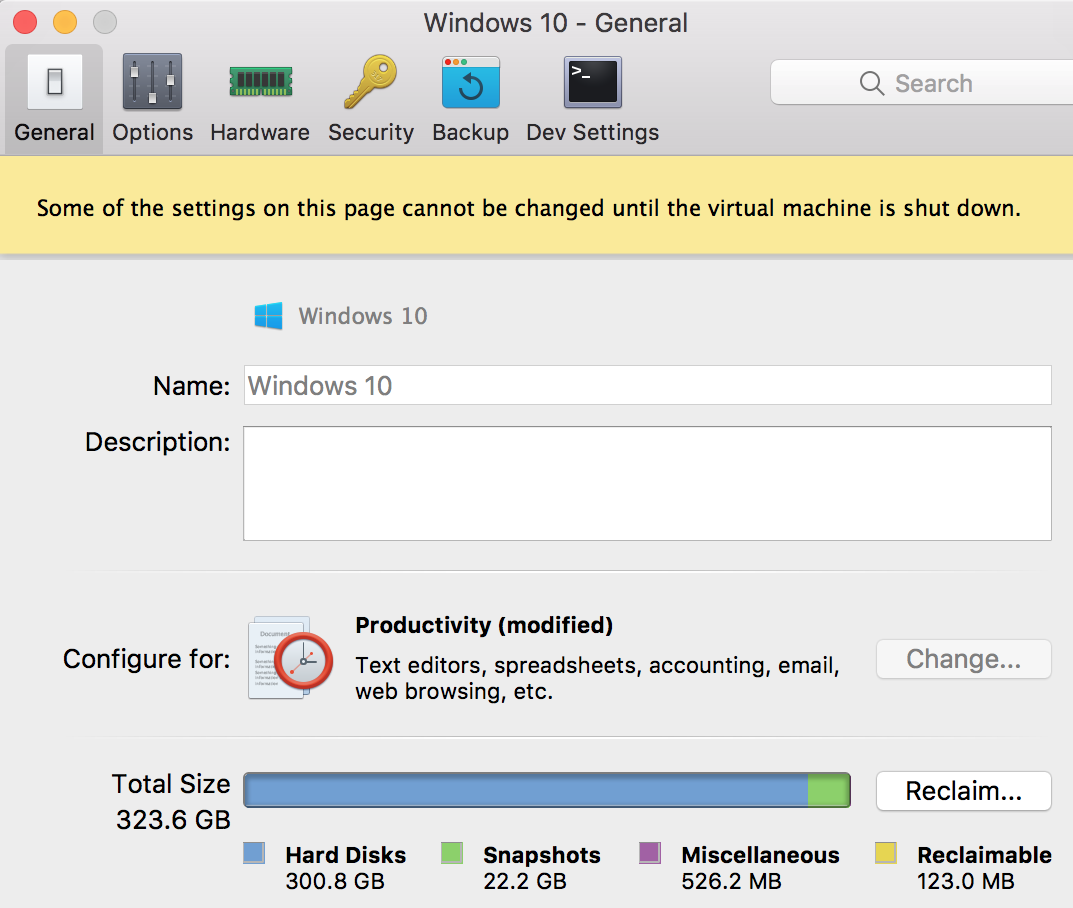 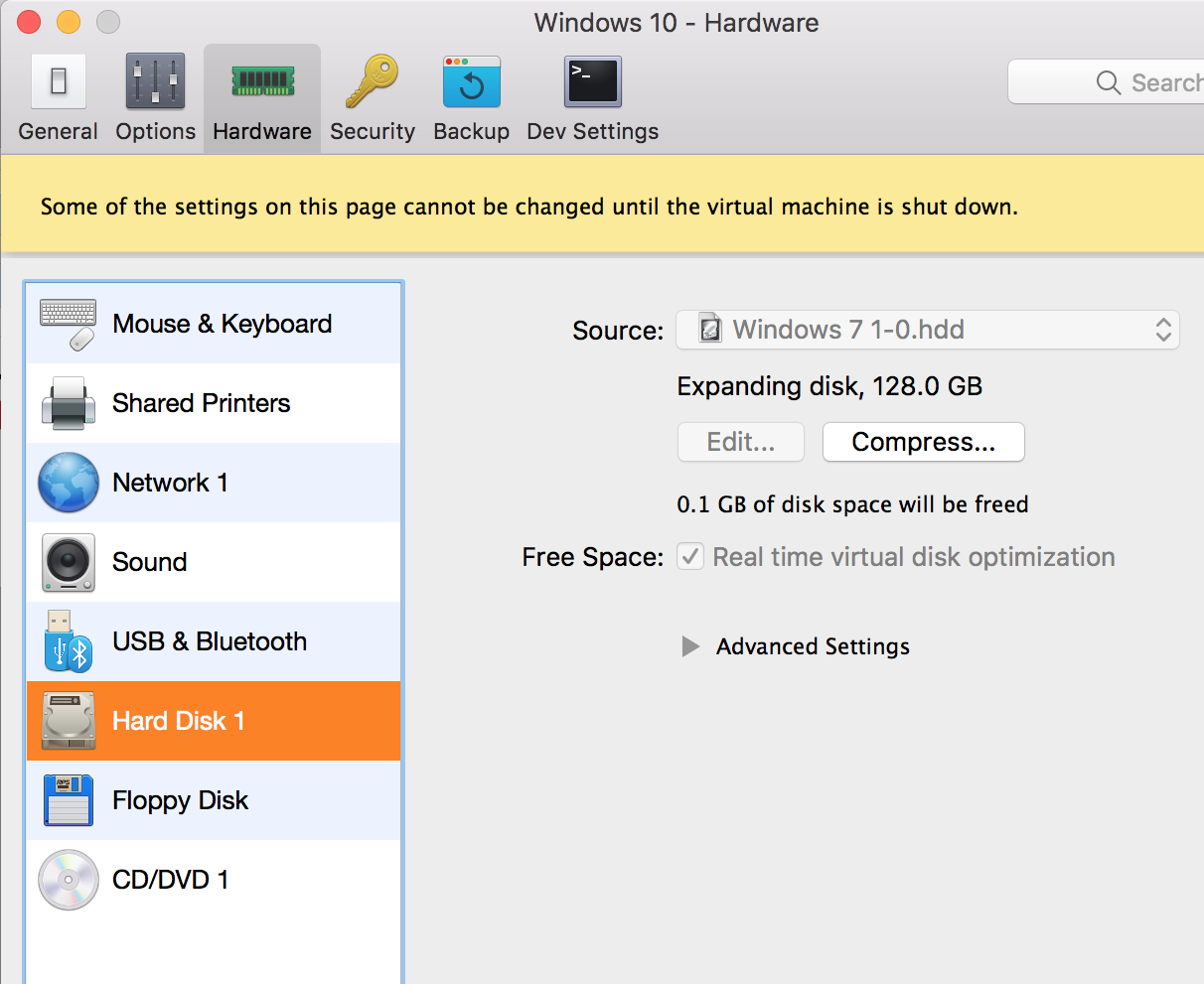 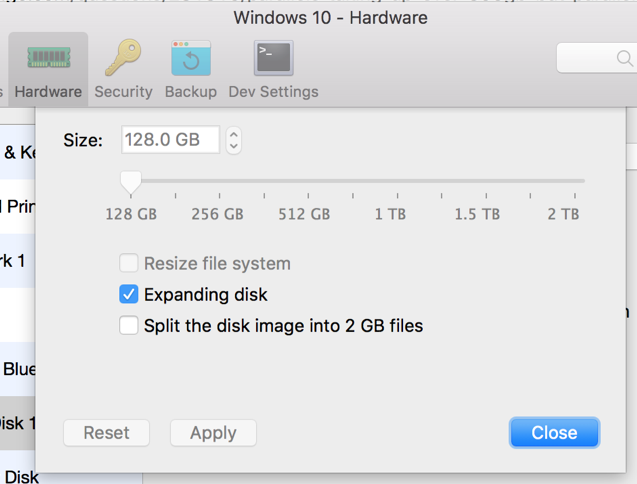 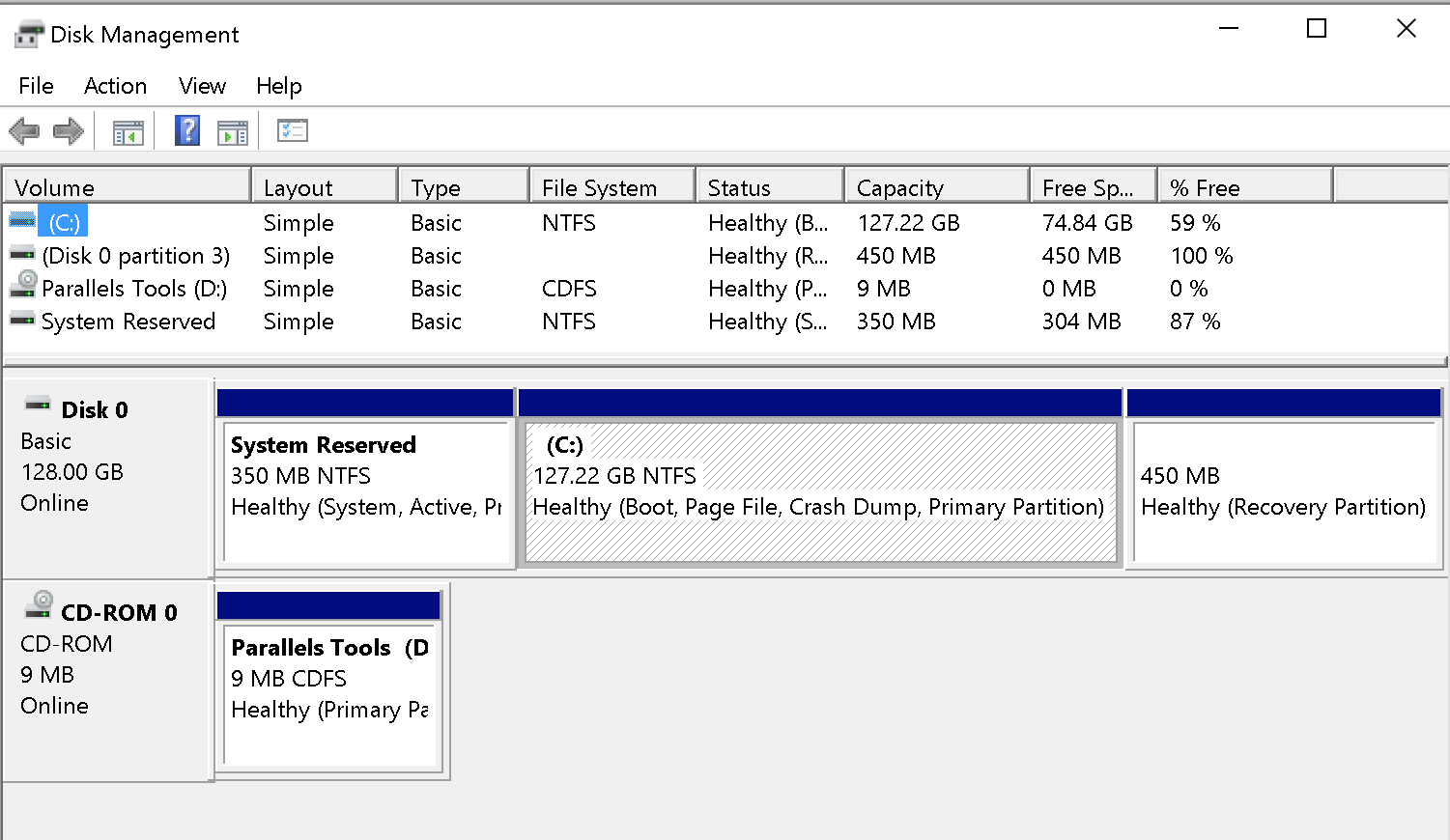 I deleted several old snapshots using the Snapshot manager, and that freed up 100GB in just a few minutes. Removing each snapshot removed one 10GB+ .hds file from inside the .hdd file.

I did see cases in the Parallels forums where old snapshots didn't show up in Snapshot Manager but were still using up disk space. Apparently there's a Terminal-based way to fix that problem. I'm pasting links here in case others run across that variant of the problem:

I was disappointed in Parallels for not accurately measuring the true disk cost of snapshots. Had Parallels correctly noted that snapshots were taking up 200GB vs. 128GB for real disk space, the solution (delete some snapshots, dummy!) would have been obvious. Instead I wasted hours trying to troubleshoot what could have been a simple problem to resolve.

The support engineer I worked with claimed that this incorrect measurement is not a Parallels bug. I'll leave it up to you to decide if you agree with him. ;-)

Not the answer you're looking for? Browse other questions tagged virtualization parallels-desktop disk-space .

20
Why ever does Parallels 8 recommend max 4 GB RAM for a VM?
3
SSD reporting incorrect amount of free space, not due to local snapshots
5
I deleted a very large file from Mountain Lion, but the space was not reclaimed. lsof not showing pending deletes
0
Running Parallels VMs from a NAS
4
Make Hard Drive appear as Bootcamp for Parallels
2
What is a good replacement for the 'df' command that is broken on macOS Mojave?
0
Parallels VMs double counted for disk space usage?