Can I add custom pronunciations to “Speech”?

When given a well-known abbreviation or acronym, Mac's built-in Text-to-Speech engine automatically speaks the correct word or pronunciation, instead of the individual letters.

However, there are instances where Speech does not pronounce a lesser-known abbreviation correctly, and, instead, speaks the individual letters of the word.

Is it possible to change the Speech behavior, so that when it is given "BTW," for example, it reads "by the way"?

Yes all you need to do is Go to System Preferences/Accessibility/VoiceOver. Then click the open voiceover utility button. Once that utility opens, select speech on the left and open the pronunciation tab. From there, you can add any abbreviations with substitutions. 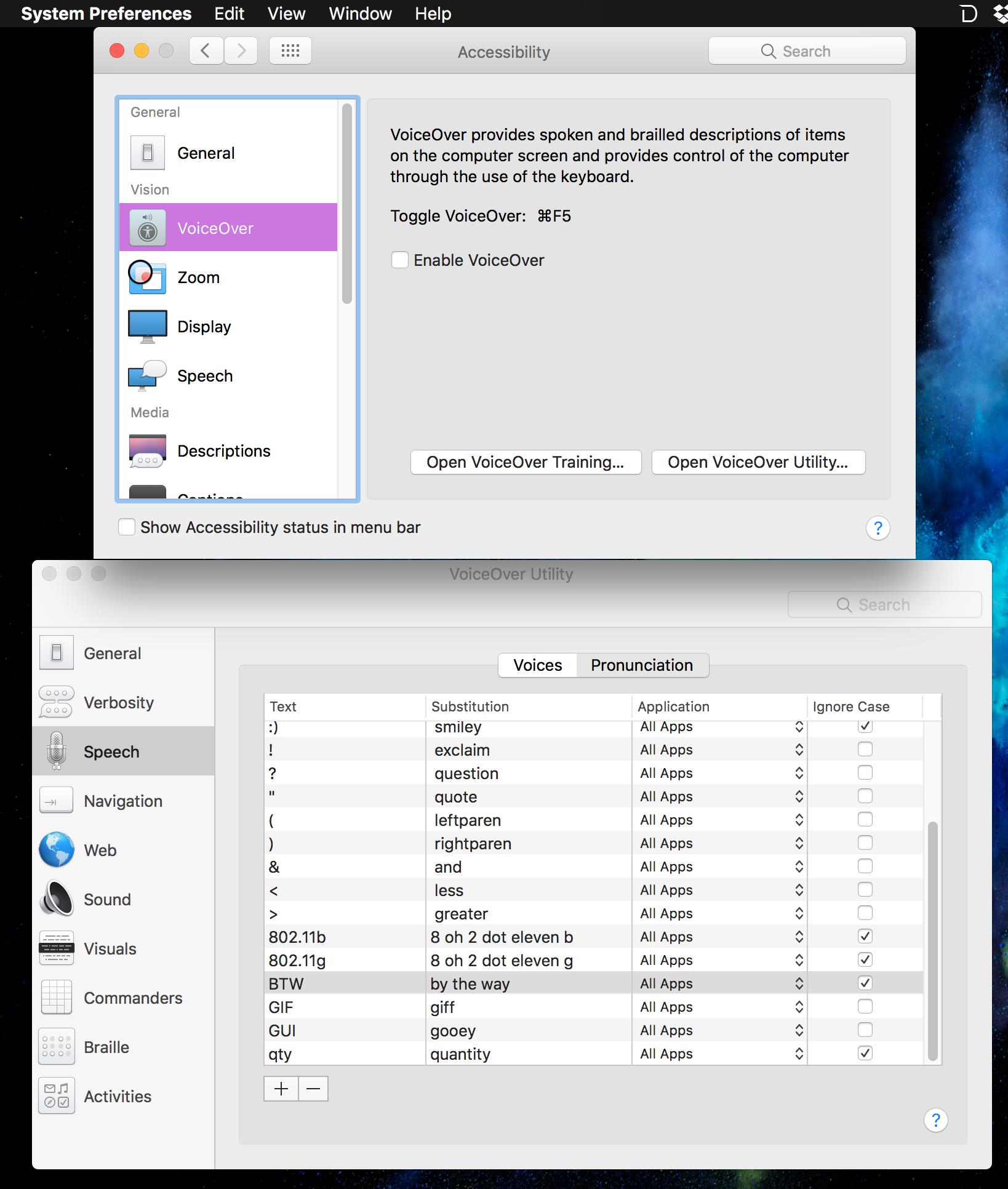 I also added the substitutions here: 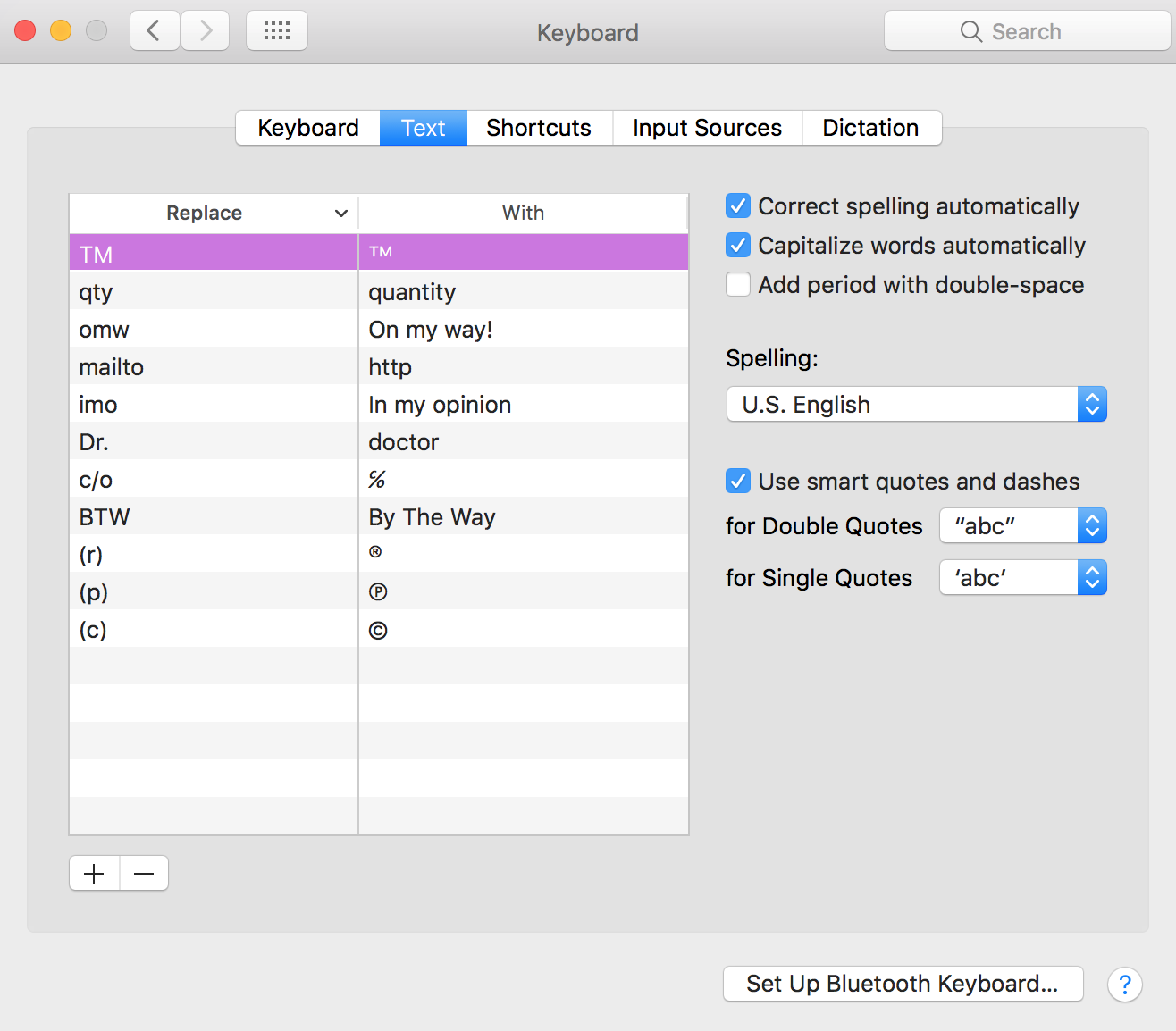 Not the answer you're looking for? Browse other questions tagged macos customization text-to-speech .