I'm running an iMac model 14,2 which to my knowledge does not support Night Shift (I have heard it is only supported on late 2013+ models). Well I recently updated macOS 10.12.3 to macOS 10.12.4, and while my audio issues were fixed (the machine would sometimes not start the audio daemon on boot and was thus left soundless.) I am now facing a much larger, much more annoying issue. After the post-update reboot I found that Night Shift was enabled, the entire screen was now encased in a yellowish haze. However as I said previously my model does not officially support Night Shift, so I could not disable it via settings. I have also tried manually creating a new colour profile to fix the tone, but setting the white space value to 9300+ created an equally annoying purple haze, and anything below was still too orange to use. What's worse is that the dock and menu bar are seemingly unaffected by the colouration issue, but every open window is.\

I am the kind of person who stays up through the night programming, and relying on a combination of the bright blue spectrum light from my TV and a copious amount of coffee to make it into the next day with no sleep, so as you might be able to imagine, aside from the fact that all of the colours simply look wrong, and generally washed out compared to what I've come to expect from macOS over the last many years, it also causes problems with my schedule.

Perhaps the most annoying issue here however is that the Night Shift mode doesn't even turn off during the day, so the focused window is perpetually a dingy washed out yellowish colour compared to everything else. Night Shift is the kind of gimmick I could only see myself using in a very limited set of circumstances, but now I'm stuck with it 24/7 and It's making my Mac (previously my machine of choice for just about everything.) just about unusable.

I need some way to control or disable Night Shift via the Terminal, because as was previously mentioned the settings tab doesn't exist for me. Any help is greatly appreciated, and please don't hesitate to provide a suggestion even if you aren't sure, because if this is anything like the No Audio Output Device Detected bug it's likely a lot of people will be having the issue in varying circumstances and will need a universal way to fix it.

EDIT: It turns out the issue is not an incompatibility with my model, but the fact that I am exclusively using an external monitor, and cannot access the Night Shift preference pane as a result. If anyone knows how to trick the system into thinking an external monitor is the internal screen please let me know.

There is also another method described here for making your Mac think that your external display is primary: Fixing Night Shift incompatibility with external monitors

FWIW, I had the same issue immediately upon upgrading to Sierra, and solved it by uninstalling the NVIDIA Web Driver (not the CUDA driver) as seen below. 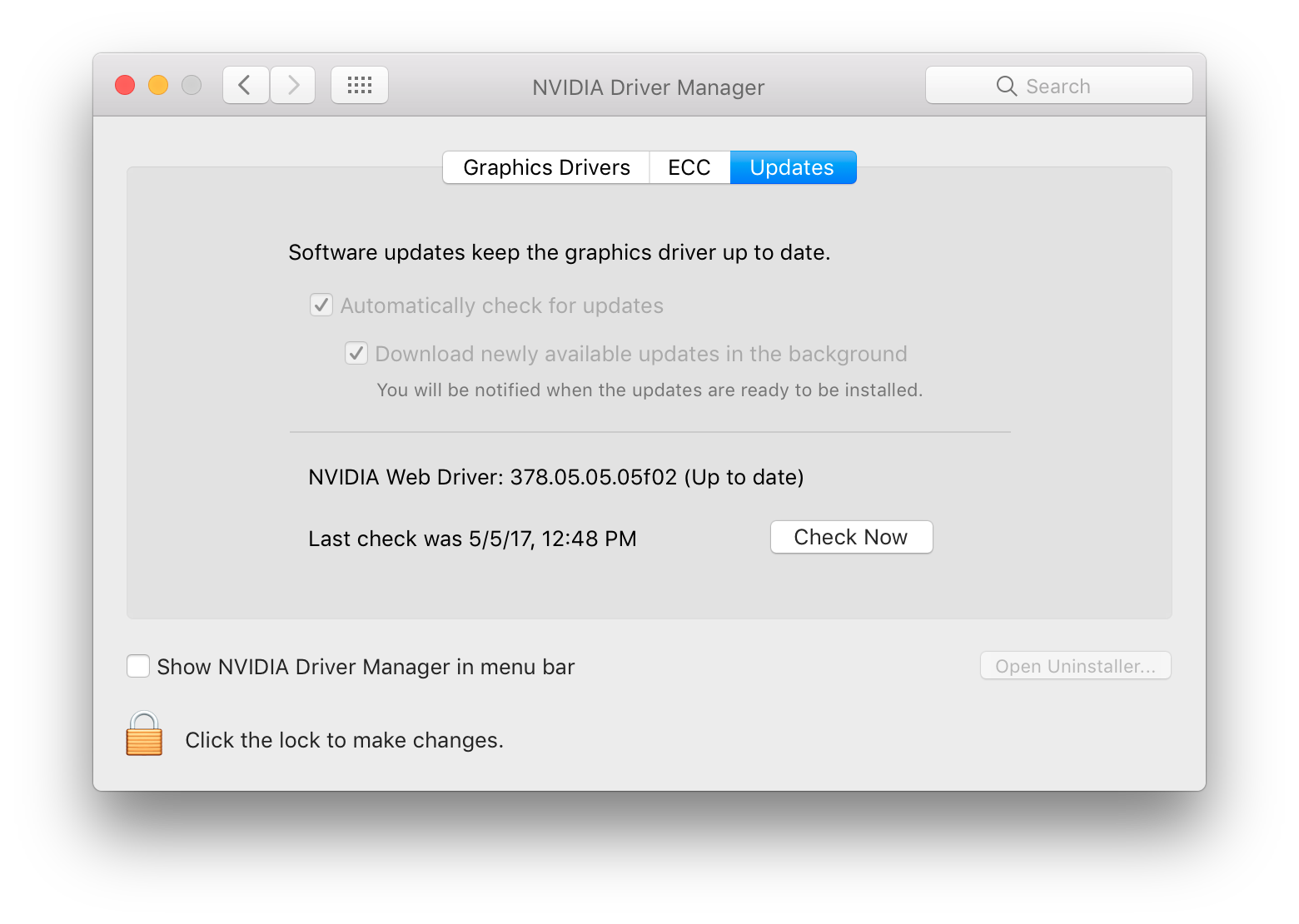 You could try to patch CoreBrightness to pretend your Mac is supported, which should allow the preference pane access to the on/off switch.

See Supported Mac models for Night Shift in Sierra 10.12.4+ for more information and #comment-9146 for step by step instructions.

Night Shift not disabling in the daytime is actually a bug I’m facing occasionally with my supported Mac — seems like a buggy implementation.

Not the answer you're looking for? Browse other questions tagged terminal macos color night-shift .

8
how to permanently enable night shift in Mac OSX Sierra?
5
Night Shift & Flux not working on MacBook Air 6,2 (early 2014) since macOS 10.13.2
2
Disabling hardware acceleration for Night Shift
3
Sending message from Terminal does not work when the Mac is sleeping
0
need to disable Night Shift. How?