My wife has an old Kensington Turbo Mouse Pro (pictured). 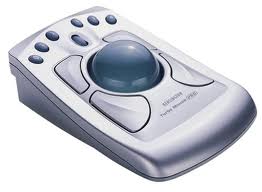 It's built like a tank and refuses to die, and that longevity seems to be causing trouble.

I just upgraded her computer to Lion. The old driver software will not run (I think this is a 32-bit vs 64-bit kext problem). I downloaded the current driver software, and it does not recognize the trackball--my suspicion is that this old trackball is not on that driver's list of recognized devices, but I don't really know.

The thing does nominally work without any custom driver software, but without control over the extra buttons, and with tracking speed that seems too slow.

If there's a way to make Kensington's current driver software work with this thing, I'll try that. If there's third-party software, I'll look into that.

Spoke with Kensington support. They claim new driver software will be released Oct 28. Will update again then.

Your wife has excellent taste in input devices. I use the same trackball daily, and if I can't also find a solid Lion solution, I'll be heartbroken (not to mention much less productive). 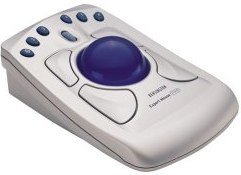 Kensington shipped four models of this type. The Expert and Turbo versions had slightly different coloring, and each came in wired and wireless versions.

According to Kensington's drivers page, TrackballWorks™ 1.1 for Mac was released on Oct 19, 2011.

Installation: Save the DMG file to your desktop and double-click on it. Click on the installer package icon when it appears. Follow the on-screen instructions to install the software.

I haven't been able to get it to work, and I'm not the only one.

Which Kensington trackball models are compatible with the software application TrackballWorks?

Note that all the supported models have numbers greater than K642nn.

The Kensington Expert Mouse PRO and Lion do work together, including all 6 DIRECT LAUNCH buttons and the 4 mouse buttons around the track ball. I haven't figured out how to get the scroll wheel to work, but that can most likely work as well.

You do NOT need the Kensington software in order to make it work either. My solution was to use Keyboard Maestro purchased from their web site (it doesn't work with the sandboxed version from the App Store). Even then you have to add a .5 second pause between commands and use TYPE IT instead of pasting when inserting text.

As an example let's create a macro to assign a double click to the top right button of the track ball:

OK, you now have a button on the Expert Mouse programed, but it is doing nothing. Now you need to do your first action

Now you are all done and can use the top right button to perform a double click.

If you want to use this trackball with all its buttons with a huge selection of programmable functions (you will not get all the original functions, however) go get you a Mac & SteerMouse. You can buy a used MacBook for the price some want for this trackball.

Not the answer you're looking for? Browse other questions tagged macos driver .