Where can I find settings for app review requests?

I recently updated to iOS 10.3 (14E5260b) and noticed one of the new features was a way for developers to request reviews from inside an app.

Some App Store changes are coming in iOS 10.3, allowing developers to respond to customer reviews for the first time. iOS users are also able to label reviews in the App Store as "Helpful" or "Not Helpful" for surfacing more relevant review content, and Apple plans to limit the number of times developers can ask for a review. The update even adds a master switch that lets customers turn off app review request prompts all together.

The last sentence about disabling these reviews is what interests me. However, both a search and Googling for this "master switch" has lead to no avail.

I've also looked manually through some menus. For example, I've searched these menus and sub menus:

Am I just missing something, or does this toggle not exist?

In iOS 10.3, this has been removed, though it was present in the beta.

However, there is hope!

Using the API (which will probably be the only allowed method for review requests going forward), developers can only schedule up to 3 review requests in a 365 day period.
Source: Apple Insider

This will lead to virtually no nagging, and it is rumored that Apple will stop accepting apps that ask for ratings using any other means shortly.

Though it is unfortunate that there is no switch to disable rating requests, this is definitely a step in the right direction, for both developers and users.

In iOS 11, you can find the switch at Settings → iTunes & App Stores → In-App Ratings & Reviews. The switch was first introduced in iOS 10.3 beta 2 but the switch was removed in a later beta and never made it to the final 10.3. 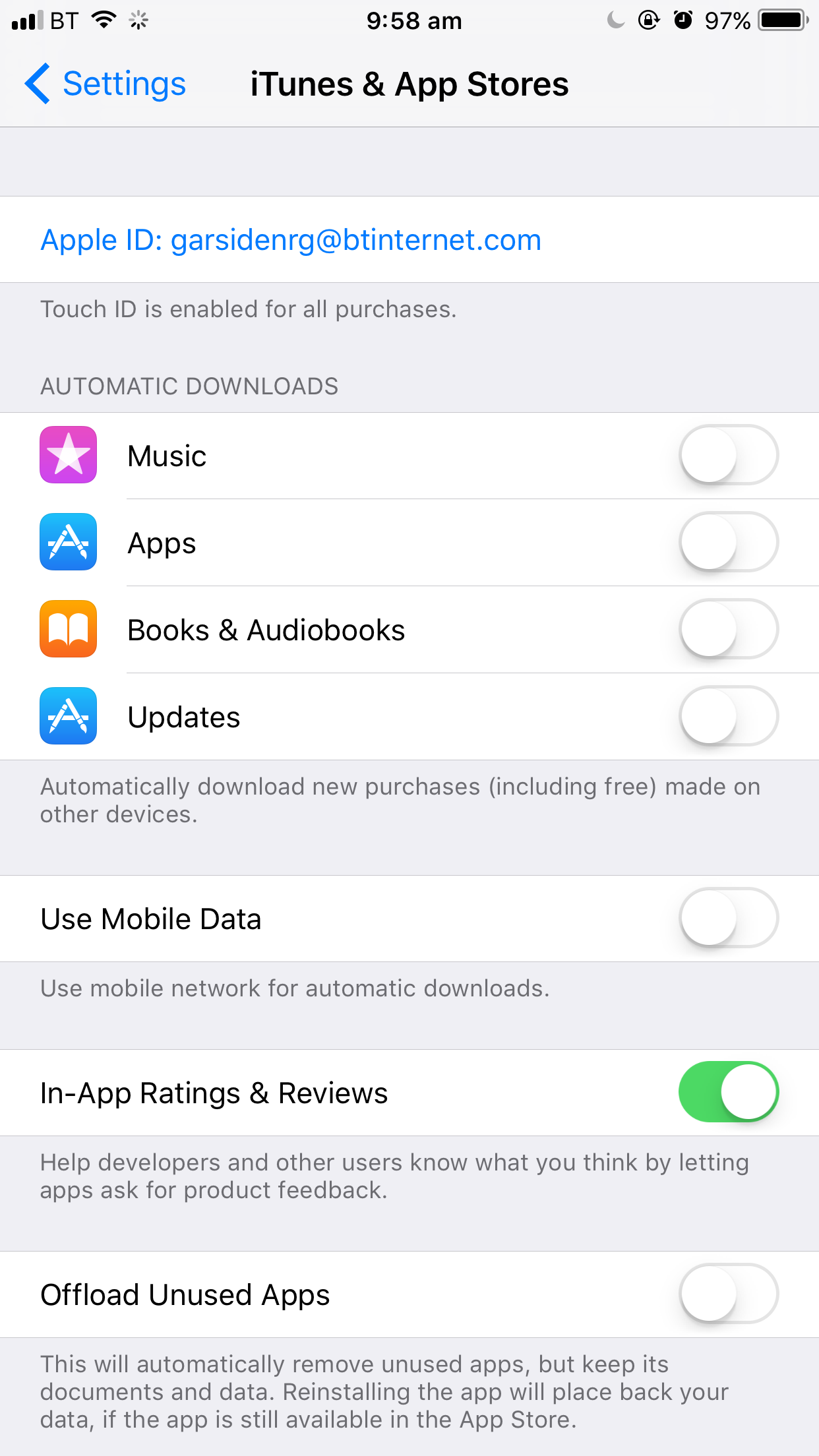 Not the answer you're looking for? Browse other questions tagged settings ios app-store-connect .