Hiding items from the Applications folder without touching them

I have a link to the Applications folder on my dock - basically it's a great, unobtrusive, quick launcher when I'm already using the mouse. 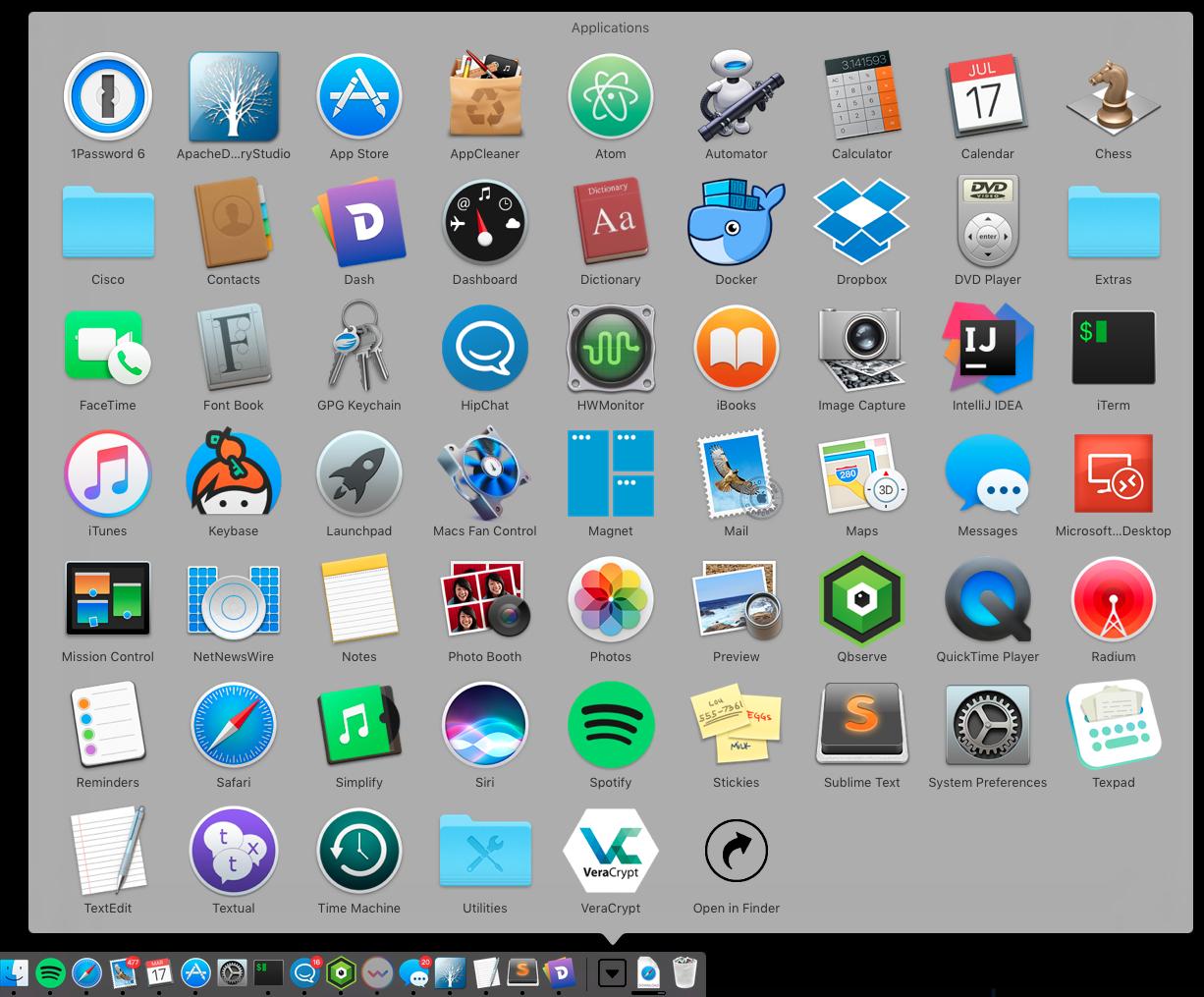 Problem is, it's cluttered up by a bunch of junk I don't want there. Dashboard, which I never use, Photo Booth, and other detritus that just clutters up the view.

I'd like to remove those somehow - but I'm not interested in a number of common workarounds for this use case:

Ideally, I could remove certain items from my "view" of the folder, but leave the actual folder untouched.

Is there a way to do this? Some feature I've overlooked or some app that provides an unobtrusive dock menu?

Go to the Applications folder, then do 'Find', and search for any application whose name is not (X, Y, Z). Save the search, and add the search to your dock. 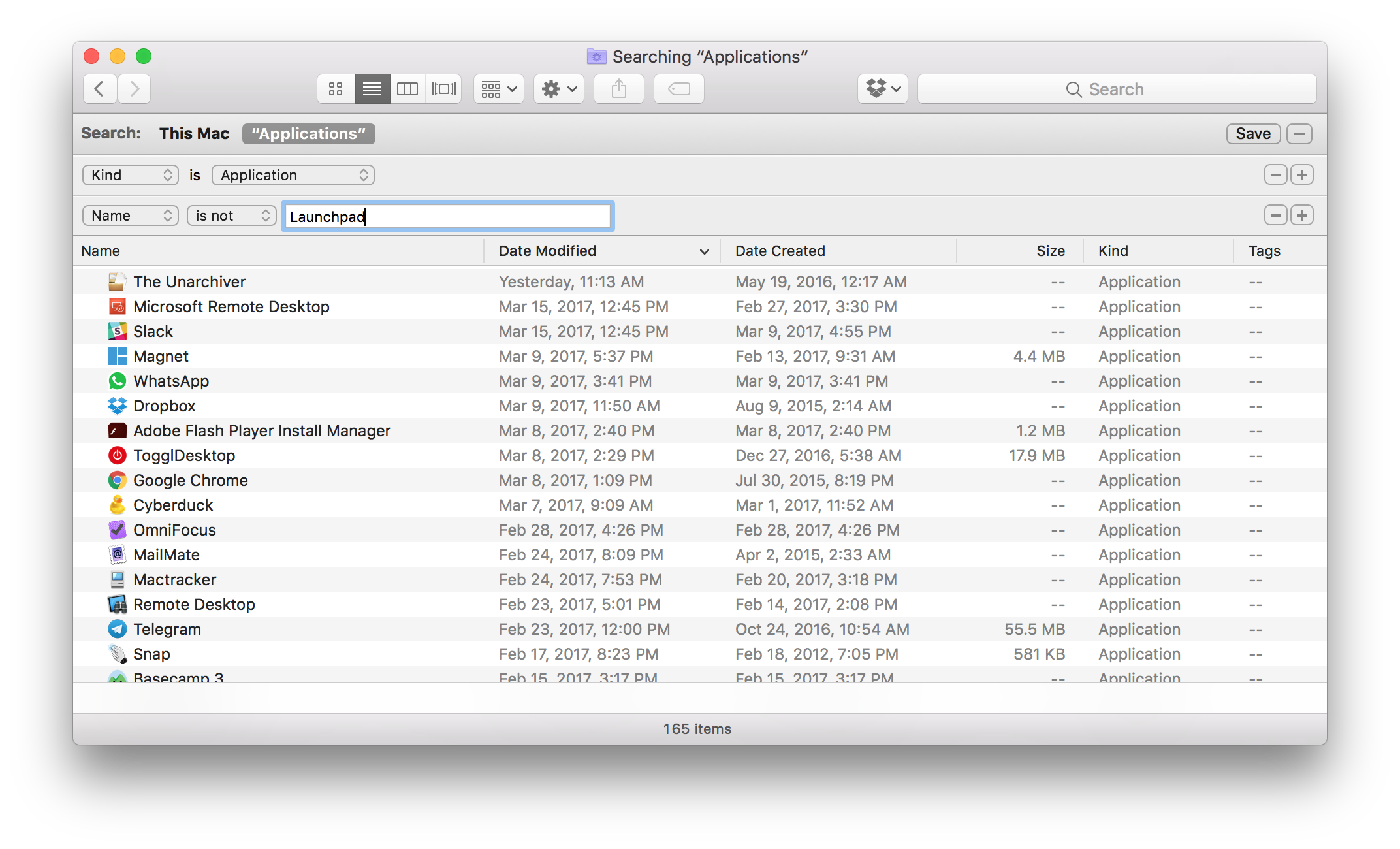 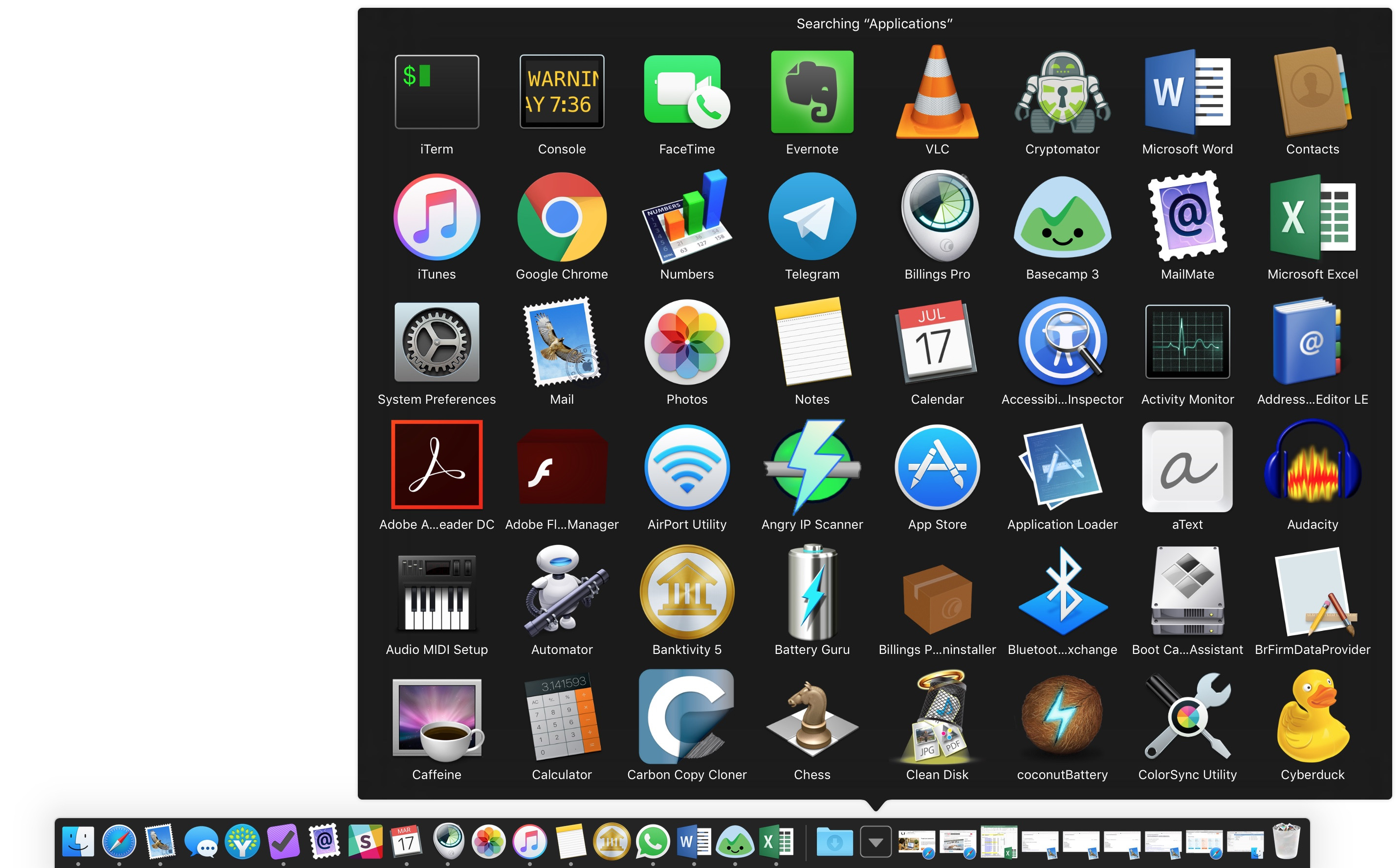 Simply use the Dock!

Add apps which should be accessible immediately to the Dock and remove apps you don't want. Then you don't have go to the Dock and open a folder and choose an app but you can simply launch that app from the Dock.

You should be using Launchpad to achieve this. Launchpad will give you a similar view and allow you to organize all your apps in folders and separate pages (similar to iPhone).

You can drag the icon (Grey rocket ship) to your dock and/or set up "hot corners" (found in screen saver settings) where if you move your mouse into a chosen corner of the screen it will bring up launchpad.

Not the answer you're looking for? Browse other questions tagged finder macos dock .

10
How to remove or hide Apple applications from my app folder?

11
How can I specify a custom icon for a Dock stack?
2
OS X 10.8.5: Can I move icons around in the dock and not have them stay there when the apps are closed?
6
How to remove dock shelf from Mavericks?
1
While moving files in Finder, how to prevent the files from hiding the target folder?
5
How exclude a specific folder from spotlight search but not from search window?
1
Remove applications from 'cmd'+'tab'
18
How to set Finder to *always* use list view
2
Deleting Photos From "Photos" App Does Not Delete Them From Local Drive
0
Dock Question - Application folders with the Applications
0
drag folder shortcut to the left side of the dock