AppleScript: How to open a file in TextEdit, without bringing the other TextEdit windows to front?

I have the following AppleScript code that opens a specific file in TextEdit in a window with predetermined bounds:

The problem with this code is that, if I have any other TextEdit files open, the code will also bring the other documents to the front as well. I would like, however, that only this one, specific text file is brought to the front.

When I remove the activate line from the code:

the file is opened, but its window is not brought to the foreground.

Here is a visual representation of what I've described above. I had zero windows minimized on my computer when these screenshots were taken.

This is what my screen looks like before the AppleScript is triggered: 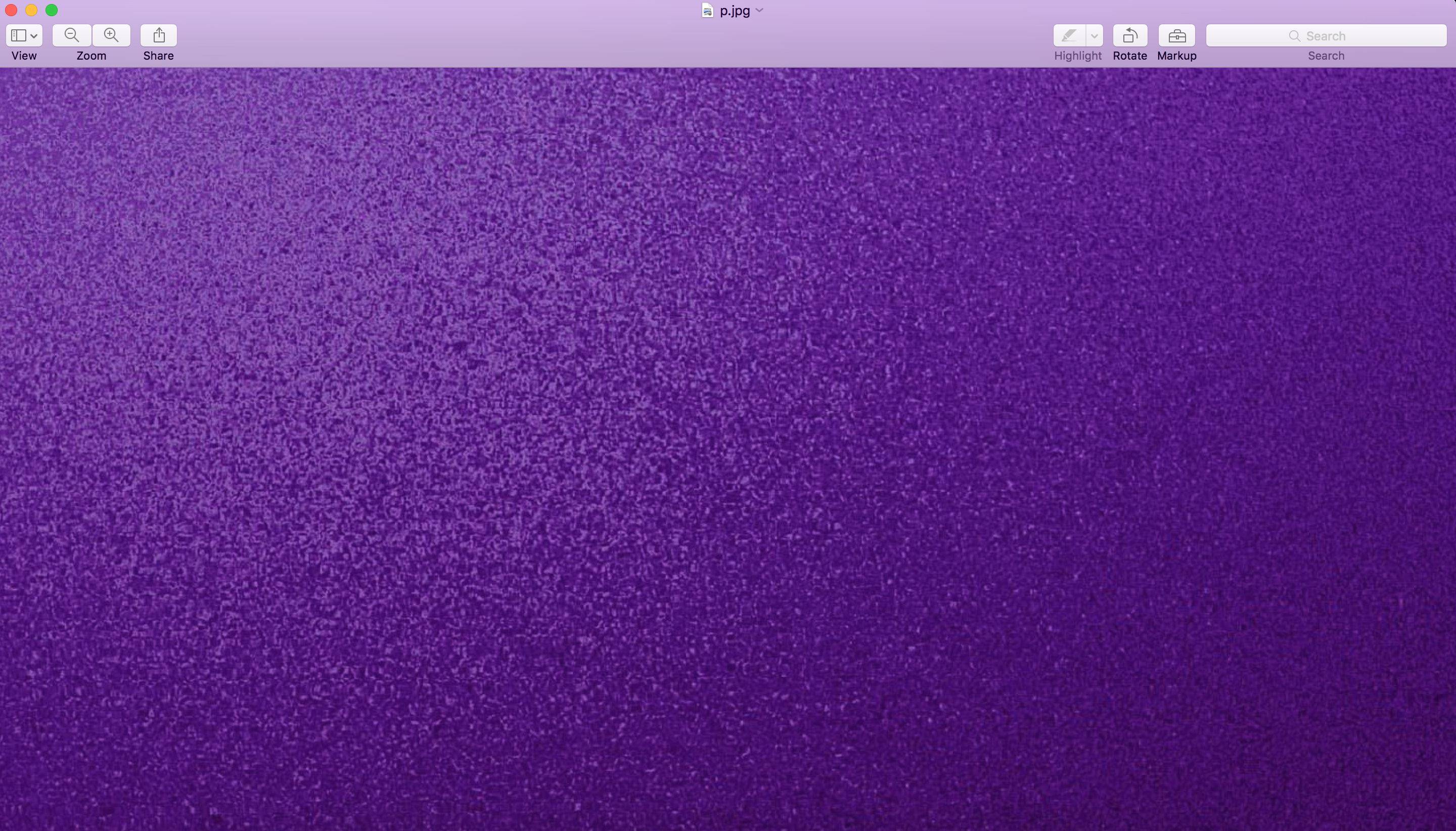 This is what I want my screen to look like after the AppleScript is triggered: 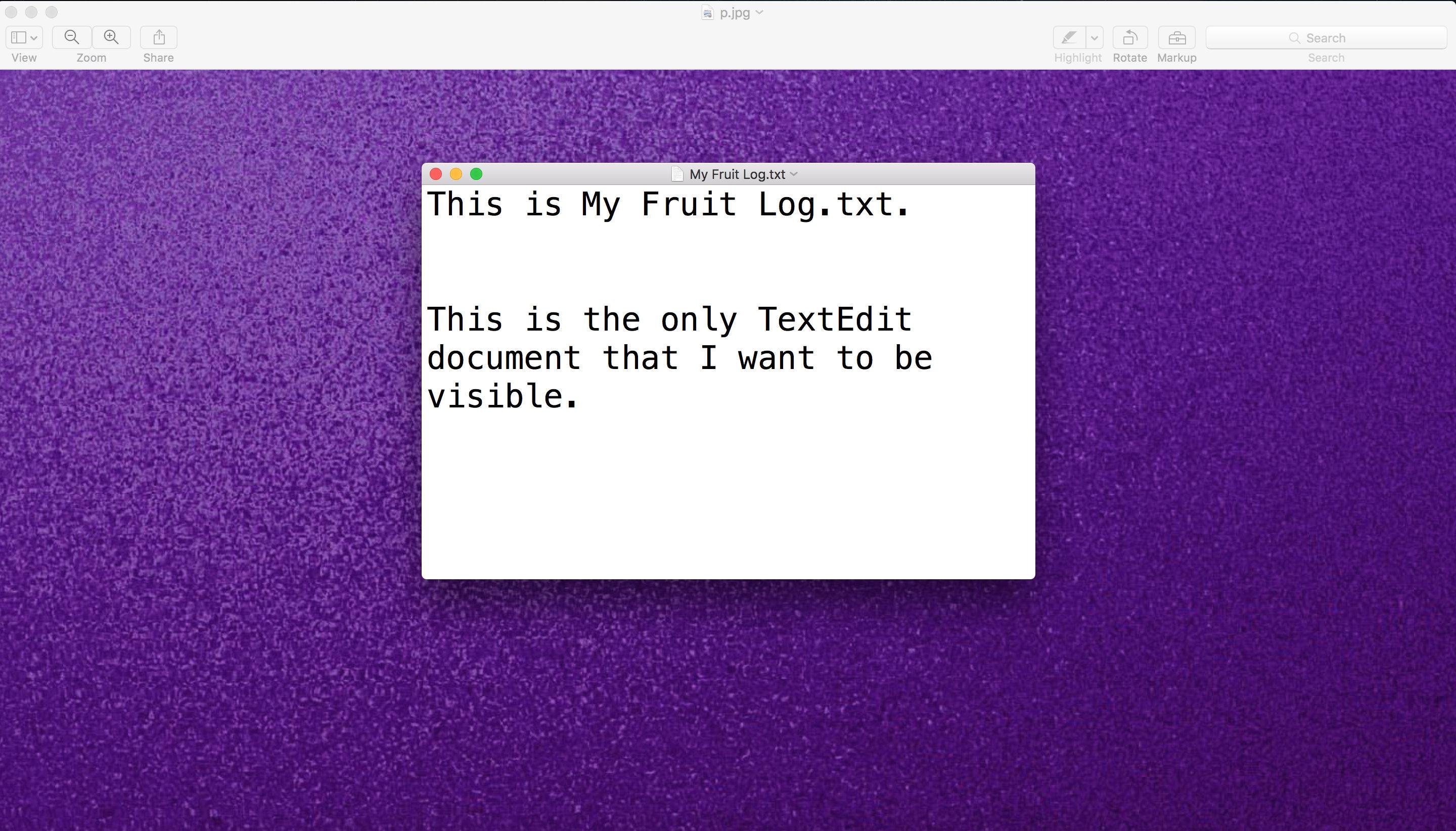 This is what my screen currently looks like after the AppleScript is triggered: 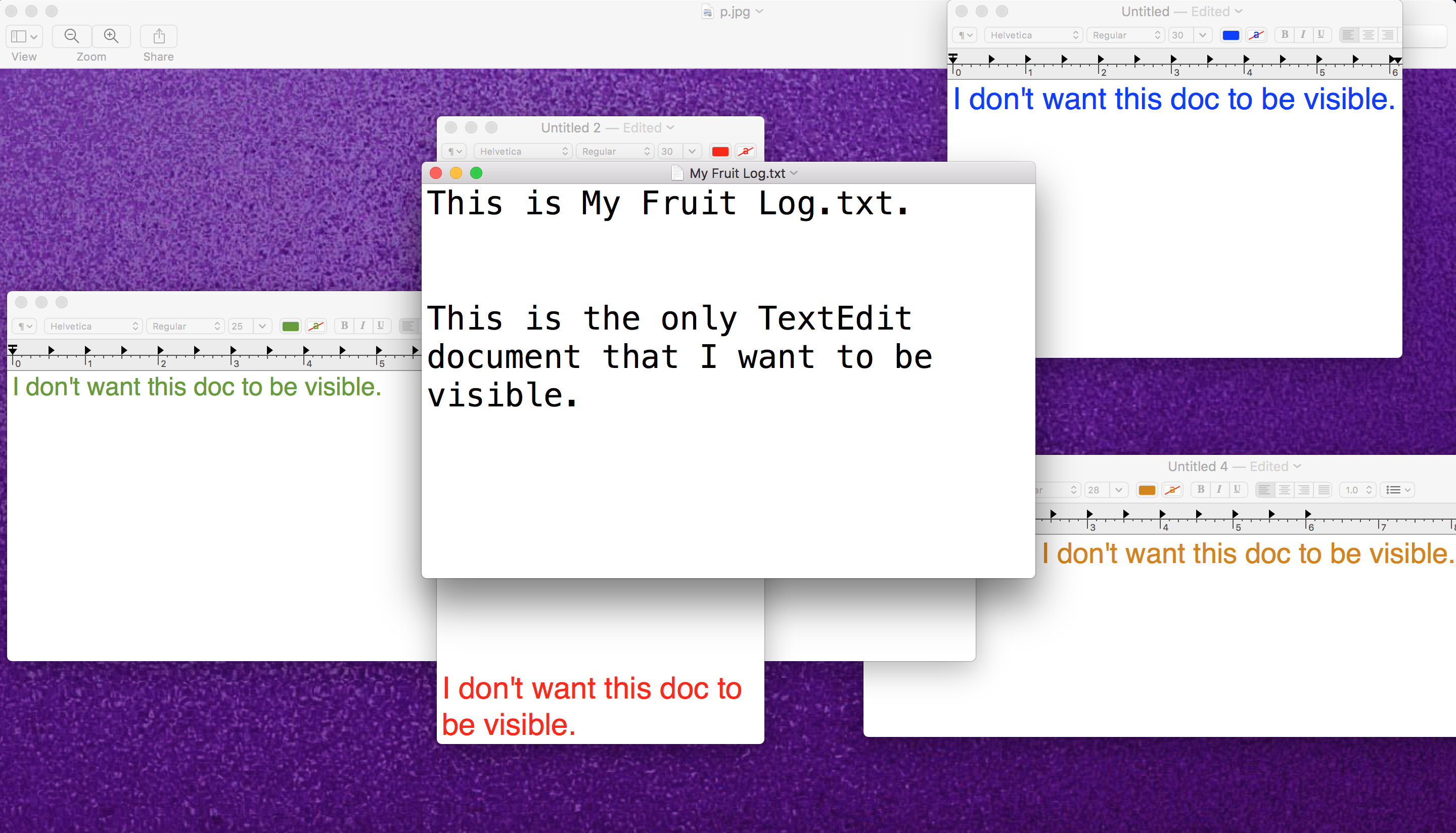 In the interest of full disclosure, my code also moves the TextEdit cursor location after opening the file. I don't know that this would affect a potential solution, but here is the additional code that follows the above passage (x is an integer that is assigned beforehand):

I think the problem you're having is that you've misunderstood what is actually going on. Let me try to explain...

The first question to answer is why were the windows missing from your first screenshot not visible? Obviously, the My Fruit Log.txt file was not visible because it wasn't open yet (i.e. your script hadn't run yet). But what about the other windows? There's only three possibilities:

In your scenario, it's almost certain that Option 2 applies. So, while it's not what you want to hear, your script is actually working the way it's supposed to in macOS. The only way I can think of at present to achieve what you want in a practical way is to ensure that your script minimises all other windows except for the one it's just opened. For example, you could achieve this with the following code:

As you can see, I've just added two lines of code. I think they're fairly self-explanatory - They just tell TextEdit to minimise any window that meets these two conditions (1. it's not the front window and 2. it is visible).

Hopefully this works for you - but if not maybe someone else comes up with a better solution.

I'm sure that there are other methods to identify the windows. You could also do something like this… where a list of windows from the second to the last is used.

The key term here is 'visible'.

Not the answer you're looking for? Browse other questions tagged macos applescript textedit .

9
Activating screen saver from AppleScript in Mountain Lion
23
How do I focus a specific window with applescript without doing an activate and bringing other windows to the front?
1
Dimming chase on Applescript
2
Is it possible to change the default window size of a .txt file in TextEdit?
3
How to create a blank RTF file in AppleScript?
1
How to change the size of a Google Hangouts window in AppleScript?
3
Mac Sierra - Batch Convert Pages to Plain Text
0
AppleScript: How to right-click, without deselecting text, in Google Chrome?