An Apple TV tried to AirDrop me a system diagnosis archive. What happened?

I was using my macbook, which is running macOS Sierra 10.12.1 (build 16B2555), normally until this airdrop notification appeared:

Out of curiosity, I accepted the AirDrop and an archive started downloading.

The item finally downloaded, and I discovered it was an archive! To be exact, it was a .tar.gz file that I unzipped with archive-utility. 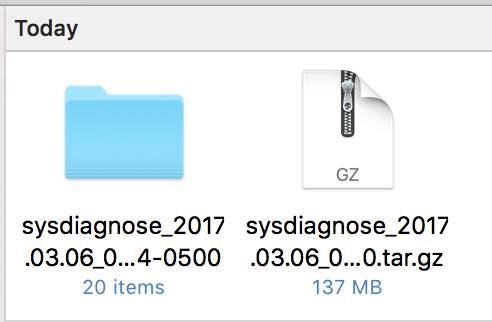 There are only 2 Apple TVs that could've sent me this file. Both are signed into the same iCloud account, but haven't been touched when the AirDrop request appeared. In fact, neither had been connected to the new Internet router we had installed earlier. I looked in the crash file and it mentioned TestFlight and other tvOS apps, meaning it's the 4th generation Apple TV.

A few hours later, I continued working until I got the notification again. I downloaded another error log and decided to look at it. Here is my error_log.txt:

What happened? Did the fourth-generation Apple TV crash, or was is something else?

The Apple TV supports creating sysdiagnose bundles and sending them over AirDrop. Apple staff recommend this regularly on the Apple Developer Forums.

To capture a sysdiagnose, hold down the Play/Pause and - buttons on the Apple TV Remote for six seconds, until you see a dialog confirmation on-screen. From there, follow the instructions to AirDrop the sysdiagnose off the device.

It's possible something's accidentally held down the buttons on the Apple TV remote (since they are next to each other) which has caused this action.

AirDrop must be a fairly new feature for the sysdiagnose functionality since the guide for creating a sysdiagnose from an Apple TV on the Apple Developer site still says a USB-A to USB-C cable and iTunes are required: Apple TV sysdiagnose Logging Instructions (link behind developer login). 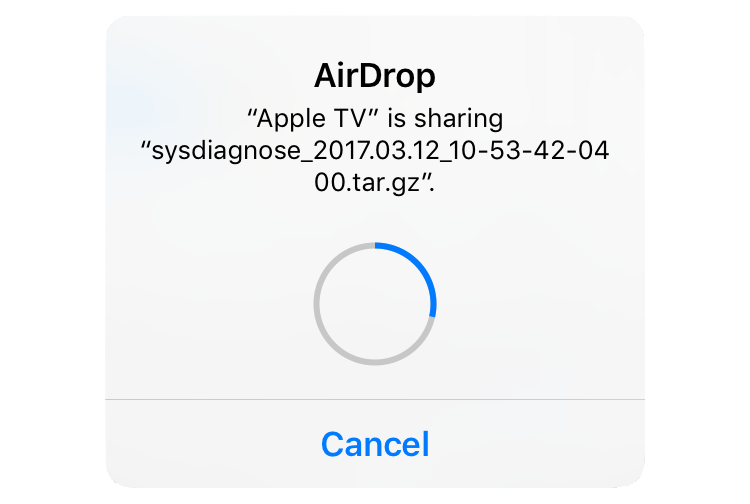 Not the answer you're looking for? Browse other questions tagged macbook-pro macos appletv airdrop .