I have found the same issue with other apps too, but this is the one I remember. So, I am not sure if it's an OS level issue or an app issue.

I using an app named "4k Video Downloader" (it downloads youtube videos). When I edit the name of the file before saving it, I am unable to paste text with ⌘V but I have the option to paste in the context menu. I have also observed that the app does not have an edit menu on the menu bar. Am I unable to paste via the keyboard as the app does not have edit in the menu bar or is it some other issue?

This is an observation that I have made and as a new Mac user, I just trying the OS better. This is not a support request for "4k Video Downloader". I have observed this in other apps too, but I decided to dig into it after I observed in this app.

Below is the screen grab in case, I have not explained the issue concisely. 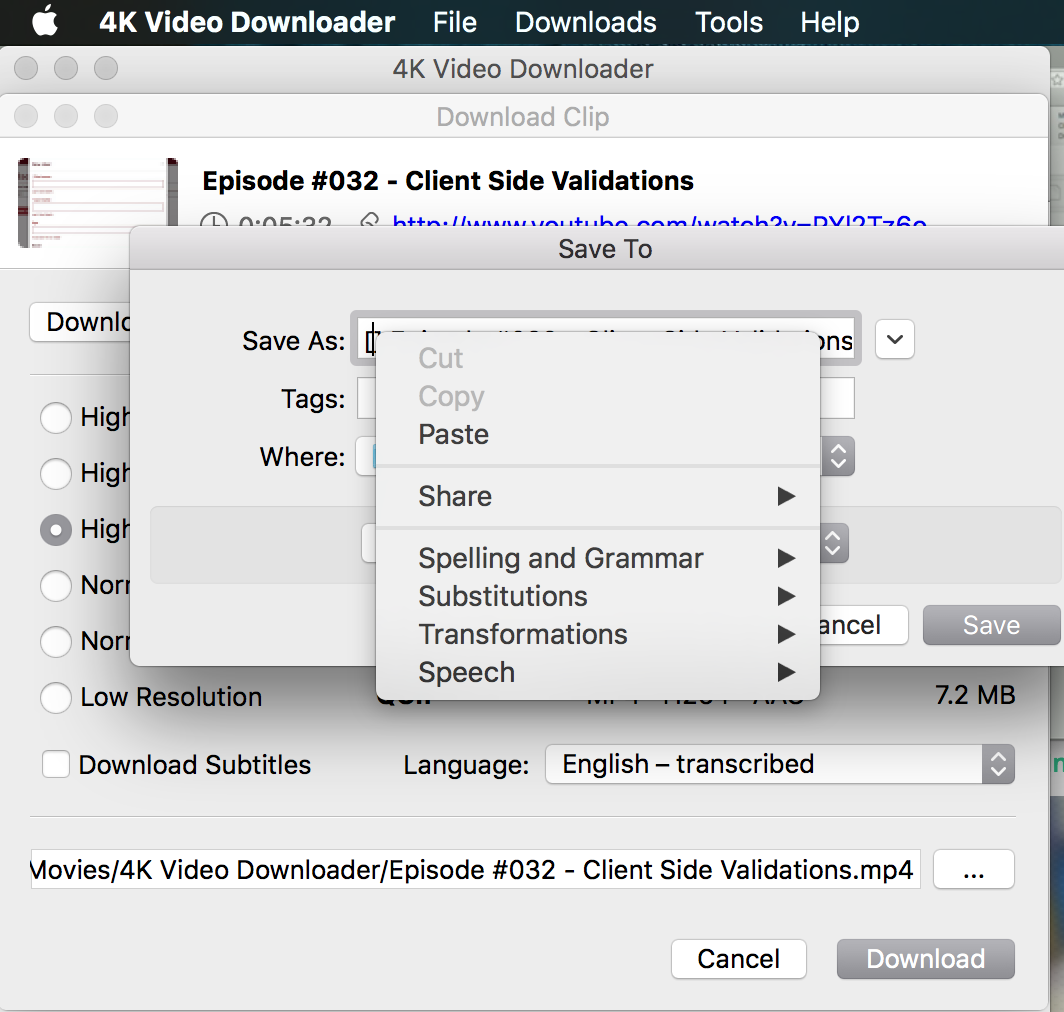 50
How do I remove duplicate “Open With” context menu items in Finder.app?
28
Control-F2 “Move Focus to Menu Bar” only works occasionally
26
OS X right click/context menu via keyboard
4
Deselect text using keyboard shortcut or prevent selection of word/link on right click
1
Hotkey to menubar app in Mavericks
1
Microsoft Outlook does not properly handle redefined “Paste” keyboard shortcut
1
How do I reset the settings of an app that only shows in the menu bar? (Chatty - facebook messenger)
2
Can't use CMD+V Shortcut to copy paste into certain apps, but right click menu works fine