I am a web developer & graphic designer, both professionally and as a student. This means that in a typical day, I have at least 2 Adobe Creative Suite apps open (Illustrator and Photoshop, usually also with XD and/or InDesign), Brackets, Terminal with my SASS Compiler and LocalHost running, and Chrome in a couple windows, one window running whatever website I'm working on and the corresponding Stack Overflow questions, and one window with my school work (and more Stack Overflow). This is, undeniably, a heavy load. 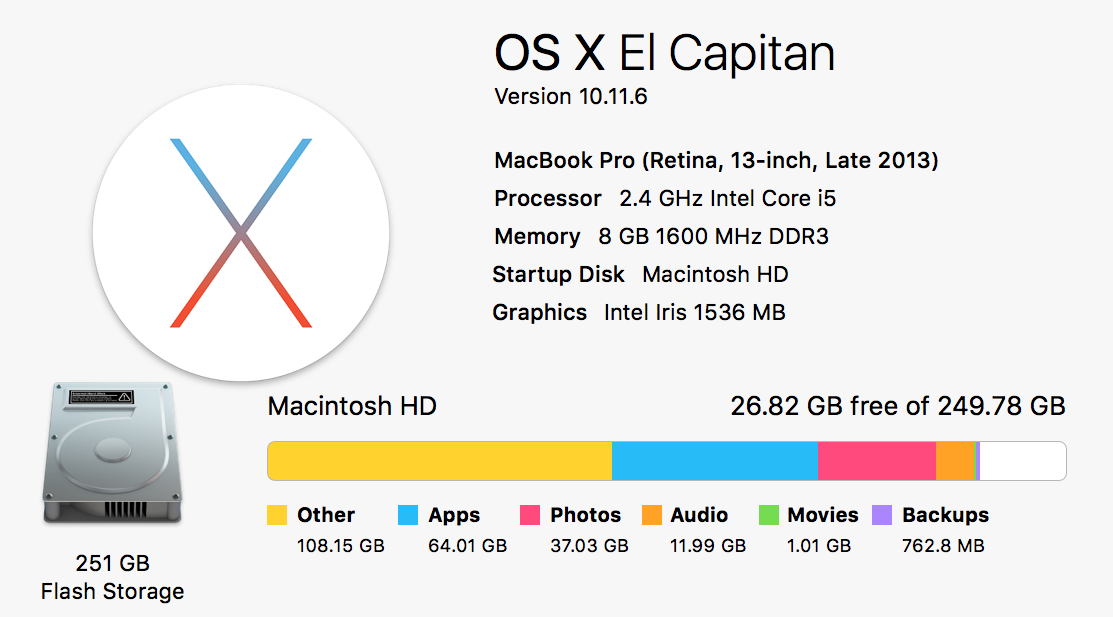 I also have CleanMyMac3, aka my Best Friend™️.

This thing is constantly freezing. I mean, it's bad. The other night, I was trying to clean/organize my files, and every. time. I'd try to change the Finder window to a new folder, I'd be waiting with the spinning circle of death for a minute or two. This particular time, I also wasn't on a heavy workload. I had Chrome, Brackets, and the usual Outlook and Messages open. Checked CleanMyMac: once it loaded (a few minutes later), I had a little under 300MB of RAM. Looked on Activity Monitor, my CPU was running at 90% capacity (idle between 10% and 15%). Remember, I had a moderate to light workload on it. To fix it, usually I can just restart. This has been happening for months now: randomly, my computer would freeze and go into this mega-slow state, but restarting and cleaning up my startup disk fixed it for a month or two. Within the past month, however, it's been getting so much worse: freezing more and more often, and living for shorter and shorter amounts of time after the restart and clean. Today, I've restarted twice because of it freezing. I'm ready to throw this laptop out of the window.

Please keep in mind that I have to put this heavy of a workload on my laptop. It's what I do. I cannot just stop running these "heavy applications" (as many other websites have suggested). I'm of course having some other troubles, that come with age (I bought this back in mid-2014): Bluetooth barely works (a problem many MacBook users have, as I've found), the hard drive is too small, it's running a little hot, there aren't any USB-C ports, and it's overall taken quite the beating and is falling behind. Is there anything I can do to try and save my poor MacBook, or is it time to retire and find something new? I'm looking to upgrade, anyways, as I know my workload is growing too much for my poor baby. I just want to try and milk this guy out as long as he'll last.

--UPDATE-- I've also downloaded some system monitoring software, and it's telling me that my CPU Proximity sensor is running around 140 degrees.

That's definitely a big load but it doesn't sound seem like it's too much for those specs. It's tough to troubleshoot something like this with a single answer but my guess is that there's an issue with your SSD.

Others have given good advise about diagnostics and maintenance but i will reiterate the important points -- You have a combination of to little free space left on your ssd and to little memory for the processes you are running.

Put the maximum amount of memory in your machine that it will hold and clear some space on you ssd or get bigger one.

As you have no doubt found, troubleshooting is often a process of elimination and requires patience.

My initial thoughts are that your issue involves the SSD (you don't have a lot of free space for starters). However, the other thing I noticed is what you haven't yet tried as part of your troubleshooting.

It would be good to start your MBP in Safe Mode to see if your Mac runs any better during Safe Mode or afterwards when booted normally.

To start in Safe Mode:

Once you've tried these steps let me know how you went and we'll go from there.

It's not clear from your question exactly how you reset the SMC, so just to be thorough it'd be good for you to follow the steps below on how to reset it for your particular MBP.

Before doing this though I'd like you to reset your NVRAM again as follows:

Note: When you log back in you may need to readjust some of your system preferences (e.g. speaker volume, screen resolution, startup disk selection, time zone information, etc).

After booting up, follow these steps to reset the SMC on your particular MBP:

Let me know what change in behaviour you notice (if any) upon rebooting.

Not the answer you're looking for? Browse other questions tagged macbook-pro hard-drive ssd memory cpu .