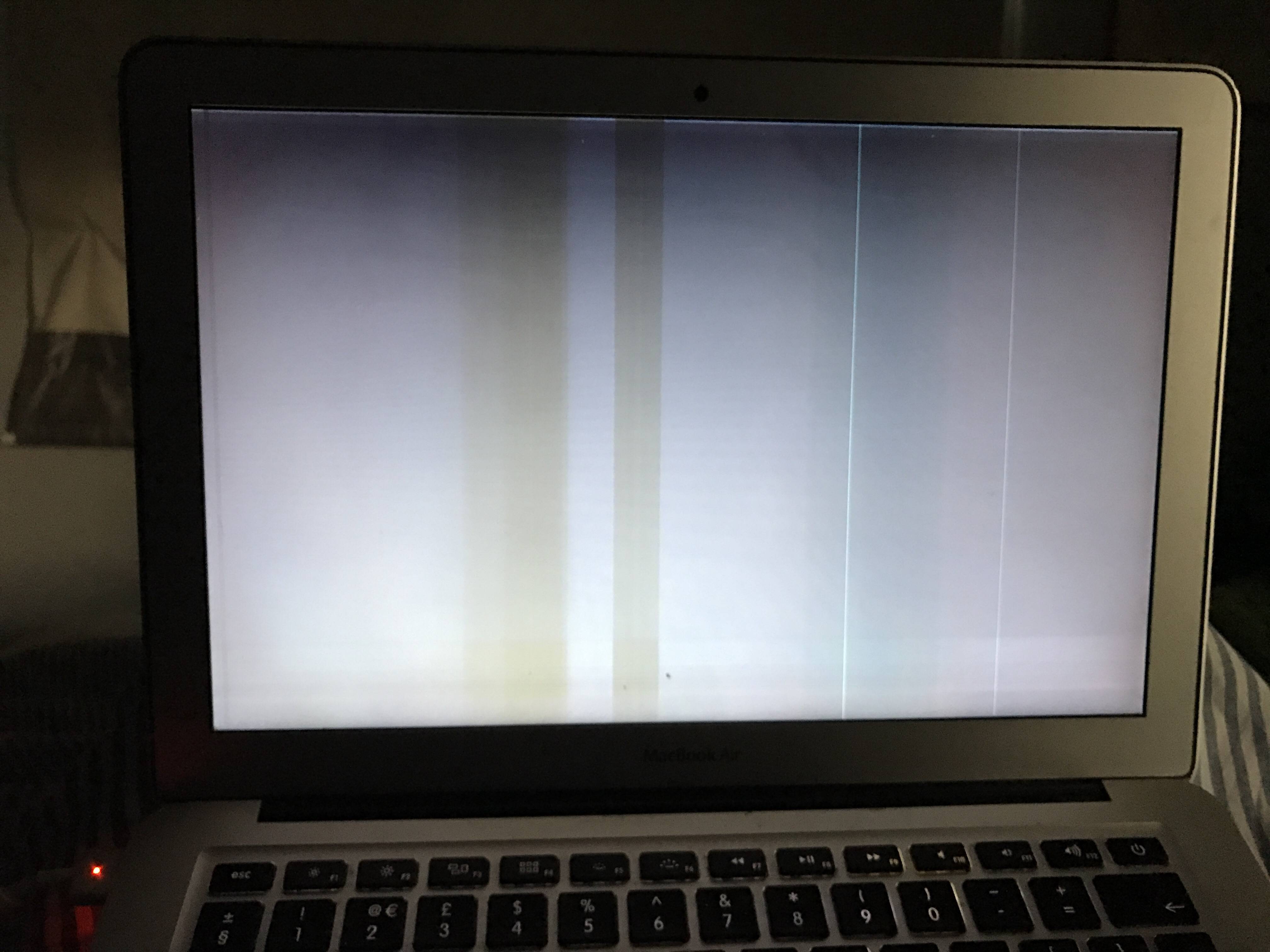 Yesterday when I was using my Mac, a small area of altered appearance appeared to the lower part of the screen (the section in the image with horizontal lines) but was just blurry and the rest of the screen completely fine and the computer itself perfectly usable.

I've opened it up this morning to see this screen. I've tried rebooting holding cmd alt P R and the same thing happens. The vertical lines change slightly when rebooted but the horizontal remain the same.

I'm not aware of it having been damaged in any way and I don't have access to an external monitor to investigate further.

Any suggestions on the potential cause?