Why does a 12 inch Macbook refuse to turn on with a lot of battery remaining unless it is plugged in?

This Early 2015 12 inch MacBook was showing 75% battery remaining, and when I plug in my iPhone to try to record the iPhone, the Macbook began to sleep and refused to turn on when I press the power button. It showed the "Plug Me In" icon.

So I unplugged the iPhone and started charging it, and then it would turn on right away, and showed a 69% battery level.

So why did it refuse to be on at such a high level of battery remaining and how can it be fixed or prevented?

Assuming it is a 12" MacBook (implying at most it's still a little shy of being a couple of years old) and not a 13" model (which could be a lot older), then the first thing I'd do is reset the System Management Controller.

For a 12" MacBook you reset the SMC as follows:

Once you've done this report back on how it went.

If in fact it's not a 12" MacBook, then please update your question with the exact model so we can make sure we're providing accurate advice for your model.

If a battery driven device (a MacBook in this case) doesn't turn on without the AC adapter plugged in it means that the battery cannot supply enough current to power the device.

The "75% battery remaining" is a calculation based on how much charge the battery has verses it's full capacity and the electrical current it's capable of delivering at that moment.

When the battery drops below a certain amount of voltage, the overcharge/undercharge protection circuit kicks in and kills power to the device. What's happening with your battery is that it can no longer hold a charge. Even though it has calculated 75% charge left, the voltage drops too low too quickly and the MacBook will turn off/go to sleep.

Basically, your battery can no longer hold a charge and is going into hibernate/sleep mode. This is expected behavior.

This being a 2015 MacBook, it's unusual for a battery to have such a short lifespan, though it's not unheard of.

Batteries typically have a useful life of 3 to 5 years. So, less than 2 is concerning. If your product is still under warranty, you should get the battery replaced by Apple; it's covered under AppleCare if that is still in effect.

If you don't have AppleCare, it can still be fixed relatively inexpensively. 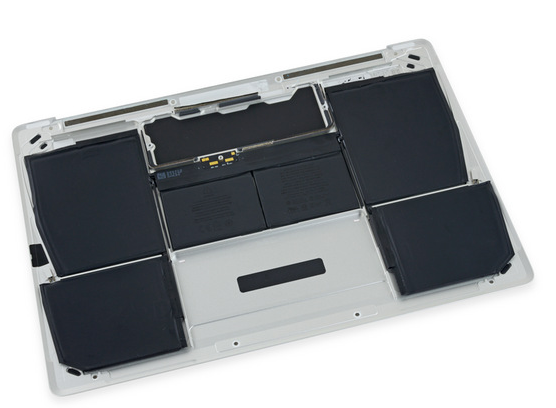 However, the good news is that if you have the technical skill, you can replace the entire bottom case assembly (PN# 661-02245) for this unit as it includes the battery ($130USD at the time of this post). Ifixit.com has a guide for you to follow or you can take it into an Apple Repair shop.

Not the answer you're looking for? Browse other questions tagged macos macbook-pro battery .

4
How to determine the cause of MacBook battery not charging?
4
MacBook Pro battery drains quickly
1
Reset SMC with absent removable battery
1
Does my MacBook battery have an issue?
1
Is 5-6 hour of battery life normal for 4-year old mid-2013 13" Macbook Air?
0
Is there a way to make Macbook 12 inch or Macbook Air not charge an iPhone when plugged in?

6
Does the MacBook battery cycle count reset when replacing a battery
3
MBP 13 early 2015, but battery was manufactured at November 2016. Why?
3
MacBook shuts down with 60% battery
3
Why is my MacBook Pro showing the low battery screen while at 100%?