My early 2011 MBP stopped booting up. It now shows only a grey screen after about 1/3 of the boot up process. I tried Verbose mode, where the last lines visible before the grey screen can be seen in the picture. Could it be a faulty GPU? It is a MBP from the era with defective AMD GPUs. So far I never had problems with it. 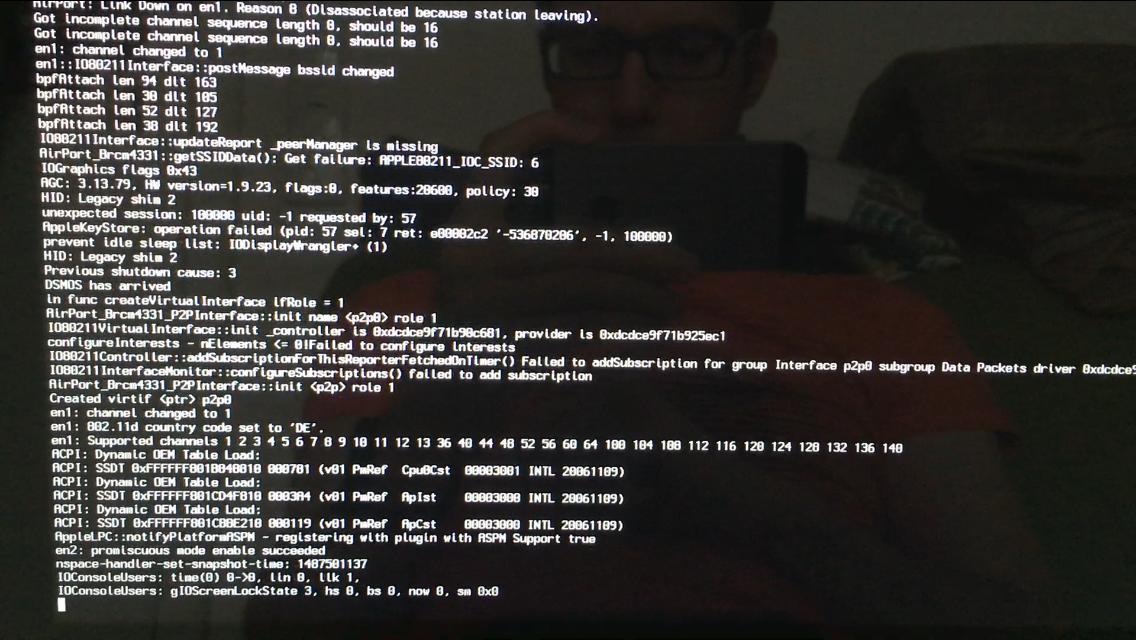 I've read that I can disable the AMD gpu by moving away the AMD kexts. However single user mode gives me sandbox violations if I do this.

The problem exists if I try to boot into Safe Mode as well.

I have run AHT extended and get a 4MEM/9/40… error. I guess this means the RAM is bad? Now trying only one module at a time.

With only one module, I don't get errors. Tried three AHT passes. However I still can't boot. Not even recovery with Cmd+R. Next step: internet recovery.

SMC reset did not help either. I fear I am out of options. I guess I'll have to get the machine to a service place…

I had the same problem. Your GPU is dead. There was a recall awhile back for my late 2011 model. Maybe Apple will honor it and repair yours for free.

Any grace the corporation might have shown you has expired. Free repairs are not offered anymore.

Since all MBPs from that era are defective by design it is impossible to keep them around for the amount of time you would expect from a quality product. Apple's usual procedure is to replace a faulty logicboard wholesale with another faulty logicboard. This is a braindead solution and only a temporary fix currently only still possible through Apple and "Apple Authorized Service Providers" (AASPs) in California or Turkey. Company obsolescence policy prohibits AASPs from performing a logicboard service for machines this old, and even if AASPs were willing to perform a replacement they will not get any replacement parts from Apple.

Only independent service providers might be able to exchange the GPU or even the whole logicboard.

If this machine is still around then it can be partially resurrected with a procedure like this:

This change in software configuration bypasses the AMD GPU on boot through a forced EFI variable in NVRAM and gives you a few more usable weeks with a "zombie" MacBook Pro.