Possible to run scripts on sleep and wake?

Is it possible to run scripts on sleep and wake events?

My specific application is that I've got Dropbox-synced Truecrypt volumes that I regularly use on both my MacBook and iMac. I rarely shut down my MBP since closing the lid is much faster and easier, but this means that I have to remember to dismount my Truecrypt volumes and let them sync back up before closing my MBP. It's trivial enough to script mounting/dismounting of them, but I'd like to go a step further and have these scripts run automatically.

It appears that as the OS ships, sleep/wake cannot trigger scripts, but third party solutions have been developed.

I have no personal experience with these programs or their vendors.

SleepWatcher may be of use.

From the description: It can be used to execute a Unix command when the Mac or the display of the Mac goes to sleep mode or wakes up, after a given time without user interaction or when the user resumes activity after a break or when the power supply of a Mac notebook is attached or detached. It also can send the Mac to sleep mode or retrieve the time since last user activity.

This is my own app, so consider that, but ControlPlane has the ability to do actions based on Sleep/Wake. You'll find it at http://www.controlplaneapp.com/.

ControlPlane is a fork of MarcoPolo and has been updated to run on Snow Leopard and Lion.

I developed the following simple Launch Daemon to provide a 'wake' trigger for scripts on Leopard:

You can replace 'say w' with your code. I write a date to z but you could change this to write anything. You may need to increase 'ExitTimeOut' for some scripts. My Launch Daemon resides at /Library/LaunchDaemons/wake-alert.plist

The Launch Daemon watches DirectoryService.server.log and writes to a temporary file provided the file is empty. The file is cleared by a log 'Sleep' entry and by Shut Down.

If you use 'fast user switching' to sleep you will find that scripts which require a logged in user will attempt to run too early and fail unless you modify the Launch Daemon - perhaps grep 'Succeeded' in 'secure.log'.

Was interested in that question previously but didn't find any step by step guide on how to achieve it. Solution is based on open-source tool called sleepwatcher and apple launchd Was inspired by this article

Hope it will help anybody :)

I use Keyboard Maestro (https://www.keyboardmaestro.com/), no affiliation. It can trigger an action when system goes to sleep or wakes up among tons of other features to ease working with Mac. 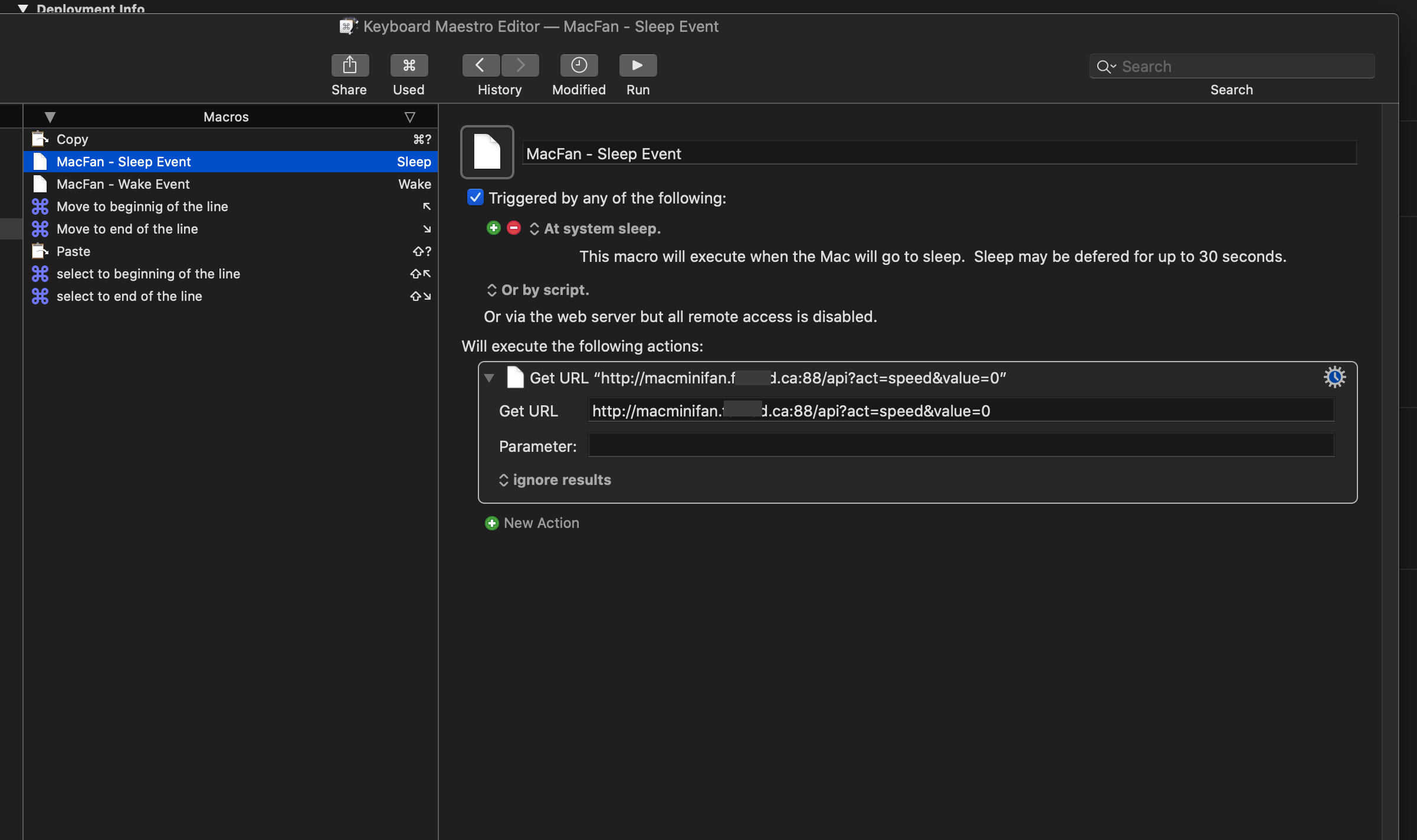 I used the sleep/wake events to trigger a url that connects to an IOT device that I designed to control an external fan that I put on top of the Mac Mini (Mac is upside down). 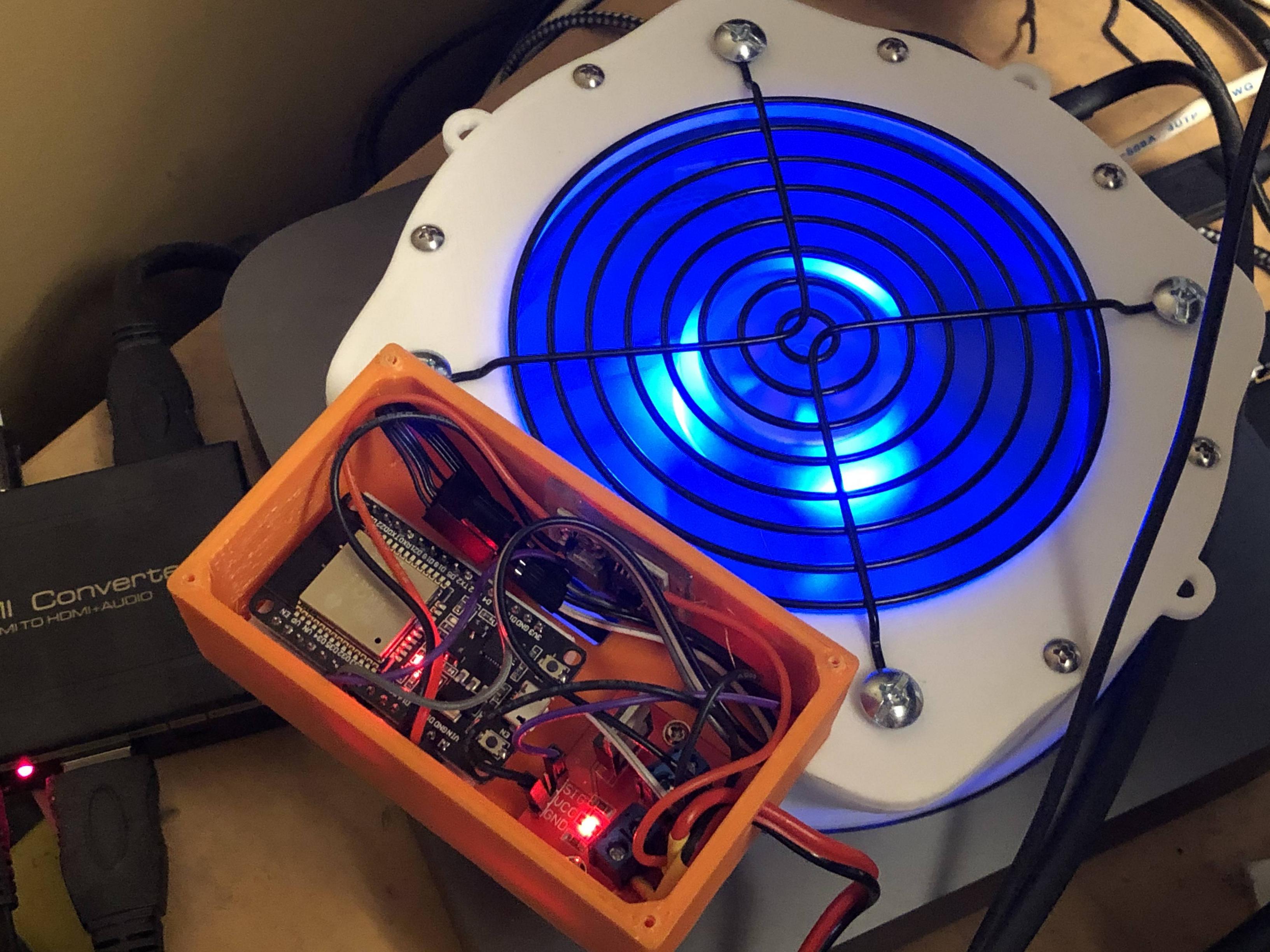 Another program which you might discover and be tempted to try is EventScripts. Although it is a very impressive program which I would recommend in general, after testing it for this purpose it does NOT actually appear to be able to trigger scripts quickly enough for them to run before your Mac goes to sleep, and instead the sleep script will not run until after the Mac has woken up, which (obviously) defeats the purpose.

I hope to save you and anyone else reading this the hours of testing it took me to come to this conclusion. I'm sorry to have to say that it failed, however, because in so many respects it is a really nicely designed and quite powerful and flexible program. It's also quite inexpensive ($3). The low-level performance just doesn't seem to be there, however, for running a script before sleeping.

On the other hand, in my tests (so far) sleepwatcher has appeared to be quite reliable and fast. It's also free, which is awesome. I'll keep testing and if I find it to not work sometimes I'll update my answer, and keep testing other options.

UPDATE I have not found sleepwatcher to be consistently reliable since originally writing this answer, although it initially appeared to be working. In my case I don't need to run arbitrary scripts, but instead just eject external drives. I've found a small and inexpensive app that does this very well so far: Jettison. This has very quickly become one of a small handful of utilities I can't live without. If your needs are the same as mine, I think you'll find it well worth the few bucks they charge.

WakeWatcher is a simple OS X faceless background application I created to address this issue. It runs ~/.onwake whenever wake is detected. You can then put the commands to mount/remount your drives in that script.

WakeWatcher is suitable for use as a login item. It is not very sophisticated, but it is free and simple.

To execute scripts on sleep would be a simple addition, but I'm concerned about the time available for the scripts to complete before the system actually does sleep. If you really need it, open an issue against the github project and I'll add it.

Not the answer you're looking for? Browse other questions tagged macos automator sleep-wake script .

0
Run cron script at wakeup
0
How can I automatically kill sshfs on sleep?
1
can I automatically disconnect bluetooth devices on sleep
5
How to run script at wake?
25
How do I keep a MacBook Air from connecting to a Bluetooth speaker when its lid is closed?
8
How can I have my Mac mount a network drive when an application launches?
2
Automatically launch Safari with a certain URL the first time the Mac wakes/boots up in a day?
2
How can I automatically trigger a bash script before my Mac goes to sleep?
2
How do I make an applescript launch as soon as it exits screen saver
1
Automator workflow to close programme when laptop is closed / goes to sleep
See more linked questions

1
lock account and sleep
1
Yosemite Sleep Wake Failure
2
Wanting help creating an applescript that is run when the contents of a folder changes
7
Mac Sleep Wake Failure
6
Ensure MacBook Pro is fully asleep when travelling
0
Mac completely freezes when waking up from sleep
5
How to run script at wake?
1
2015 Macbook Pro won't wake up in clamshell mode in morning only