Macbook Air 13" mid-2013 (running macOS Sierra) with no USB devices plugged in (except a Logitech wireless mouse that I never have plugged in while the laptop boots up).

These issues only started after recently recovering from a water spill (so that may have something to do with it). The laptop was dried with a fan for 5 days and works well still otherwise.

Here is one of the messages Console gives me:

How I've tried to fix it

What can I try to fix my issues? I think these issues are probably a result of the water damage, but repairs can go up to $750 USD (so I was told) and the Genius Bar employee could not tell me what specifically was wrong with my Macbook. I would like some more info before I go and dump another few hundred dollars onto this thing, because if I have to pay $750, it may be more worth it to go and buy a new laptop instead.

My Macbook's trackpad and keyboard spontaneously stop/start working after some water damage, and the USB ports spontaneously shut off too. What's the cheapest way to get this thing back into working order?

This is what happens upon logging back in after a restart: 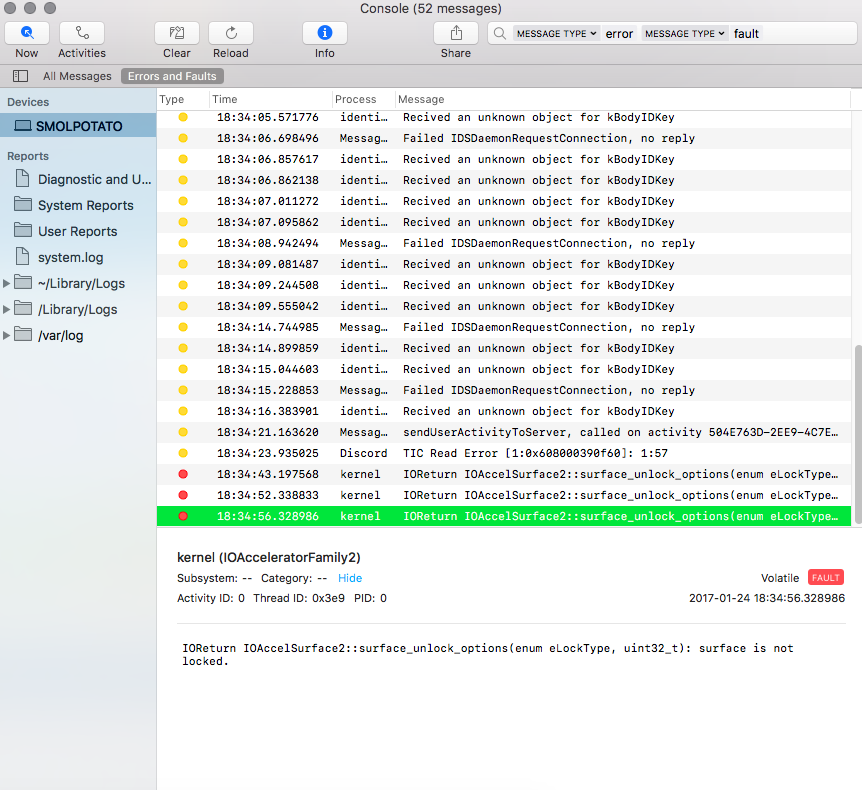 If there has been water damage that will have dried by now so the likelihood of water sloshing around causing this issue is near 0, however it may have caused corrosion to the trackpad, keyboard or main logic board.

You need to get Apple, or an Apple Authorised Service Provider to repair it. Alternatively you could seek third party service, or do the repair yourself.

The USB Over Current warning is associated primarily with the positive and negative rails having been short circuited (connected) causing more current than the allowed to flow, the USB chip puts that port into a disabled state to protect the computer from damage, this could be the result of corrosion inside creating particles that are shorting a component, or it could be that one of the connectors or wires has become corroded and has increased the resistance of that wire again causing a higher current draw and triggering the protective mode.

If you decide to repair the computer yourself, you need to think about where the water was spilled, and how much, if it was only a small amount on the keyboard that could suggest that only keyboard replacement is necessary.

Anyway, first step is to backup data, and find a suitable take apart guide from a site such as iFixit, following these guides you can open the machine and look for signs of liquid damage on the keyboard, trackpad and main logic board.

Once you've identified where the liquid has damaged you can proceed to replace these components.

Not the answer you're looking for? Browse other questions tagged macbook-pro keyboard hardware trackpad software .

4
The keyboard and trackpad on my MacBook Pro 3,1 stopped working. How to solve this problem?
2
How to fix a Macbook Pro (late 2013 model) with liquid damage?
0
Is the trackpad in the Mac Air connected to the keyboard?
3
No USB connected, receiving error message "USB devices disabled: Unplug the device using too much power"
0
Unresponsive Keyboard and Trackpad in Macbook Pro High Sierra 10.13.5
1
MacBook Air internal keyboard and trackpad do not work, but do work in Startup Manager
1
MacBook Pro 11,3 message: unplug the accessory using too much power to reenable usb devices