Are these two optical drives interchangeable?

I have two laptops:

As the optical drive of the MBP has issues, I would like to use the optical drive from the MB. The MB optical drive has an ATA interface, while the MBP drive uses SATA. Googling I find that these interfaces are not interchangeable. However, both use the ATAPI protocol, so this made me doubt my earlier conclusion.

This is the information of the MB optical drive:

This is the information of the MBP optical drive:

They are not interchangeable.

ATA is also referred to as PATA (Parallel ATtachment or IDE). SATA is is Serial ATA or Serial Attachment. ATAPI (ATA Packet Interface) is just the drive communication protocol used to "talk" to the drives.

Using the "larger" drives as a visual reference since the micro connectors' size in a laptop can be deceiving, we can see the huge difference between a PATA connector and the SATA connector. 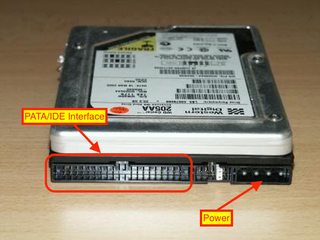 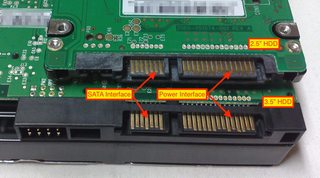 Even though they use the same protocol, the two are completely different. A protocol is how devices communicate (what runs over the cable).

Let's use a more common interface, electricity, as an analogy. Even though the exact same thing (electric current) runs through these devices, they are no way "compatible." The first picture is a US 220V appliance outlet and the second is a common PC electrical plug. If you were to get one connected to the other, it most definitely wouldn't work (ever again). 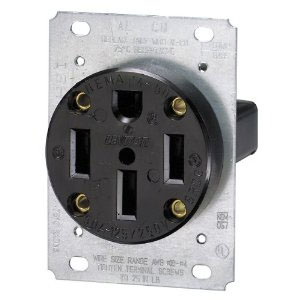 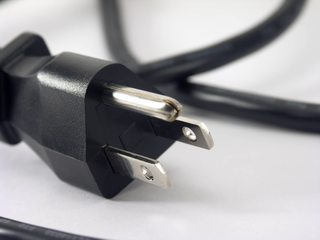 Not the answer you're looking for? Browse other questions tagged macbook-pro repair optical-drive .