For example, the processor specs suggest 32gb over two slots is possible, but I'm not sure if the logic board would pose a limit or not...Apple says 16gb is the max, but I think much of that material was created before a single 16gb DDR3l DIMM existed. https://ark.intel.com/products/52227/Intel-Core-i7-2820QM-Processor-8M-Cache-up-to-3_40-GHz

I doubt it would work. Macs are picky about RAM, and the RAM you listed isn't what is specified by Apple. Apple requires DDR3 RAM. You have listed DDR3L RAM. It's an easy mistake to make. DDR3L is low-power RAM, requiring 1.35V instead of 1.5V. It is very possible that the RAM will not be compatible.

Also, officially, Apple says that the MBP only supports 8GB RAM. However, it is widely recognized that the MBP can support 16GB RAM.

Edit: Although crucial says that the 16 GB RAM stick can be used in place of DDR3, it says it is not compatible with the Mac: 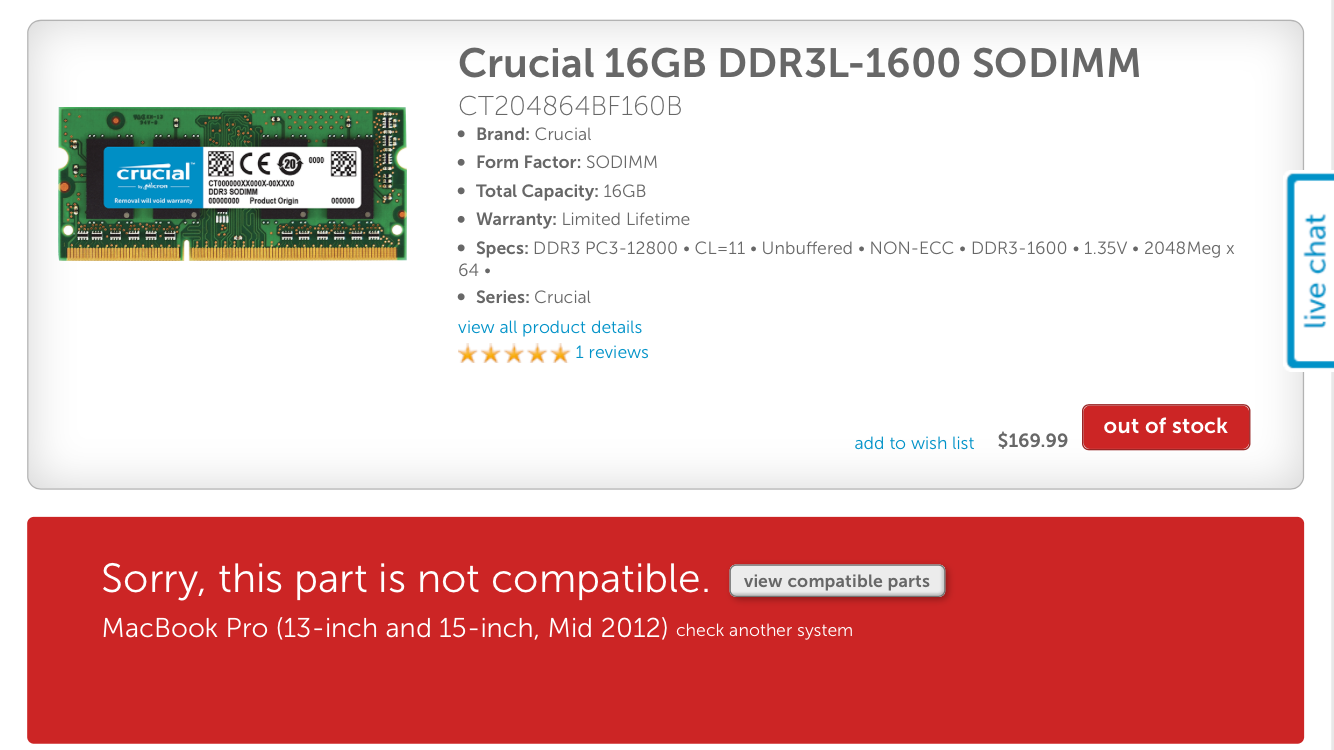 It does not work! I just try it. It beeps and do not boot! It's need new Firmware to support 16Gb sticks! 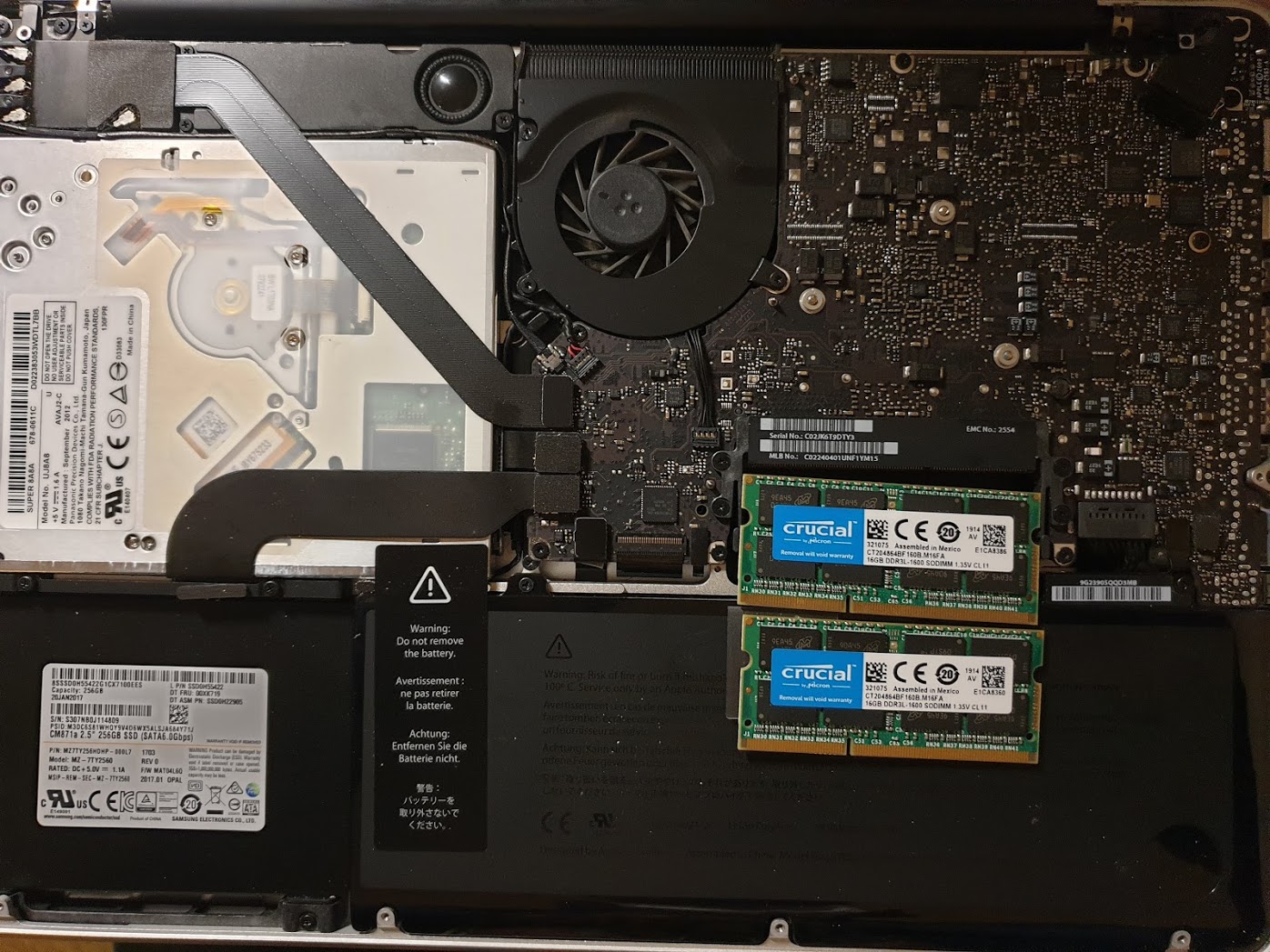 If it was going to work, then this would be the kit: https://eshop.macsales.com/item/OWC/1600DDR3S32P

OWCspecializes in capitalizing on these ondocumented upgrades, and since they don't advise it, likely that they already know that it does not work.

I wonder if the single stick would work.

It may accept the memory if you are running a 5th generation i5 or i7 processor, but no guarantee.

This thread has details on how to find out what generation processor you're running: Which Intel "generation" is my Mac's CPU?