I purchased a new 13" MacBook Pro about a month ago. I'm pretty happy with it for the most part, but I've been having a few issues which I find very worrisome. I'm a computer science student, but my Mac experience is limited, so I'm not sure where to begin in diagnosing them.

Twice since I purchased the computer, I've had Finder and several other apps crash simultaneously. After this happens, Finder restarts, but the left side of the menu bar is completely unresponsive and apps are sluggish in general. Oddly, the right side of the menu bar works. System-wide keyboard shortcuts seem to work for the most part, but apps do not seem to be able to receive keyboard input at all. Additionally, the menu bar intermittently disappears and then reappears. The only way I've found to fix this is to kill WindowServer to log myself out; restarting Finder/Dock/etc does not work. 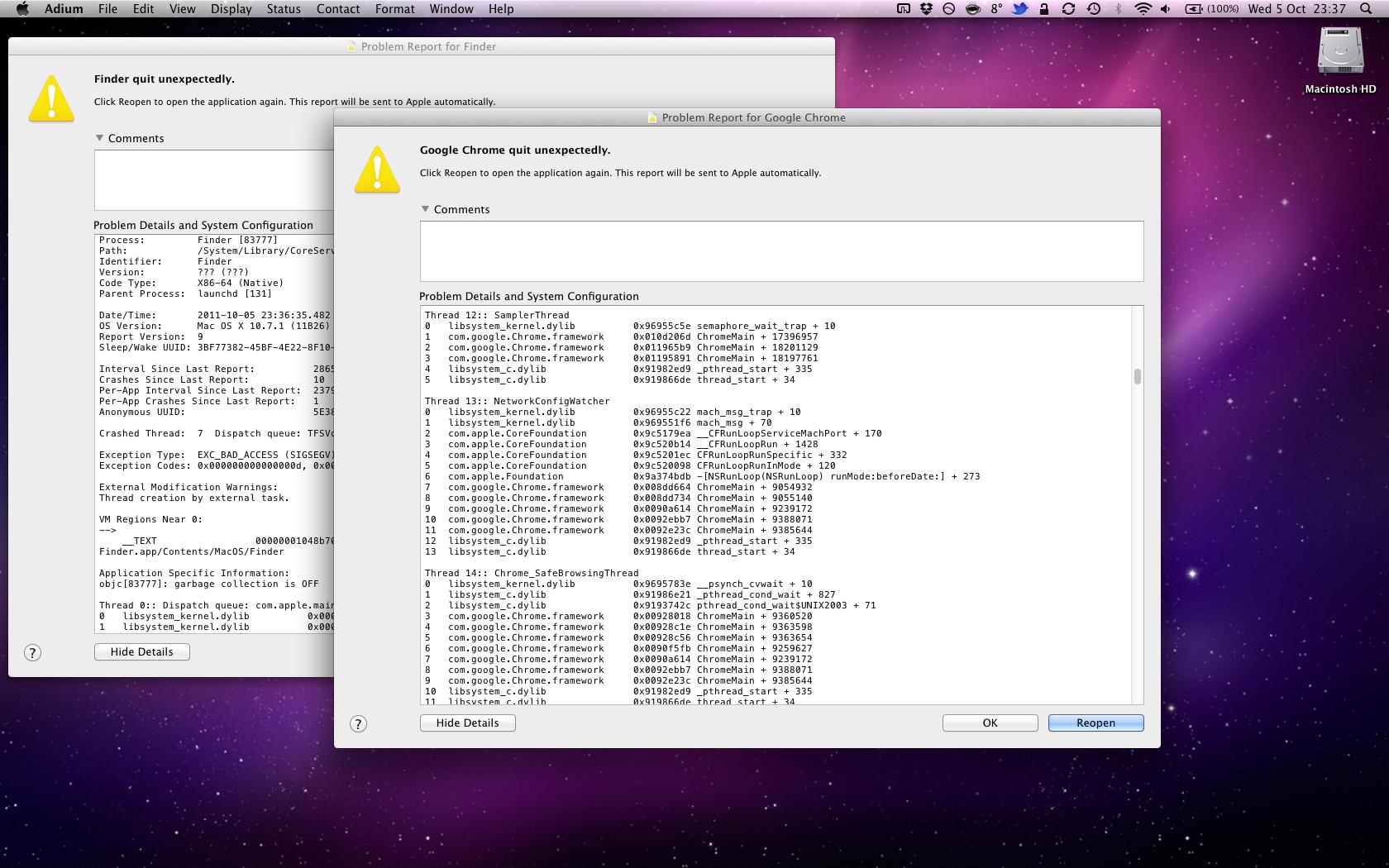 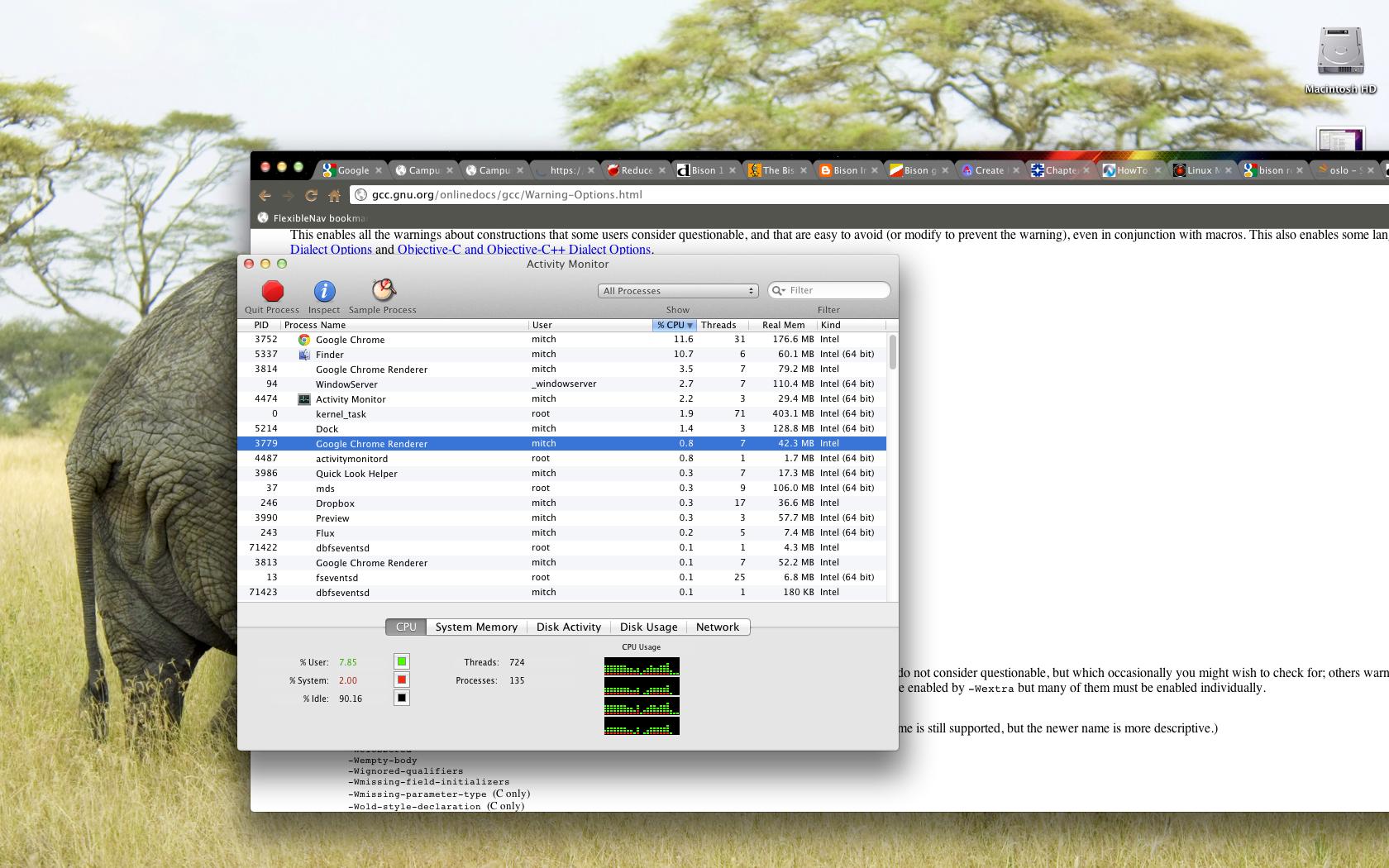 Additionally, I've had a couple other odd problems. I plug my MacBook into a USB keyboard and mouse when I'm at home, and once when I unplugged it and took it out with me, the built-in keyboard did not seem to work when it woke up, so I was unable to log in. I had to restart it using the power button to fix that. Finally, once when I was using it it suddenly made a loud screeching noise for no discernable reason. It didn't sound like any noise I've ever heard a hard disk make before, but I can't think of what else it could have been.

I'm not too worried about potential data loss as I have multiple redundant back-ups on both my network-attached storage unit and on other servers I have access to. My questions are:

3
Finder crashes constantly
3
Regular crashes on iPhone 4S/iOS 6.1.1: due to old battery, or because of updated-for-iOS-7 apps?
0
Spotlight fails to load after Time Machine restore - crashes continuously
0
Should I reinstall the operating system on Mac Book Pro if I get lots of crashes?
4
Used MacBook Pro crashing
1
Finder crashes and cannot be relaunched (El Capitan, 2010 Macbook Air)
1
MacBook Pro crashes when plugging in 3 4k screens