I just recently upgraded my 2012 macbook pro with a 250gb SSD and have succesfully clean installed a new OS on the SSD. I was also able to change the boot setting so that the SSD would boot first and be primary. I already erased the my existing HDD and will use it as a builtin storage.

Question: The picture shows my current setup with the SSD being in the Optical Drive Tray. Would there be any significant changes if i placed the SSD on where the HDD is currently placed? Are the 2 connectors the same? Does it even matter? 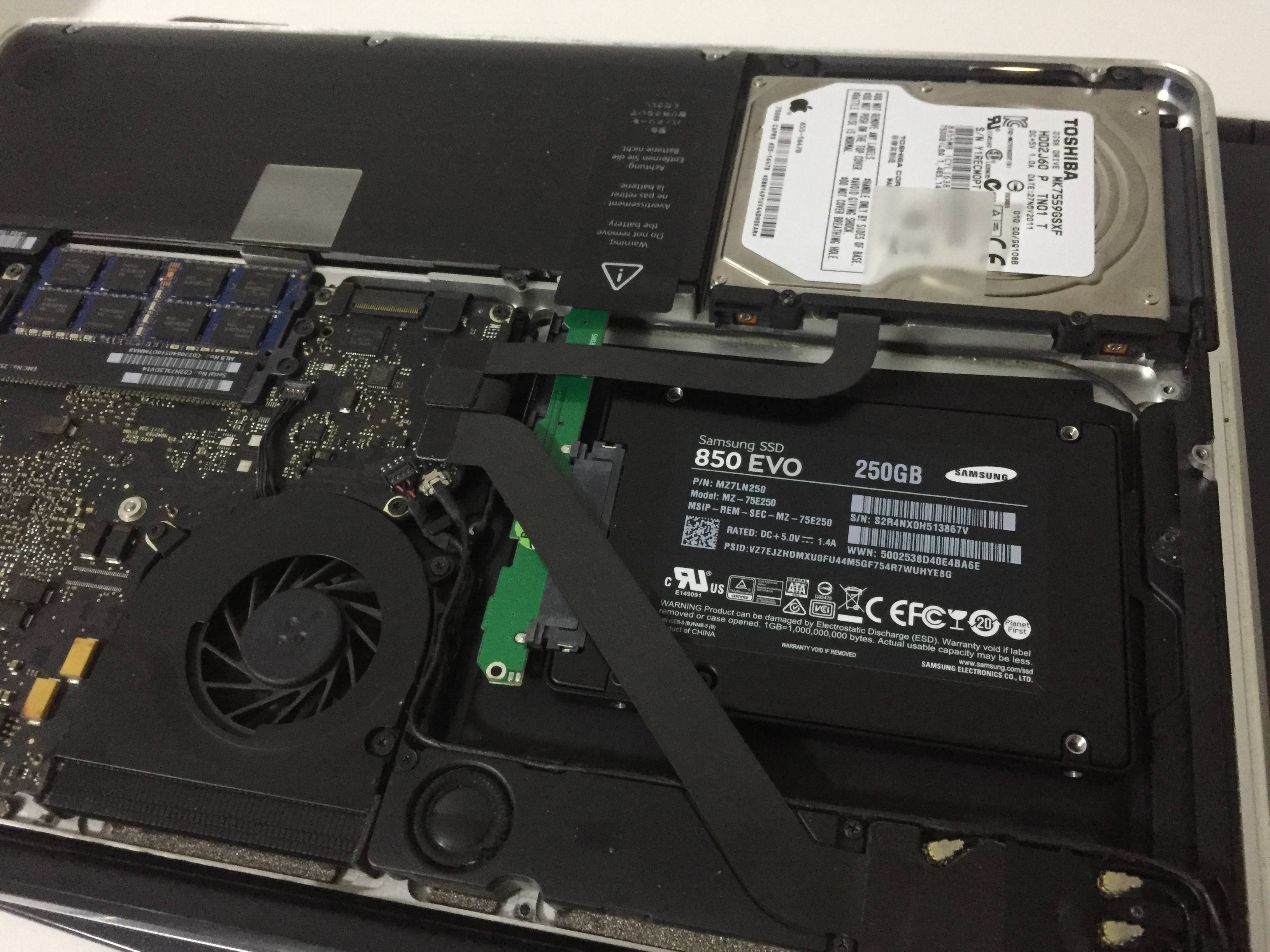 There will be no problem. A SATA SSD has the same connectors as a SATA HDD drive so the connectors are identical. 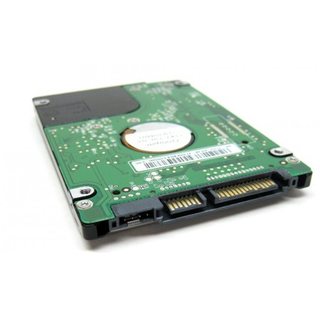 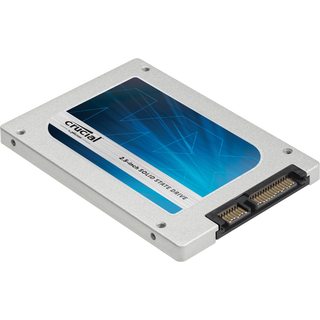 To use you SSD in the optical bay, a optical bay drive kit is required. You simply need to remove the SSD from the kit and replace it with the HDD into the same optical bay kit.

To answer your question...

Does it even matter?

Nope. It makes no difference.

Frankly, I'm surprised that SSD works at all in the optical drive bay.

Do you see that diagonal ribbon cable running across the top of the SSD? That's the cable for your WiFi and Bluetooth module. It passes directly over the SATA connector of the SSD. The 15" and 17" models from 2011 in particular have an electromagnetic interference problem with SATA III devices because of the way those connectors perfectly line up like that.

This is a "design flaw", but I use that term in quotes because it works exactly the way Apple intended. They never planned or supported anything other than an optical drive there. Yes, the port is SATA III, but their optical drives are only SATA I and those work fine (SATA III was a brand new thing in 2011).

The SSD might work faster if you swap positions with the HDD. It's entirely possible that you've been experiencing errors the whole time and just never noticed because the SSD's error correction is silently coping with them. But constant error correction means slower performance. Usually people report strange behavior and weird corruption issues with SATA III drives in the optibay, so if yours has been working fine then maybe you just got lucky? Maybe the caddy you're using is high-quality? Or maybe your laptop is from the early 2011 batch that only had a SATA II connector in the optical bay.

Anyway, from that picture it looks like you've still got the factory HDD installed in the HDD bay, so there's a good chance it's also a SATA II drive. There are no issues with SATA II drives in the optibay; only SATA III, so swapping the positions of the two drives may make things better for you.

Not the answer you're looking for? Browse other questions tagged macbook-pro ssd hdd .

2
Will Mountain Lion install and run on a second drive (SSD) inside a MacBook Pro?
4
Replacing optical drive in macbook with SSD: does it matter where the SSD drive is installed?
4
Should I put the SSD in the Optical or Main Bay when replacing Optical Drive?
1
Make macbook store apps on one hard drive and data on another
1
MBP late 2008 HDD and SSD setup
0
My macbook pro troubleshoot reset with grey screen
6
Installing OS X on secondary SSD
0
Swapping internal hard drives