Thunderbolt 2 docks have been quite expensive and they will be obsolete once I purchase the new Macbooks with USB-C ports. I currently use a 2014 MacBook Pro with Thunderbolt 2 ports, and I want to futureproof my purchase by acquiring a cheaper USB-C dock now.

The cheapest Thunderbolt 2 dock costs around $200 while USB-C docks cost around $30. Being able to use a USB-C dock with older Thunderbolt 2 Macbook Pros would not only be cheaper but also allows me to use the same USB-C dock if I decided to upgrade to a future Macbook.

For that to work I need a Thunderbolt 2 (male) to USB-C female adaptor, after some searching it doesn't seem to exist. Is there a reason why something like this hasn't been made? Or is the USB-C specification designed such that it is impossible? (hence businesses can still continue to sell expensive Thunderbolt 2 docks...)

I will accept an answer that meets the following requirements:

(Assuming you mean to say that you have a MacBook Pro and not a MacBook because there is no MacBook that was made in 2014.)

You aren't going to find a Thunderbolt 2 to USB-C adapter as it makes no sense for vendors to create one.

First off, let's address the core (technical) premise of the question:

...I need a Thunderbolt 2 (male) to USB-C female adaptor,

There is a fundamental difference between thunderbolt 3 using the USB-C connector style as opposed to the underlying data and voltages being compatible for USB to Thunderbolt. To use a car analogy, this is like asking for a gasoline that specifically works in convertibles. USB-C is just how the port is physically laid out. Thunderbolt is neither "compatible" nor "incompatible" with nor does it convert to USB-C. Thunderbolt 3 uses a USB-C connector; it "embeds" USB 3.1, PCIe, DisplayPort (DP) and power on the same set of cables. It's like having 4 different adapters and plugs in one.

To continue the vehicle analogy - imagine having one pump that could safely detect if diesel (and which blend) or gasoline (leaded or unleaded) or ethanol (of many different blends) is needed from the same one hose that is inserted in to the side of the vehicle. Many fuel types can flow through one connector as opposed to designing a different connector for each fuel type.

Being able to use a USB-C dock with older Thunderbolt 2 Macbook Pros would not only be cheaper but also allows me to use the same USB-C dock if I decided to upgrade to a future Macbook.

Yes it would be cheaper, but unfortunately, that's not how it works. There are a couple of mix-ups between what a TB dock is and what a USB dock is:

So, unlike TB3, TB2 does not have USB signaling embedded (and this is where it gets confusing). It's PCIe, DP, and power only. So, to get USB, you need an adapter.

To better understand what PCIe is, the best way is to have a look at it in it's most common format. Below is photo of a PC motherboard but not any technically different than an Apple logic board (they are essentially the same thing). 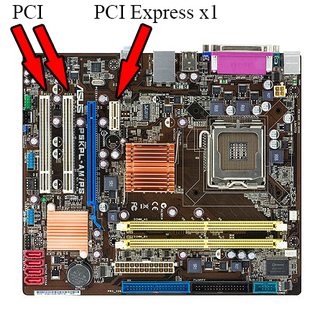 To add USB ports, you need an interface into this "bus" like the adapter below: 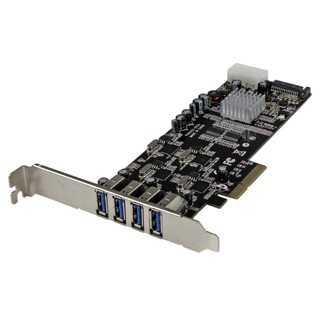 Thunderbolt is basically the PCIe port in the first picture in a nice, clean cable and your TB adapters (USB, Ethernet, storage, etc) are dongle version of the second picture.

You can't really "future proof" anything in Tech. Ask anyone who purchased an Xerve G5. What you can do is architect the solution that maxes out your investment.

So, what you need is a path to go from Thunderbolt 2 to USB 3. Once you have USB 3, you can get whatever adapter it starts from (USB-A) and convert it to what you need (USB-C). What is important to understand here is that while you can connect USB device with USB-C connectors, you will be limited to Gen 1 speeds - 5Gbs as opposed to 10Gbs.

The device that gets you closest to this is the Elgato Thunderbolt 2 Laptop Dock with Thunderbolt Cable.

To get your USB-C connected devices, you will just need the right USB 3.1 A to C cable 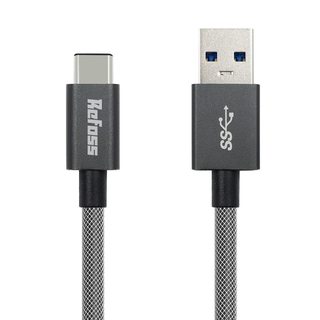 As to your questions as to why this adapter doesn't exist:

If there is no such adapter please explain: Is it impossible to produce?

Not at all. As explained above this is basically a USB to PCIe adapter and may adapters like Ethernet already exist.

If not, why hasn't a vendor created one yet? I've explained that its a better financial investment than buying a TB2 dock...surely there's a market for those still using TB2 MBPs wanting to upgrade in the next couple of years. Not only docks but it would open a gateway to cheaper alternatives to those hideously expensive TB2 peripherals.

Is a better financial investment for YOU or for the manufacturer(s)? Without getting into a lengthy history of TB1, TB2, TB3 and its market share, it's quite safe to say that the time between the release of TB1 and TB3 is quite short. In fact, the time between TB2 and TB3 is about a year and the only major vendor to include TB2 ports was Apple. TB2 never had a chance to even gain interest, let alone acceptance and adoption before TB3 and USB 3.1 was released. As it stands, we are talking about a technology (TB2) that is already obsolete for a product (MBP 2014) that now 3 years old.

Keep in mind that Apple's Mac shipments for 2014 was around 7% of market share on about 20 million units. While that sounds massive to you and me, keep in mind, it would be best case scenario that 10% of the market, or about 2 million potential units. Again, huge for you and me, but tiny for the manufacturer(s) who, by the way, would have to split that small market between the other vendors.

Manufacturers are going to create products for markets that have growth potential, not for ones that will only continue to get smaller with the passage of time.

Do you know the surest way to go broke? Keep getting an increasing share of a shrinking market. ----Lawrence Garfield (Danny DeVito, Other People's Money)

There is no Apple product to do this - unless you allow Thunderbolt 3 which uses the same USB-C connector but a different hardware entirely.

In that case (you don’t need USB - but only thunderbolt over USB-C type connection), here's Apple's Thunderbolt 2 to Thunderbolt 3 (USB-C) adapter. Using it with this Thunderbolt 2 cable should allow you to connect your non-2016 MBP to a USB-C Thunderbolt 3 dock of your choice, because, as Apple says in the adapter's description:

As a bidirectional adapter, it can also connect new Thunderbolt 3 devices to a Mac with a Thunderbolt or Thunderbolt 2 port and macOS Sierra.

Note: The dock can't be any USB-C dock, it must be a Thunderbolt 3 one (thanks jksoegaard). 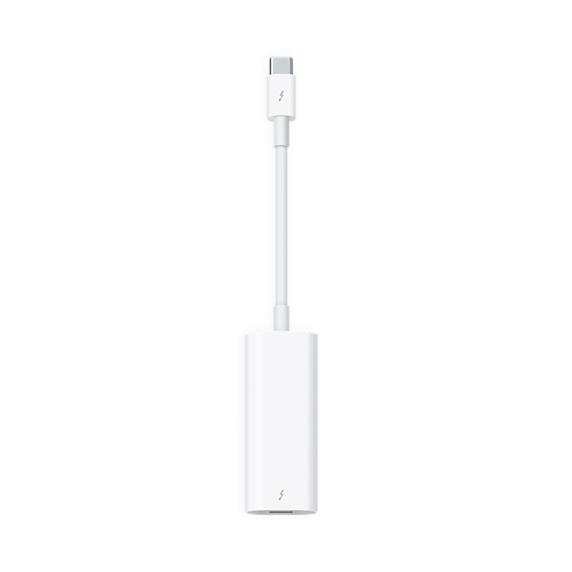 The USB-C connector serves Thunderbolt 3 on the new MacBook Pros. This includes support for both the Thunderbolt protocol and the USB-C protocol. This is why you can connect both Thunderbolt devices and USB devices to the connector with simple adapters.

The Thunderbolt 2 connector on older MacBooks do not support USB in any version. They support the Thunderbolt protocol only. That's why you cannot buy a simple, passive adapter that allows you to connect a USB-C dock or any other USB devices to the Thunderbolt port.

What you can do is to connect an active device to the Thunderbolt 2 port that contains a USB controller, etc. and thus expands your computer with extra USB ports. It could be for example the Kanex "Thunderbolt to eSATA + USB 3.0 adapter" which is priced at approx. 80 EUR.

You could then use a USB-A to USB-C adapter cable to connect your docking station, assuming that it works over USB 3.0 and doesn't require USB 3.1, power distribution over USB-C or the alternate mode signal from the TB3 port (DisplayPort).

https://www.caldigit.com/usb-c-pro-dock/ could be an option. But bear in mind that you will be running the monitor signal over USB 3.0 (as an "older MacBook (Pro)" may not have USB 3.1/3.2 yet. This will likely limit the achievable video canvas size and/or frame rate.

Not the answer you're looking for? Browse other questions tagged macbook-pro dock thunderbolt .

1
How to connect MacPro 2013 Thunderbolt 2 to USB C
2
2015 MBP (Thunderbolt 2) output to Thunderbolt 3 Dock
2
Thunderbolt 1 to USB Type C adapter?
0
What is the fastest device to use to restore a timemachine date based backup on a mid 2015 mbp?
1
Can I connect a firewire device and an HDMI display to 2015 Macbook Air with a single Thunderbolt 2 port?
1
Connect 2 external monitors to a MacBook Air (Mid 2012)
0
Connecting to MacBook Air 2017 with usb-c connection
0
displays - drive displays from USB-C hub
1
How to switch / share peripherals between two MacBooks
1
What is the proper 3rd party cable type for fastest charging and data transfer with new MacBook Pro?
See more linked questions