How to transfer Mac Yosemite Notes to Mac Sierra

Sierra's Notes files are the same, but are NotesV6. After I replace the notes files, I can usually close and reopen Notes and my notes appear. If I transfer V4 files into V6 Notes, the files are removed and re-replaced with V6 files due to, I'm assuming, compatibility.

How else can I export notes then from an older Notes to a newer Notes? 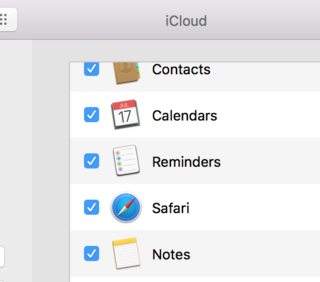 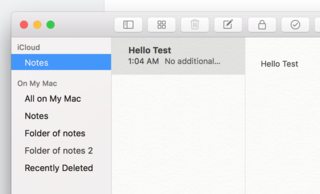 On Sierra: (Where I'm trying to transfer)

Same iCloud sync as above.

Why not just sync your notes using iCloud?

It’s a much easier solution than navigating through the filesystem and manually selecting the data.

, and with novicat premiun on the table ---> ZNOTEBODY, copy the html string and with html editor online only copy paste the code, and you have the note, and copy and paste on the notes.app.

If they aren't as of now connected with your iCloud account, simply duplicate them over to that record (inside the Notes application) on the machine running Yosemite. At that point, empower iCloud on the machine running Sierra, checkmark "Notes" to match up under iCloud inclinations, and after that you've effectively exchanged them.

I'd upgrade the old MBP, so the notes would be converted in the process. Failing that, I'd create a small Yosemite partition on the newer MBP, copy the notes there and upgrade it to Sierra.

I just imported them. I had a directory containing my old V4 notes from Yosemite:

Opened Notes in Sierra, selected File, Import to Notes, then selected the directory containing the above files and clicked Import.

Notes imported it to a new directory called Notes on This Mac and I moved them across to the Cloud/Notes.

This is a manual solution, works on a per note basis..

TL,DR : set up screen share to connect the computers. Then copy and paste the note between computers, it will copy over all attachments as well, embedded figures, linked files, etc.

To get a note from computer "A" to computer "B", connect both computers to the same local network, and then :

For I migrated from El Cap to Mojave just now, and I have a few Notes that are really big (with a lot of attachments)

Not the answer you're looking for? Browse other questions tagged macos notes.app .

15
Recover Notes from TimeMachine
4
Can I use a Time Machine backup to recover deleted Notes that were stored in iCloud?
0
How to bring back Mac Notes from external drive?
3
Notes won't sync via IMAP in macOS Sierra
3
Notes data from external drive
1
Mac Notes App Sync Containers Having Mac Applications
4
Cannot find old Notes data