I recently purchased PDFScanner to convert a bunch of scans into searchable, smaller-sized PDFs. I specifically picked PDFScanner because of its AppleScript automation (see "Features" section on PDFScanner's website). 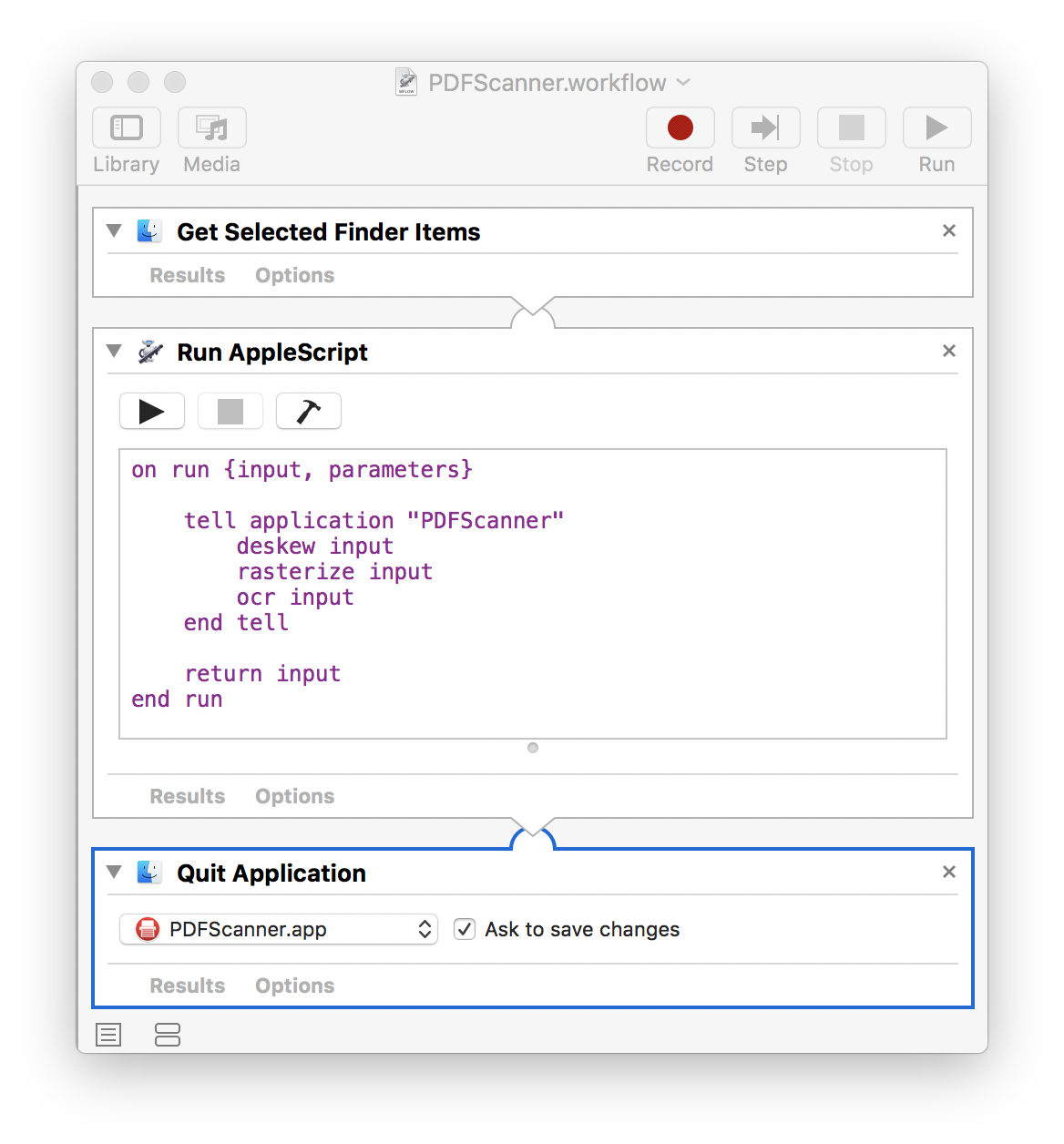 However, when I put together the above script using the built-in commands as documented in PDFScanner's AppleScript library and tried to run it, I got the following error: 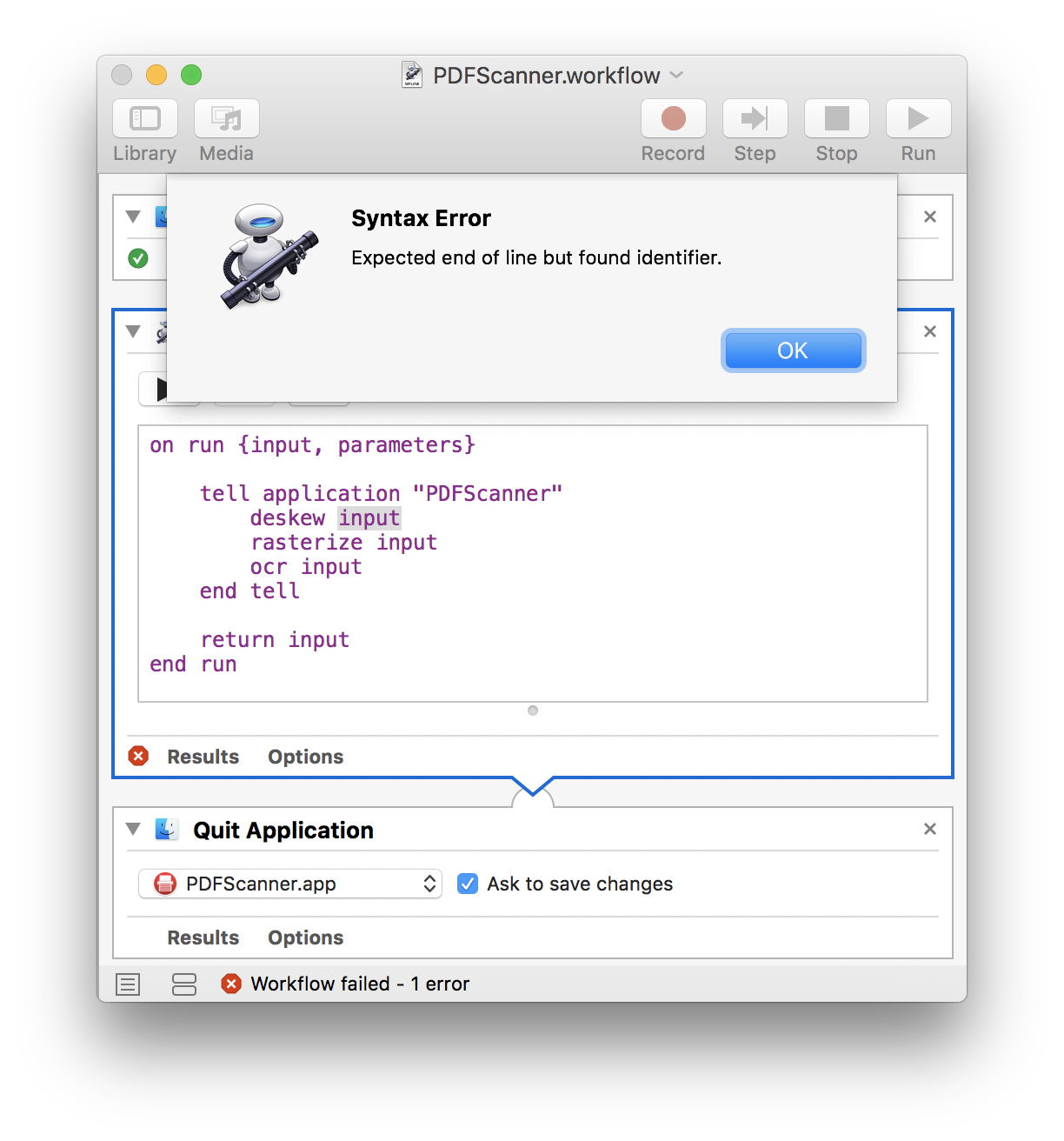 At this point, I'm stuck. I've contacted the developer. He said this exact same scripts works for him and that I should try to delete and reinstall PDFScanner, which I did to no avail. Can anybody figure out what the problem is?

As it turns out, the cause of the problem was trivial. I simply used the wrong type of (formatted) quotation marks in tell application "PDFScanner". After removing the formatting, everything worked like a charm. This workflow saved me quite some time: 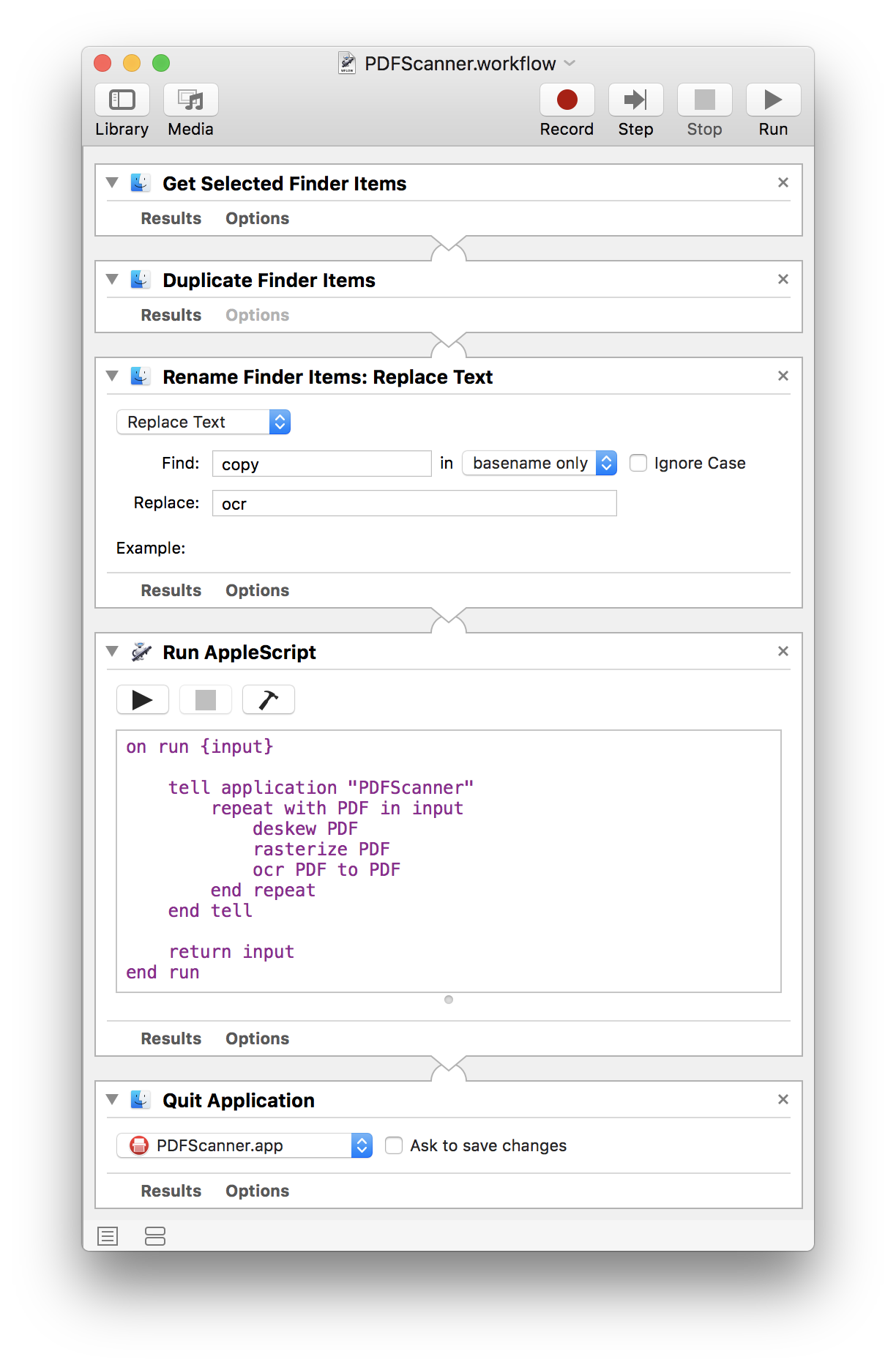 Not the answer you're looking for? Browse other questions tagged automator pdf automation scanning .

0
Applescript “expected then but found identifier”