I have a MacBookPro with macOS Sierra v.10.12.1. I downloaded gprolog from this link and installed this using MacPorts.

Now, given that Prolog does not work like I wanted, I decided to remove it, but I don't know how.

I tried to remove it using Homebrew, running:

but this gives me

If I run gprolog command in terminal, it gives me

The only way I have to run gprolog is writing gprolog in Spotlight and clicking on gprolog's icon. I also tried to run which gprolog and whereis gprolog, without any results.

How can I uninstall gprolog from my Mac?

If that's not the case, you can manually remove the following files instead: 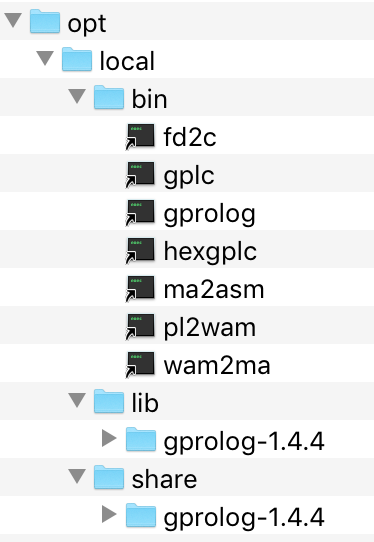 20
How do I remove crashplan from my Mac
2
How can I get Homebrew working under Mavericks?
1
Issue installing GCC using homebrew (scipy package dependency)
15
Why does my brew installation not work?
0
Error when terminal opens; no available formula
0
Can't install WordGrinder on Yosemite
0
os 10.11.6 pip install permission error
4
How to enable telnet server on macOS 10.13.1?
5
Can't connect to Internet in bash using Mac OS