I know the Apple Watch Workout app differs from the Activity app in its tracking of calories burned but what accounts for this huge discrepancy described below?

I ran the "7 Minute Workout" app yesterday (Dec 8 in the image) and used the Apple Watch Workout app to track the exercise but forgot to stop it for about four hours. When I noticed Workout still running and finally stopped it, it showed me that I had exercised for 245 minutes and burned around 1100 active calories! Now, that's more than half of my allotted calories for the day. If it were only true for when I was simply driving to dinner and then gorging on pasta and wine!

When I didn't forget to turn off Workout the other day (Dec 5 in the image) after doing two 7 MWC sessions (total about 25 minutes), I got what looks like a normal calories burned reading.

So, in theory, if I run the Workout app from when I wake up until I go to sleep, I'd expect it'll show me that I burned a ton more calories than the Activity app would. 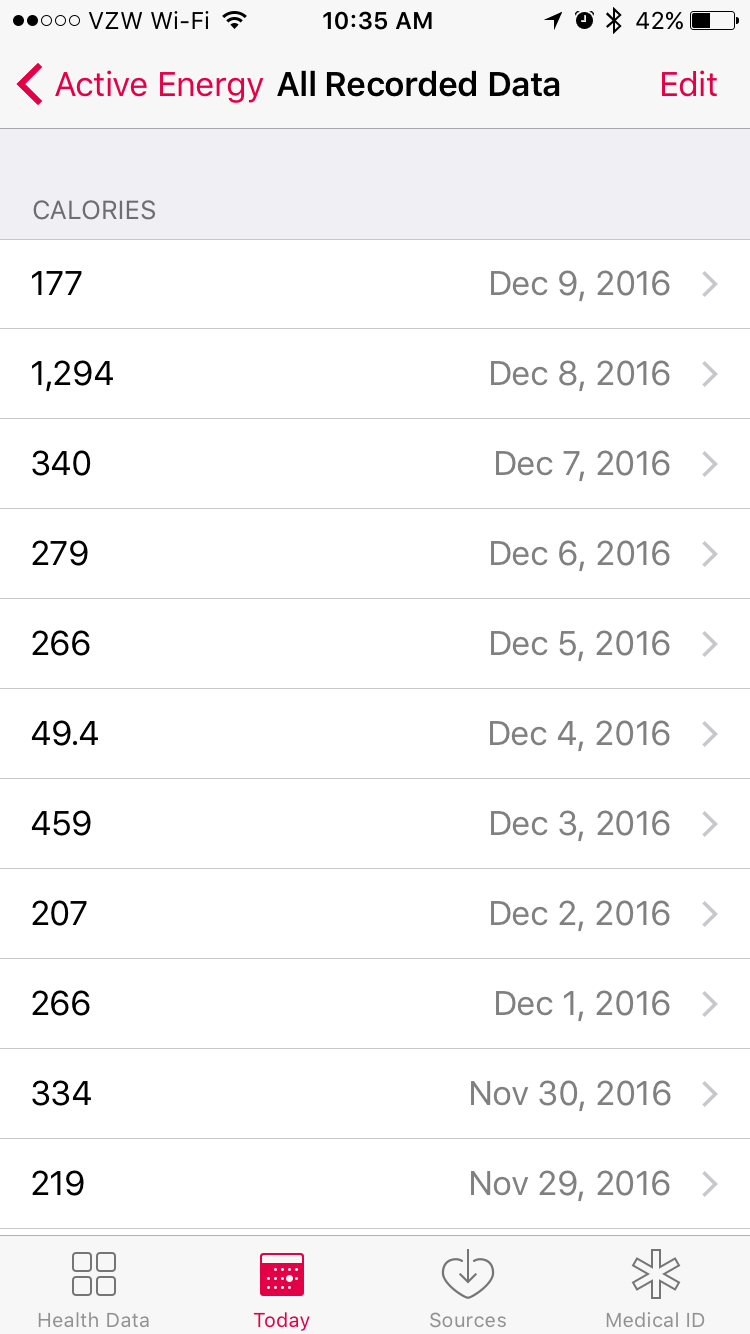 0
WatchOS 3 and iOS 10 - Exercise times
18
How does Apple Watch Activity app deal with timezone changes?
0
Where has my route gone in the Activity app?
1
Apple Watch activity too high
3
Apple Watch and MyFitnessPal not talking to one another
0
Apple Watch Series 2 is reporting way too much exercise
0
Can I connect an Apple Watch to my iPhone without syncing activity data? Or is there another way to roll back Activity data?