Hi I am trying to install windows 10 on my macbook pro 8,2(late 2011), when I open Bootcamp it is having options to create windows 10 installation in usb as seen in image. 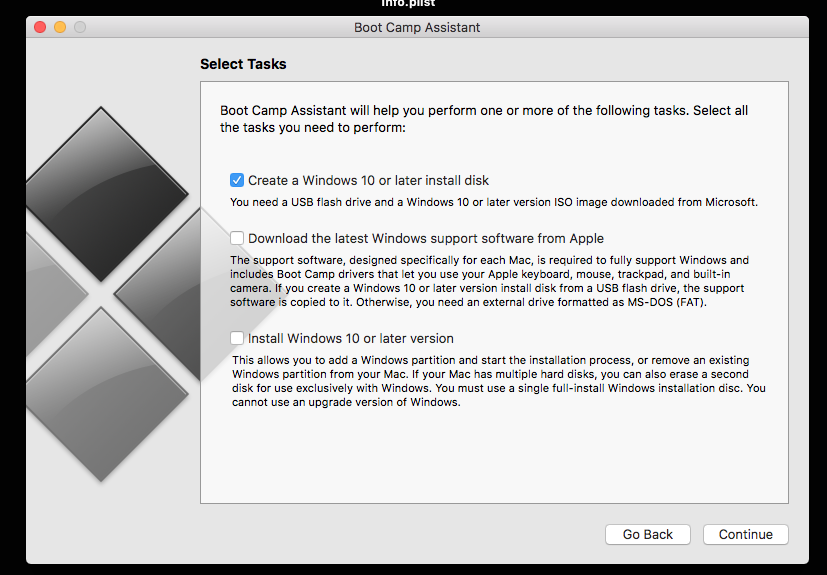 Now, I am able to create the windows 10 install disk sucessfully using the iso, but after that the bootcamp popups the error message as seen in image 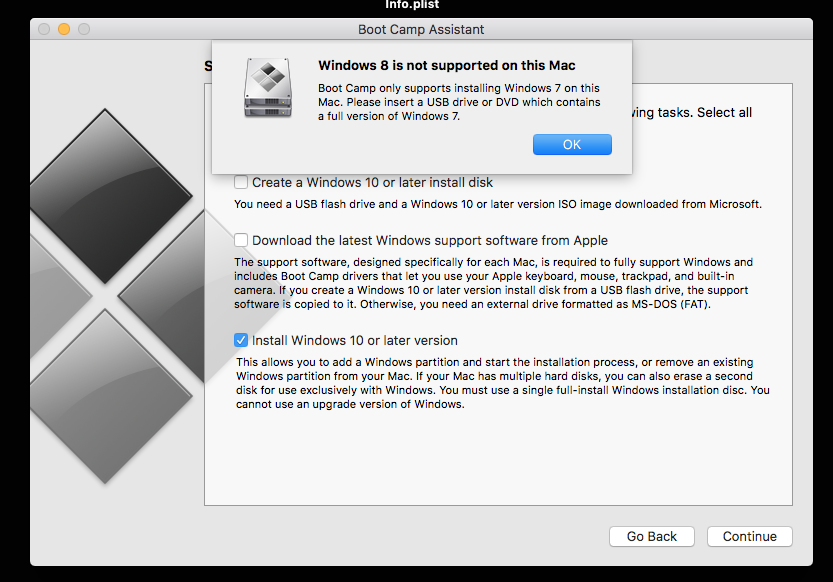 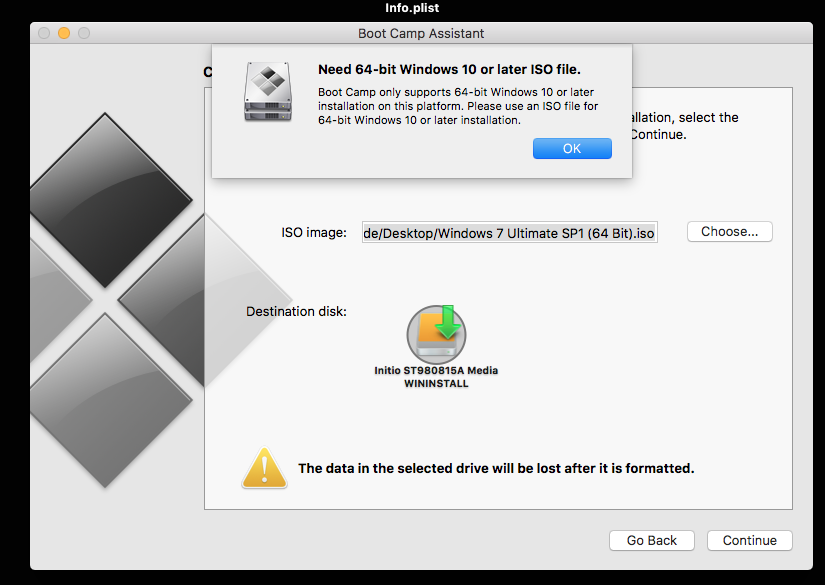 As seen it is not allowing me to go in both the cases, if I do the partition manually it is also not seen in startup disks also.

Want to install windows on mac any kind of suggession will be helpfull.

it should be possible to install Windows 7 on your Mac using Boot Camp. Apple has a rather lengthy KB article on exactly how you should proceed.

Not the answer you're looking for? Browse other questions tagged bootcamp windows disk-utility .