In Boot Camp Assistant, how to select a previous Windows version to install? 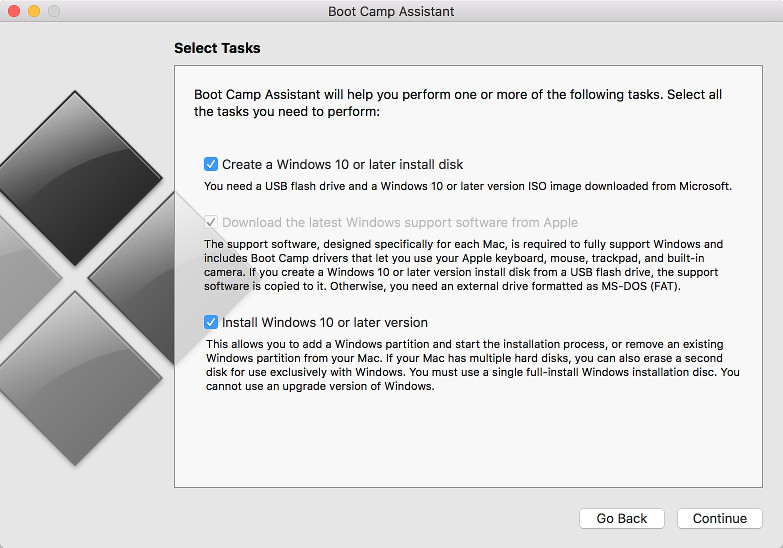 I don't have anything against Windows 10, in fact, I was planning on installing it, but apparently I need to have 50GB of free space on my SSD before Boot Camp Assistant can even begin doing its thing.

50GB is simply too much to have free on a 128GB SSD. I was planning on having a 30GB partition for Windows.

So I talked to a friend who has Windows on his MacBook Air, and he told me that he has a 30GB partition and that Boot Camp Assistant never asked for more than this, but he installed it a long time ago (probably on Lion, or Mountain Lion) and he uses Windows 7.

I then decided I would be using Windows 7 as well since it apparently requires less storage space, but Boot Camp Assistant seems to have forgotten that any Windows other than 10 has ever existed.

Is there a trick I'm missing?

Apple has recently dropped support for windows versions less than 10 on macOS sierra. I believe select macs can be "tricked" into booting, but I am stuck a bit as well. I did find these online posts that could help. I posted a similar question in case this gets figured out and you can then see the answer there.

From what I can tell, I believe the process is as follows:

This is all I've been able to find, but I'm currently stuck at booting the windows 7 install.

I was able to install windows 7 into the partition, but had to use VirtualBox to boot to the disc using mbr and avoid the freezing issue.

The steps I did were:

My next steps are to fix the partition / boot info on the physical drive, so it sees my windows partition on the "option" menu at boot up and as a startup volume. I'll update with any progress I make.

Not the answer you're looking for? Browse other questions tagged bootcamp ssd macos windows .