Found an old iBook G3 M6497 at an estate sale, so I bought it for $2 in hopes to restore it to its original glory. It did not come with any install or recovery disks. This is my first purchase of a Apple device since my old iPod that broke, so please bear with me.

I knew right away that the hard drive was shot, so I followed the iFixIt tutorial to replace the hard drive with a new, 40GB IDE HDD. So this hard drive is brand new and not formatted to an OS X Extended partition, which may be part of the problem.

I burned an install CD from this website which hosts old version of MacOSX. Everything boots up correctly, by holding the C key down when turning on the computer. I get to the installer wizard, and I get all the way to the 'Select Destination' part of the install, and this is where I get stuck.

The installer doesn't show a hard drive partition, so I can't install it anywhere. I know that I need to format the hard drive, but I didn't have the tools to mount it on my Windows machine to pre-format it before putting it in the computer. I burned a live-cd of Ubuntu 12.04 for PowerPC architecture, and tried to boot to an environment to format the hard drive, but I can't get past a couple kernel panics that I'm encountering (not sure if it's a bad CD burn or Ubuntu not liking the computer...).

Other sources say to just open the terminal from the installer and use fdisk, but I don't see a way to do that, closing the installer window just restarts the computer, and there are no other programs to run. 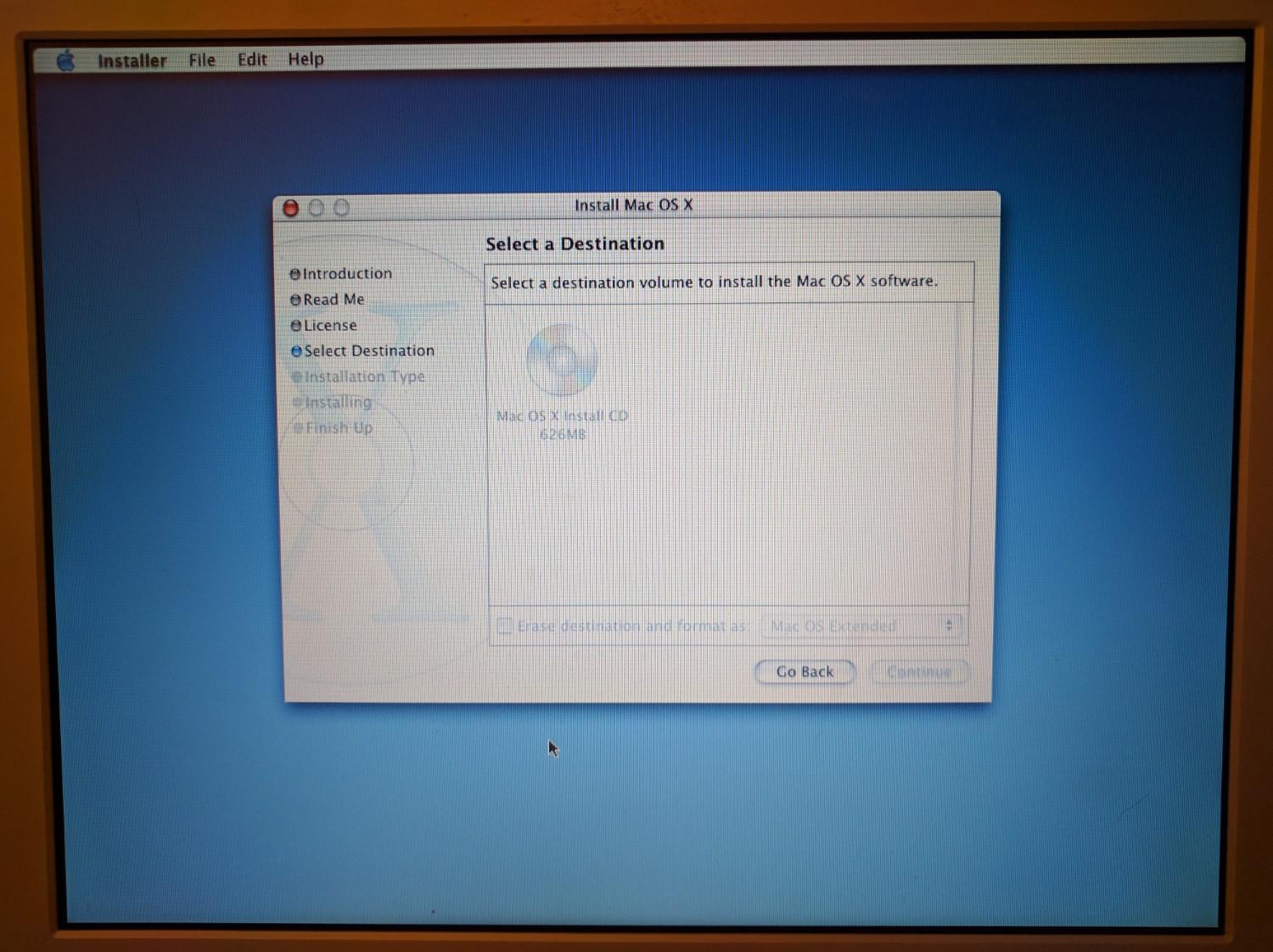 So, to format my new hard drive:

Your HDD should now show up under the Select a Destination menu in the wizard!

The YouTube video of the installer that klanomath posted was a huge help. I'm reposting it here for future people:

Not the answer you're looking for? Browse other questions tagged hard-drive install disk-format powerpc ibook .