Phone app using too much battery?

So let me preface my image by saying I have made ~20 seconds of phone calls in the past 24 hours.

After heavily browsing the web in 1-2 bars of LTE coverage for a few hours, I looked at my battery usage statistics and saw the following. What's the deal here? This is iOS 10.1.1 on an iPhone 7 on AT&T. 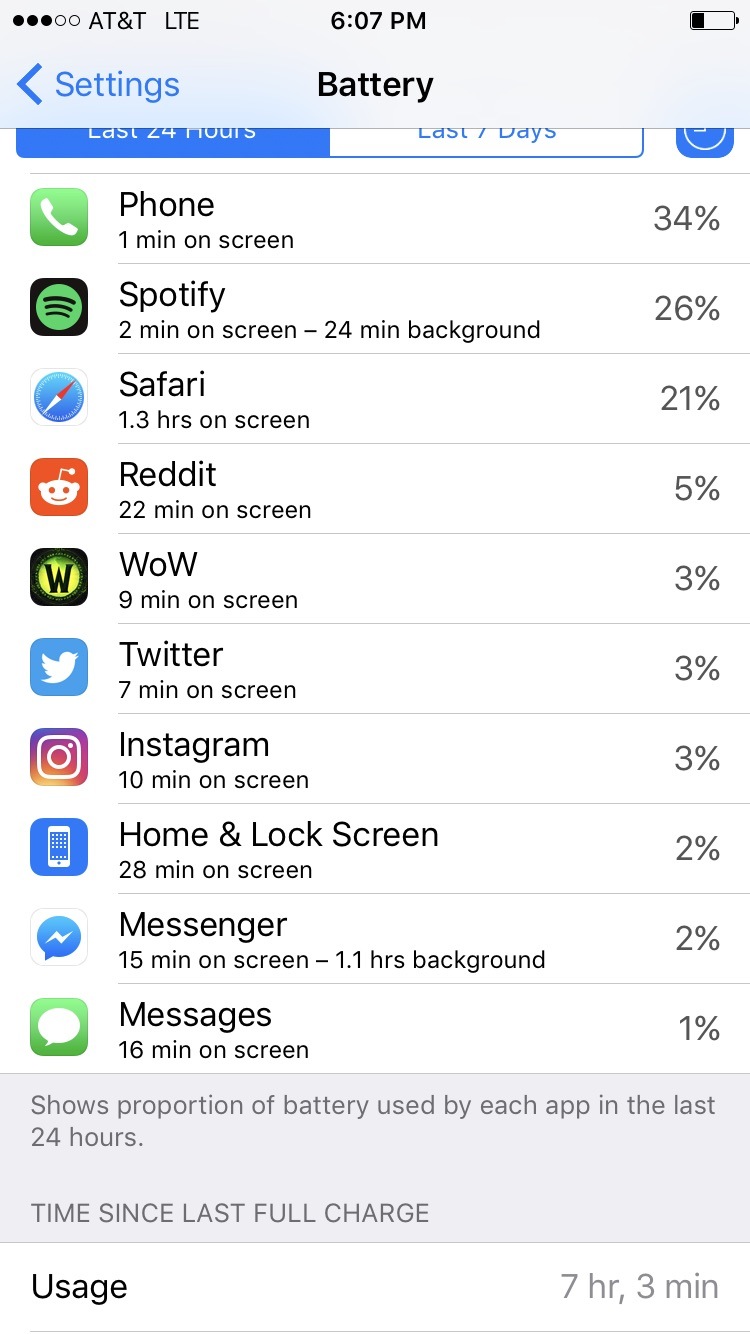 You're just interpreting the figures incorrectly.

The percentages are not % of the battery used, but % of the usage by each app contributing any usage in the past day or week.

Note it always adds up to 100%, no matter how much battery charge you have left, or when you last charged it.

It just happens to be, that of all the battery used since yesterday, your phone call used ⅓ of that usage - not ⅓ of a full charge.

Check the 7-day figure to see that also always adds up to 100.

It would be incredibly difficult to show the stats any other way.

Not the answer you're looking for?Browse other questions tagged iphone applications battery statistics .

2
iPhone 4 regularly using its 3G connection too much
1
iOS 5 Upgrade: Massive Battery Drain and Crashing Phone App
1
How to check how much battery each application uses?
12
What causes iPhone low battery crashes? Is there a software fix?
19
I don't ever use Siri, but it's using too much battery
4
Why Safari is consuming so much battery?
0
Phone battery use searching for a signal