How does Apple Watch Activity app deal with timezone changes?

I have noticed very strange behavior of the rings and Activity.app when traveling. Thus the question: 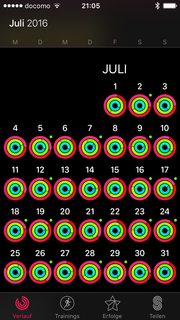 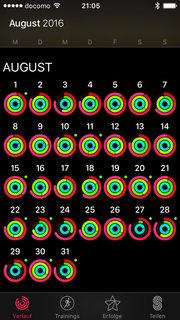 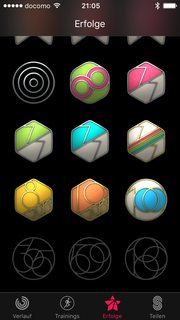 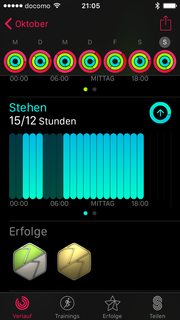 Update: After a few days in Japan, something strange but illuminating happened: I got the award for July back, but I did not lose the award for August. I now have both (although I was slacking in August): 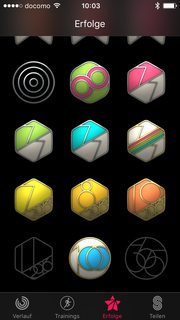 At the same time I also received the missing "perfect move week" award, credited on Sunday October 31. In tandem with this, I also got many many new perfect week awards: All the way back through my time with the Apple Watch I got a perfect week award on Sunday and another one on Monday. It appears as if it recalculated all the awards in the new timezone, and now they were credited on Monday morning, because the European Sunday night happens to be Japanese Monday morning. It did however not remove the Awards that were credited on Sundays, leading to a huge increase in awards. I possess my Apple Watch since March, for about 35 weeks that is. In that time I have no gathered a total of 24 perfect move weeks, 30 perfect exercise weeks, 57(!) perfect stand weeks, and 30 (yes, more than 24) "all perfect" weeks. Maybe when I return home to Germany I will be credited a perfect November award...

Update2: I'm being showered with undeserved awards. Today I got a "longest streak for 38 days, although 34 days ago I did not finish the move ring.

Update3: Back in Germany for a few days already. The undeserved August award is gone and the numbers for the weekly awards have also normalized to the correct values. The currently running streak is still 3 days too long.

I love traveling but I have the same problems with my appleWatch.

I contacted the Support, It's a well known problem since the watch have launched. The "Bug" isn't fixed yet.

The Genius told me, the only way to handle that problem is to deactivate the automatic time adjustment of the iPhone and Watch.

Well it's not a satisfying solution but it works. The only problem is that you need to calculate the current time as it won’t display the correct local time.

Not the answer you're looking for? Browse other questions tagged bug apple-watch timezone activity.app .