I recently tried iCloud Drive for syncing my Desktop and Documents folders. However, Documents was already being synced via Dropbox and I noticed that iCloud Drive and Dropbox don't get along. Seemingly random files inside Documents were copied over and over again for some reason.

So I decided to revert back to Dropbox and turn off iCloud sync. That worked fine on my iMac. However, doing the exact same thing on my MacBook Air made the Documents folder disappear. I quickly realized that it is only hidden (see screenshot), albeit without a preceding dot (.). I'm now struggling to unhide this folder. Any ideas? 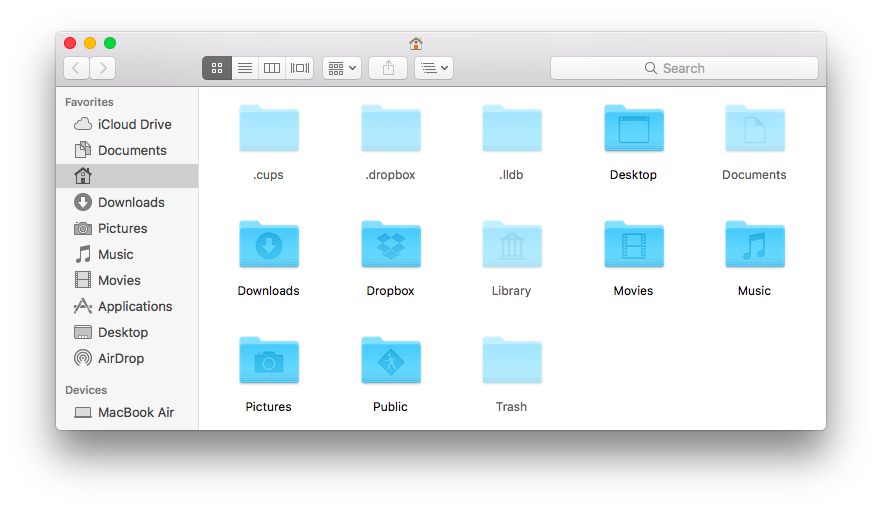 Try run this in Terminal:

Not the answer you're looking for? Browse other questions tagged icloud dropbox deleting macos documents-in-the-cloud .

17
How Do I Know If A File Has Been Successfully Synced To iCloud Drive?
3
iCloud documents in list view (in browser)
11
Cannot delete Desktop and Documents folder from iCloud Drive after accidentally enabling their storage on iCloud
1
Deleted Desktop & Documents Folders from iCloud Drive, but still takes up space
1
How to unsync an iCloud folder without losing the original source
1
How to always keep a local copy of documents/folder in iCloud?
5
What could cause iCloud Drive to refuse to sync Desktop & Documents?