I never experienced something like this before I upgrade to macOS sierra a few days ago. At first, I didn't notice it, but after a while, it becomes annoying as hell. 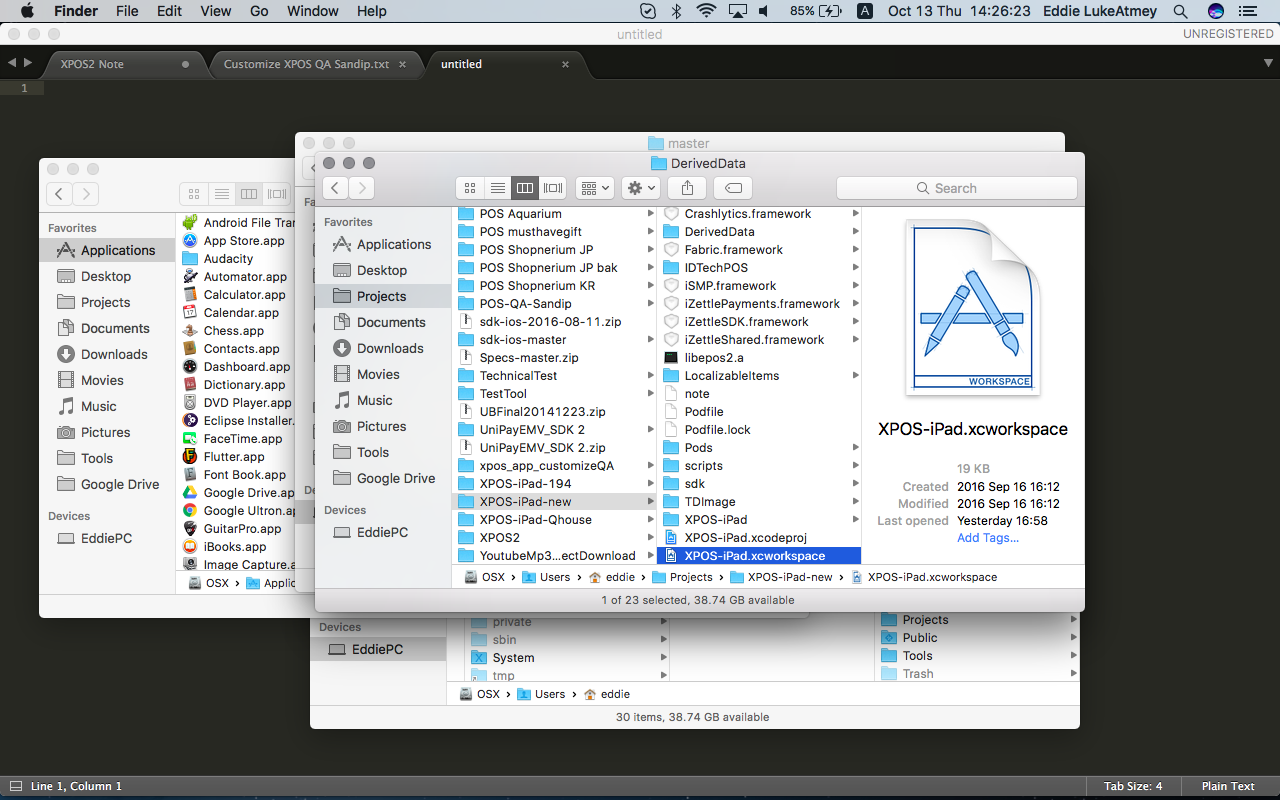 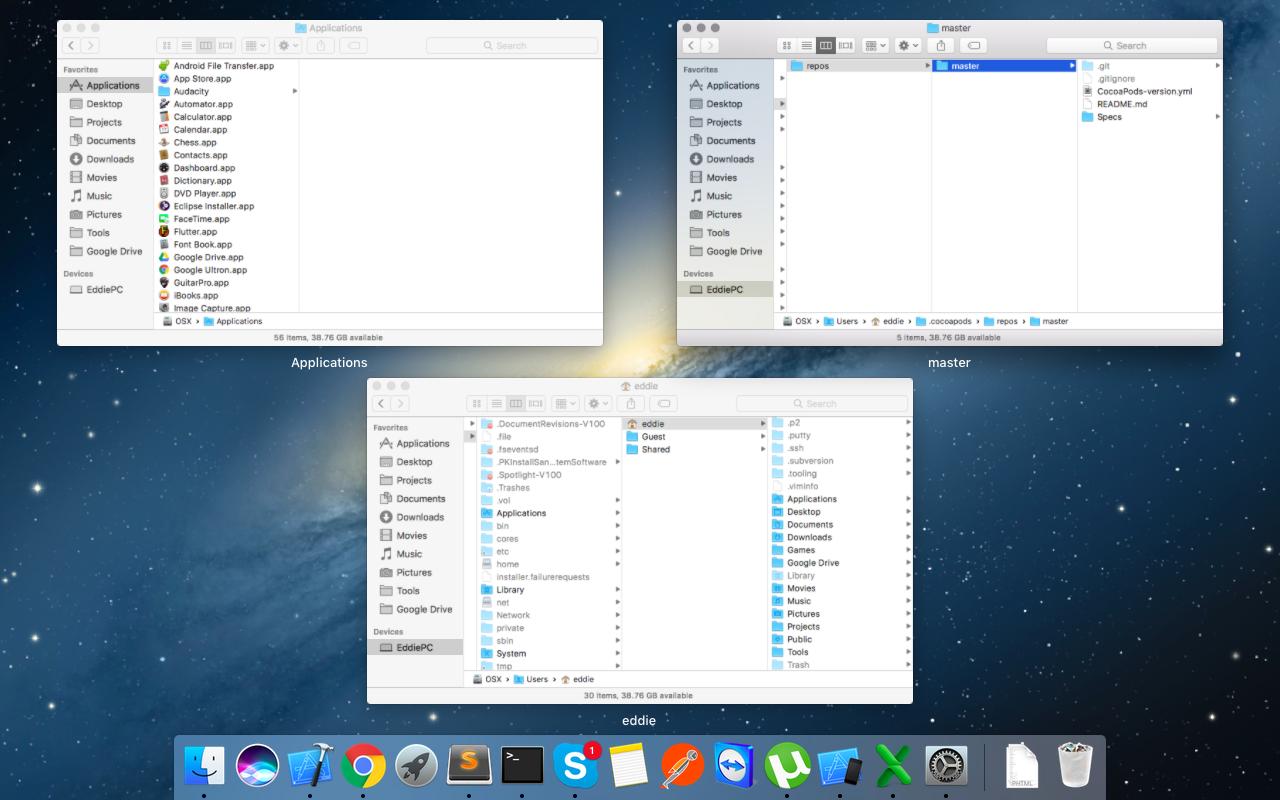 After selected a window from mission control, or just dismiss it (press esc), it just lost focus of Finder and switch to another random apps (Skype, Chrome, XCode, blah blah...)

How to fix this?

This not only happened to Finder, but System Preference and sublimeText as well. Probably more apps might affected by this issue. But some apps (xcode, skype, chrome...) are not affected. I'm so confused....

Update 2: I've found the reason, but it's not satisfied me!

The reason for this lost focus is because I've set the option of Finder in dock assign to all desktop: 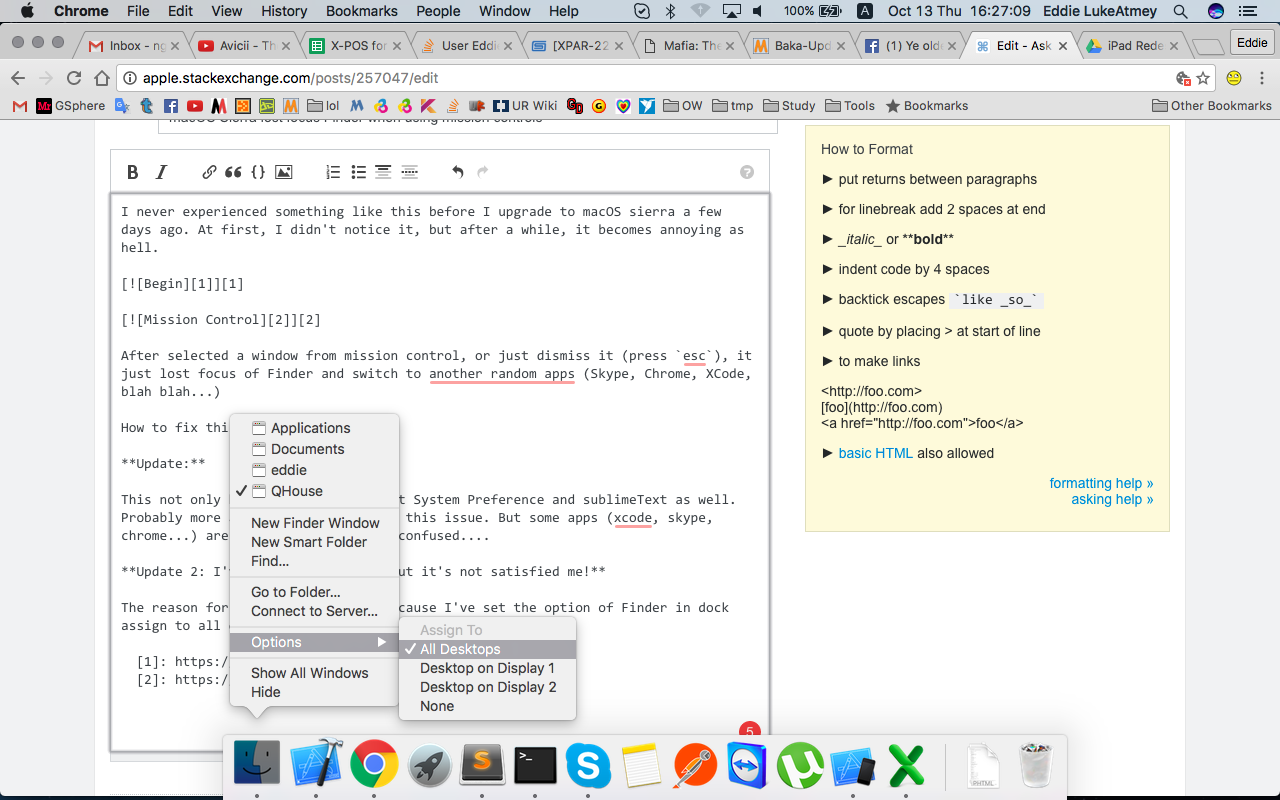 It won't lose focus anymore if I set it to a specific desktop. However, I'd like to have all Finder in all desktop as I used to it before :( still annoying.

I'm having exact the same issue, and it took me weeks to define it, while it was driving me crazy. Its clearly a bug, and the update 10.12.1 didn't work. But, there might be another solution. I've followed your advice and assigned finder and safari to different desktops, it works but its not the way it should be. However, assigning finder and safari to NONE works!!! I've tried to juggle with a few different apps and so far so good

Another solution: safari None, finder All desktops and...deactivate "Displays have separate spaces" in mission control window. 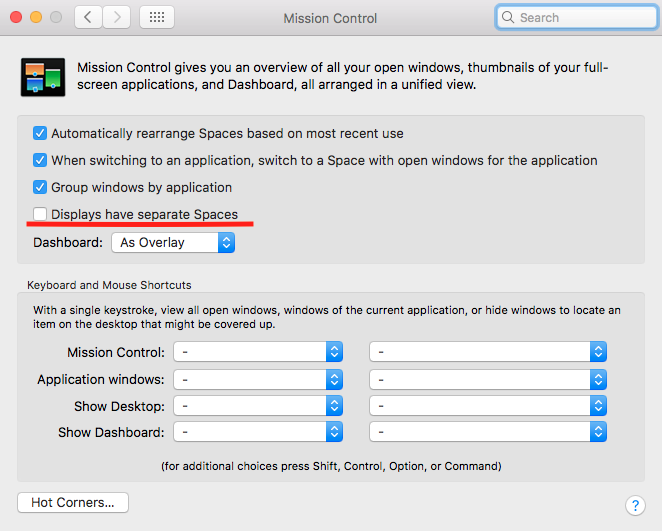 I assigned finder and safari to all desktops. Now it's reversed, safari stays on the back...

BUT... my finder widows are always smaller than safari's, so it worked for me.

Not the answer you're looking for? Browse other questions tagged finder macos mission-control parallels-desktop .

4
How can I automatically focus Finder windows after CMD-TAB to one in a different space?
9
Two possibly related issues with Mission Control in MacOS Sierra 10.12.3
1
Having trouble editing Finder settings using defaults write
1
Finder not working and desktop completely blank in macOS High Sierra
2
Cycle Finder windows but exclude the desktop
2
Apps don't gain focus when switching between them in Mission Control with a touchpad