During my Windows 7 installation (via BootCamp) I came to screen that looks similar to this picture. 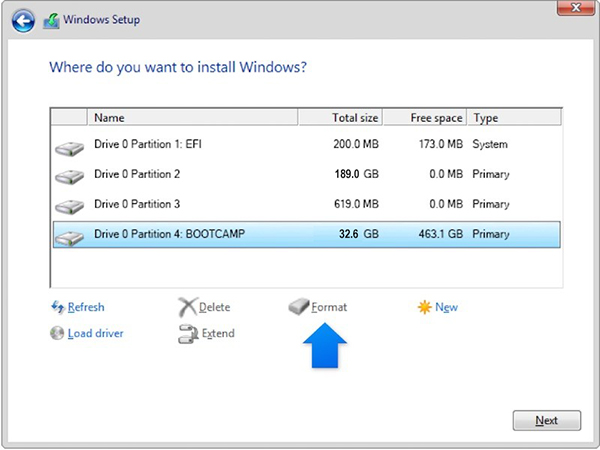 I chose to delete and format the EFI partition (~200 MB) and and the other small partition (~629 MB). I was confused why I had those partitions in the first place so I just wanted to get rid of them. I did not delete my main Mac OS X partition though. Just the two small partitions, thinking nothing of it.

After the install of Windows 7, I realized I could no longer get back into Mac OS X. The only OS I could boot into (when I held the 'option key' at start-up) was Windows. My Mac OS X system had vanished!

I really need to save the files on my computer. I tried to research this issue with many other articles. Through many troubleshooting acts of desperation, I now can't even boot into my Windows installation.

Verify and Repairing the disk does not help... I have tried. I am currently accessing Terminal and Disk Utility thru the Apple Online Recovery feature.

In the Disk Utility image below, my Mac OS is 'disk0s2' and my Windows is 'disk0s4': 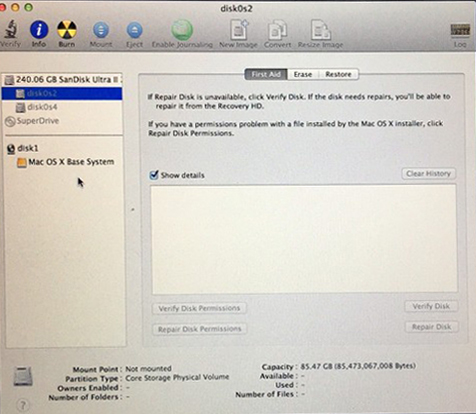 Additionally, here are some terminal pictures that showcase my disk: 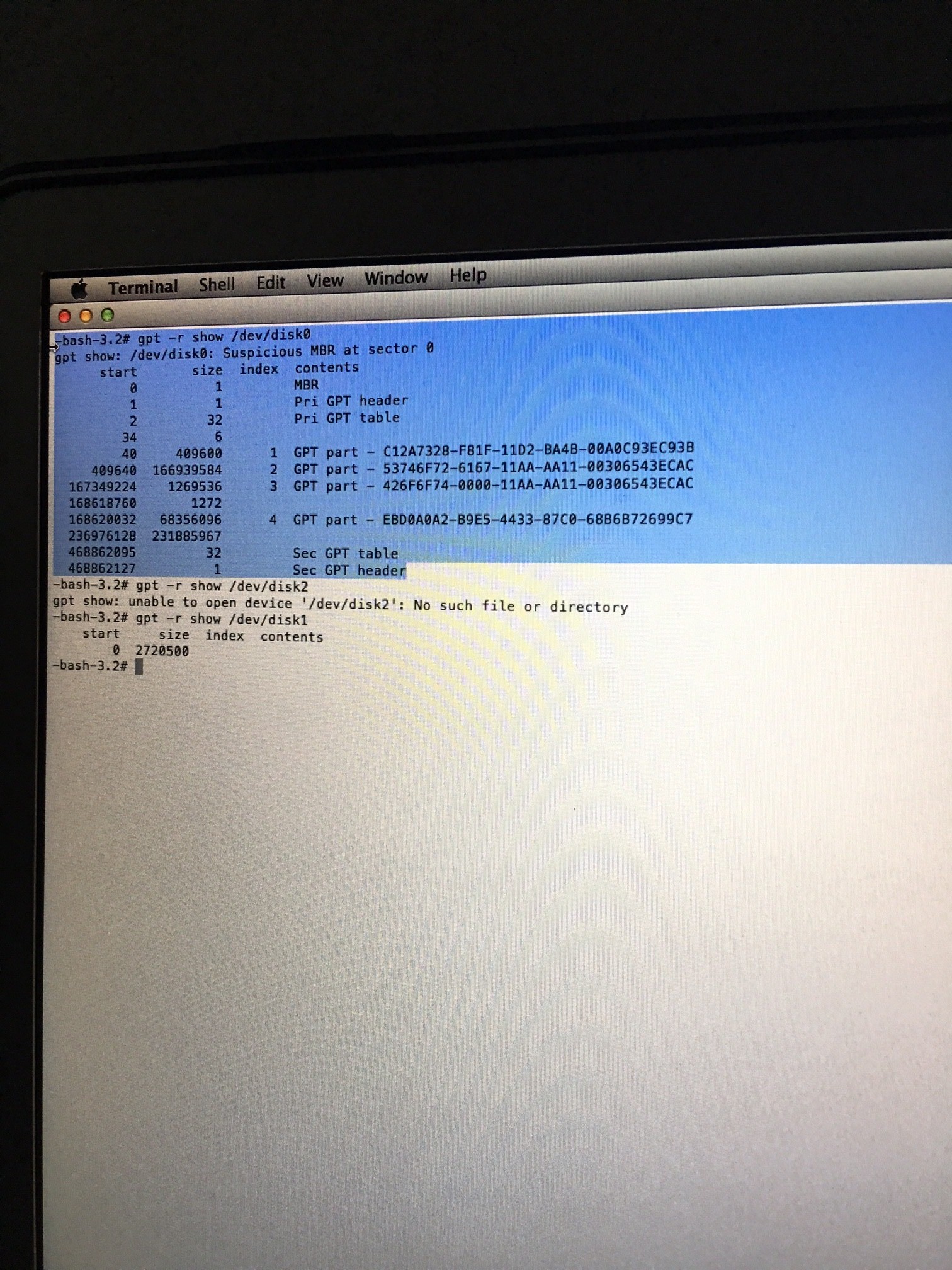 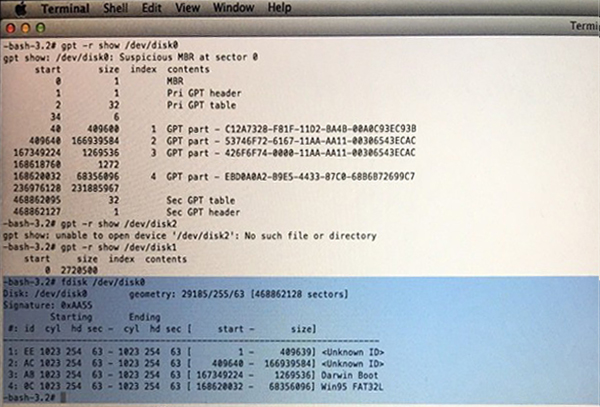 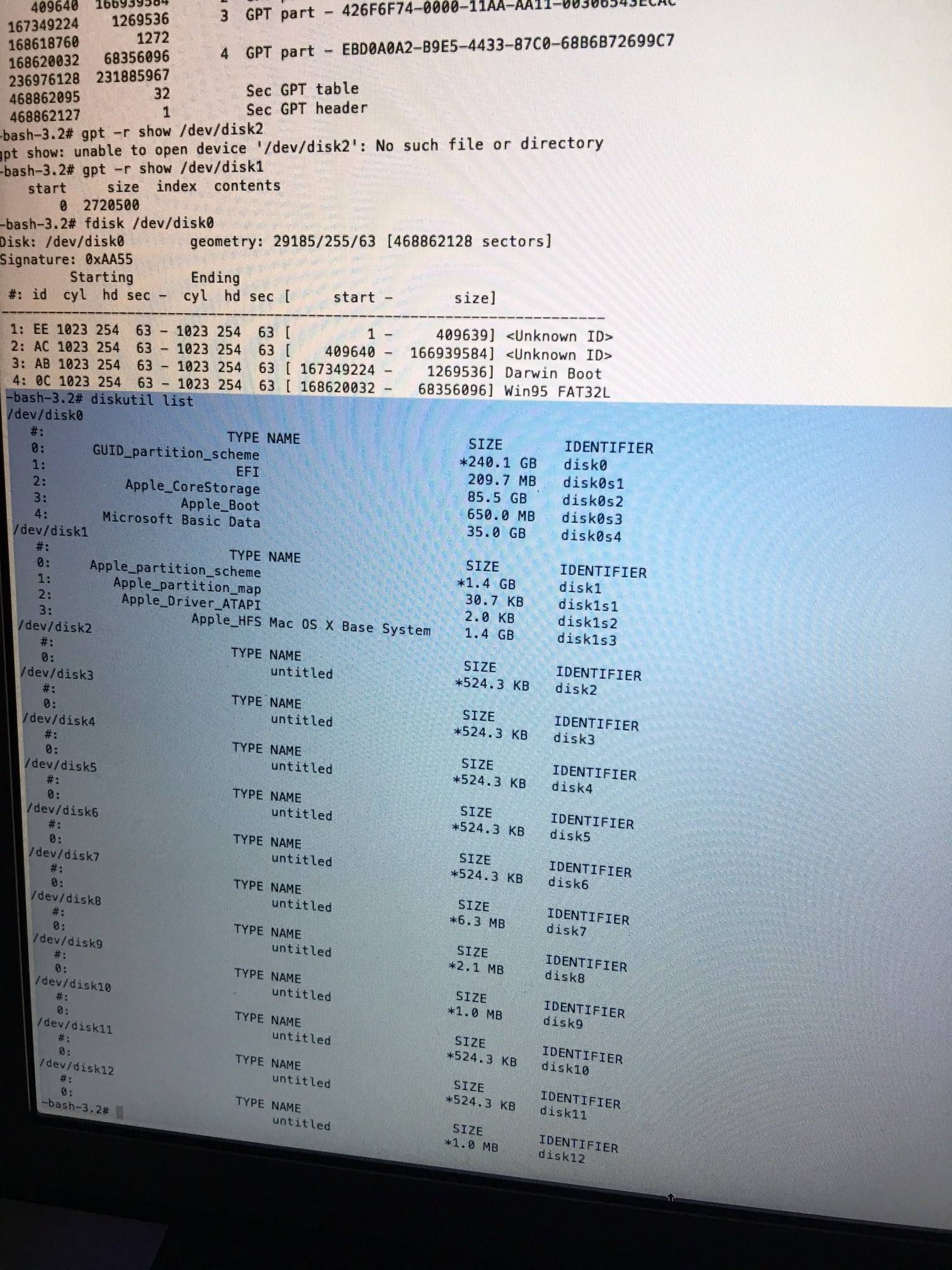 I have been able to salvage at least the OS X partition by accessing the Mac remotely via TeamViewer and restoring the old CoreStorage Logical Volume Group.

Here are the steps to recover the OS X volume:

and a new GUID partition table had to be created:

and copied the EFI of the thumb drive to disk0s1:

Now I tried to determine if the main OS X partition was CoreStorage or non-CoreStorage with wxHexEditor:

In normal HFSJ volumes block 409640 and 409641 of the disk (=block one and two of the OS X partition) usually contain zeros and block 409642 the string "HFSJ" in the first 16 bytes. The first block of a CoreStorage contains some non-zeros - the next two blocks are equal to non-CoreStorage partitions. 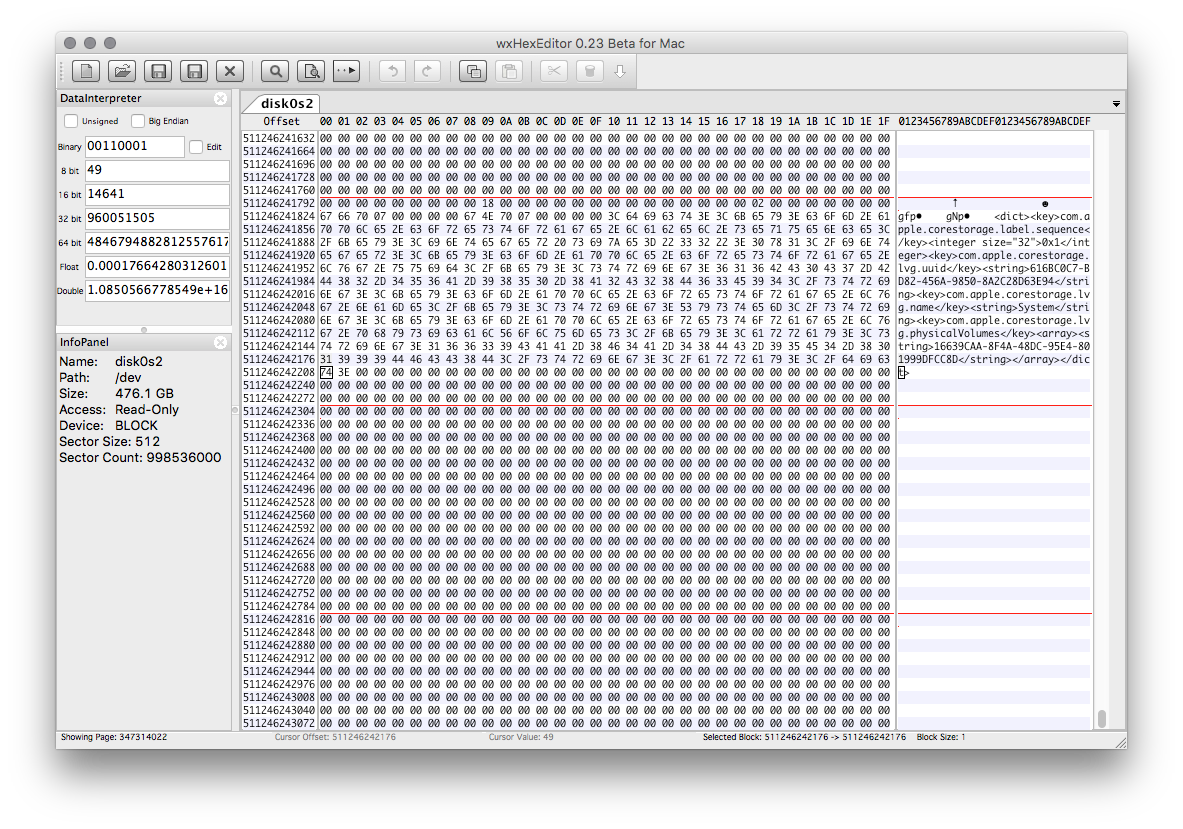 The string "physicalVolumes" has four occurrences near the end of an LVG. The last occurrence is in the 8185th last block of the LVG. By searching for the strings with wxHexEditor the last block was determined.

The broken volume reappeared. The disk was then verified and repaired as well as the volumes. It took several attempts to repair all errors of the volume. I didn't try to recover the Windows 7 partition.

The main volume was fully bootable. All data was backed up and the drive was re-partitioned. A new system was installed and the backup data was transferred with the Migration Assistant.

Not the answer you're looking for? Browse other questions tagged terminal mac bootcamp .