I've spent the better part of a week trying to get Bootcamp setup with Windows 10 on my Mac and have finally ended up in a spot that I've not been able to get around on my own.

I have installed Windows 10 via Bootcamp, and during the initial Windows boot-up during the installation, I'm given the following BSOD 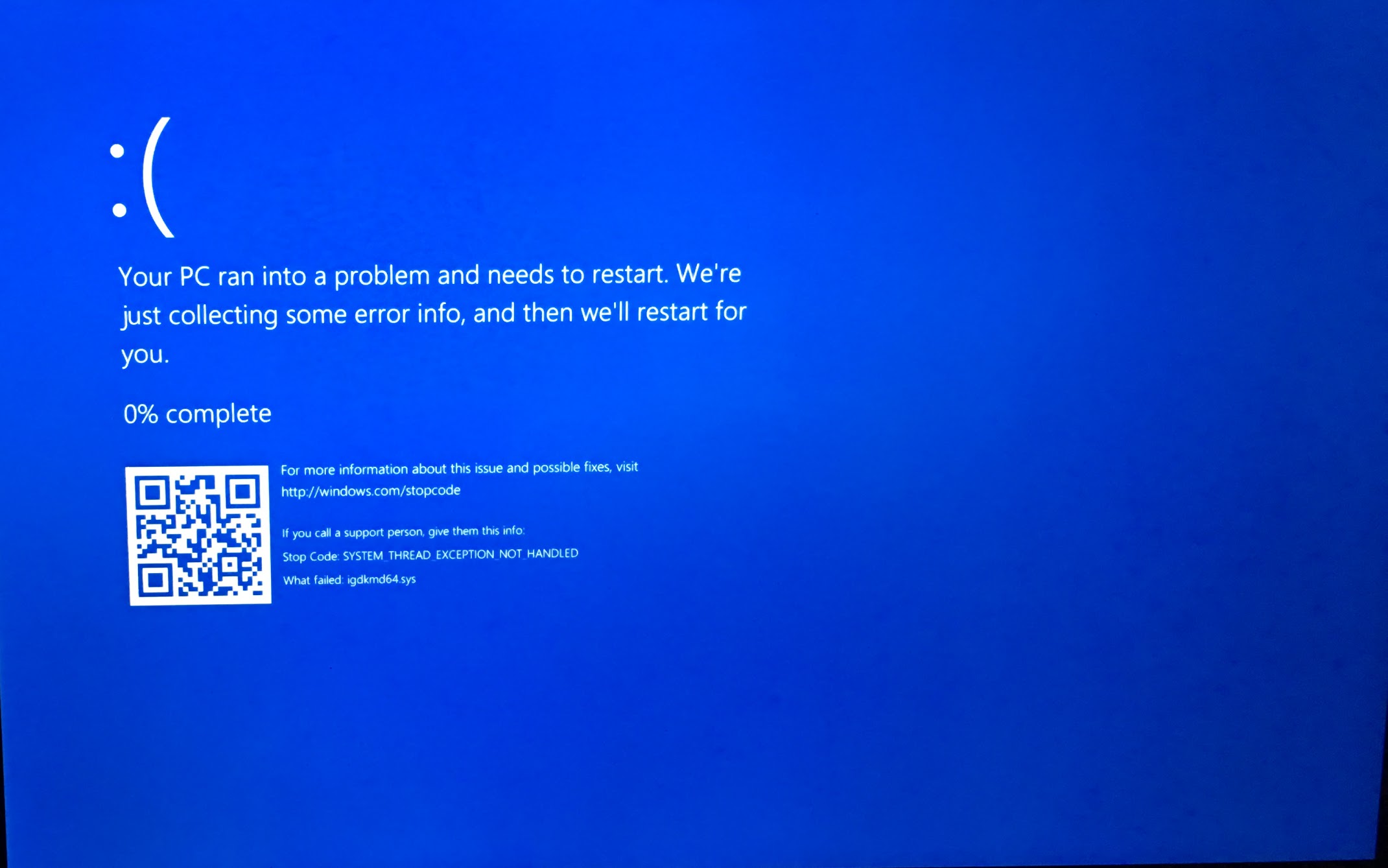 I've googled like crazy and have come to the conclusion that this appears to be related to the Intel drivers. Every post I've found thus far however explains how to fix this when it occurs randomly once you are in Windows. They go through suggesting updating drivers, replacing the file, disabling windows updates for the hot fix that introduces this issue etc. All of which requires the OS to have been fully installed and booted. Neither of which is the case for me.

Is there any known fixes for this that I can apply? The fixes I can do probably needs to be done from within macOS because I can't get booted into Windows.

I spent a long time trying to figure this out, and ended up taking it to an Apple store. It was determined that my drive partition tables had become screwed up and the entire drive needed to be wiped. Doing it from within the recovery partition did not work, the macOS installer had to be ran from a network share or USB drive.

From the external drive, macOS installer was used to completely wipe the entire drive. It was formatted using MBR to clean it up and then formatted using GPT (which is what Windows 10 needs the drive to be) to prep the drive for Bootcamp.

After macOS was finished reinstalling, I ran the Bootcamp installer and Windows 10 installed without any further issues. I've been running Bootcamp as my daily OS for nearly 4 months without a problem.

Not the answer you're looking for? Browse other questions tagged bootcamp windows driver .