Firing up Terminal from an Automator Workflow?

I quite often use the python -m SimpleHTTPServer command in the Terminal to fire up a webserver for testing apps. Having just learned the basics of the Automator, I figured this would be a great use for it - having added the following as a service I can now right-click on a folder and have a webserver launch pointing at that folder.

The only problem I have, is the lack of output from the workflow. Doing it manually I have a Terminal window displaying the requests coming in and enabling me to Ctrl+C to end the webserver.

The Automator workflow is silent and I have to open Activity Monitor and quit Python to close it. Is there a way to have it run the script in a Terminal window?

Figured out how to do it myself based upon adapting the following article.

Added a line in to run the python command:

If you like using Automator try the Growl Notifier in Automator (below is an example). Growl is extensible to almost any application/script/service on OS X. It works really well for showing output for just about anything imaginable. 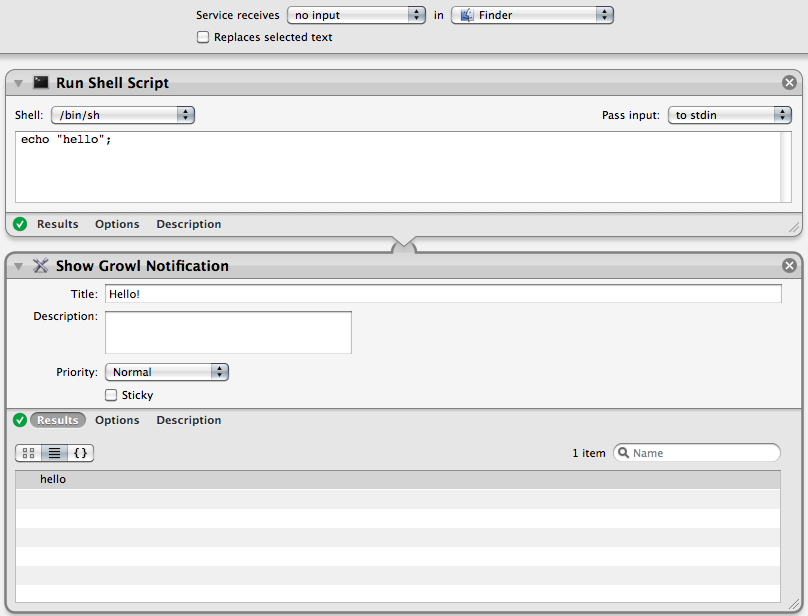