Since I upgraded to Sierra, Terminal no longer loads my bash prompt, making it unusable. When I start it, it doesn't hang, but it stays looking like this: 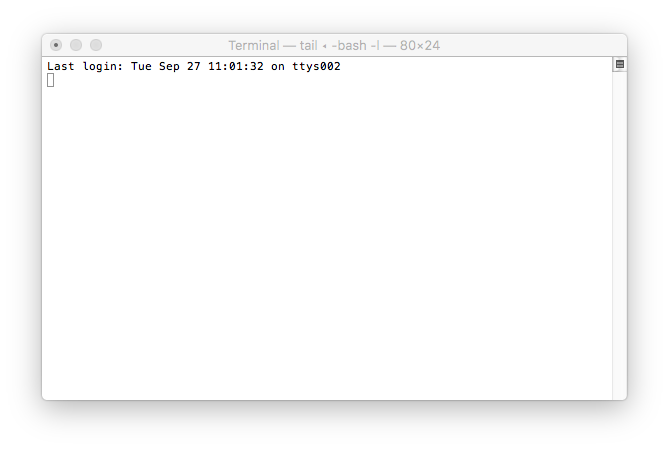 I can enter text, but it doesn't do anything. It seems like the bash or tail command is hanging. I have also tried using the terminal window in Android Studio and that just shows a blank screen.

Any idea how I could fix this?

After some debugging I found out that the bash-autocompletion package for brew did cause this. It is clear that if you run $(brew --prefix)/etc/bash_completion the command does not terminate

As a wordaround, you can uninstall it with brew uninstall bash-autocompletion. I'd recommend to first update brew by running brew update && brew upgrade though.

Digging deeper it turned out the main problem here was the rust compiler. Running rustc --version pointed me to a segfault. I uninstalled it using /usr/local/lib/rustlib/uninstall.sh, after which the bash autocompletion started to work again. Removing rust as described, and reinstalling it using brew (brew install rust) ensured everything worked again

Not the answer you're looking for? Browse other questions tagged terminal bash macos .

12
ssh-under-cron stops working in OS X 10.7 Lion
1
El Capitan Mac: /usr/bin/login tries to run /bin/false
31
Terminal login hangs
5
How can I fix my terminal when editing the PATH in .bash_profile has the startup hang and I get no prompt?
3
How to show current time in mac terminal prompt?
6
Any “Always On Top” app working on Mojave?
3
MacOS terminal Hangs on `login`
0
iTerm unresponsive as xcode attempts (and fails) compiling every startup