In Mac OS X El Capitan, is there a shortcut to move full screen apps between monitors?

Today I first bring the app out of full screen mode, then drag it to the second monitor and then maximize it again.

I wish there was a shortcut to just move it from monitor 1 to monitor 2.

You can use Mission Control (formerly known as Exposé) to move full screen apps across monitors. Mission Control initially shows lists of workspaces across the top of all monitors, and when you move the mouse cursor up into that area they change into thumbnails. If you drag one of the thumbnails from one monitor to another, the workspace corresponding to that thumbnail moves to that monitor. A thumbnail for a primary desktop can be rearranged within its own monitor, but it can't be dragged to another monitor.

To clarify what I mean by primary desktop, each monitor initially has a workspace without full screen applications, and additional workspaces for full screen applications (which, in El Capitan, can contain one or two applications apiece). What I'm calling a primary desktop is that initial workspace. The + in the upper right corner of each monitor while Mission Control is active can create a new desktop, and a desktop created that way can be moved across monitors, but the desktop which was not created that way remains on its own monitor.

Keyboard shortcuts and trackpad gestures are available for Mission Control.

In case you wanted to do so with your keyboard only, expanding @Fralec's answer:

I use spectacle as well, and the following sequence does the job:

Hope that does the trick for you :)

You can use BetterTouchTool to configure a keyboard command triggering a two-step action, which first moves your application to the next monitor, and then makes it fullscreen.

To switch the fullscreen app back to the first screen, just press the keyboard command twice and it will move over. 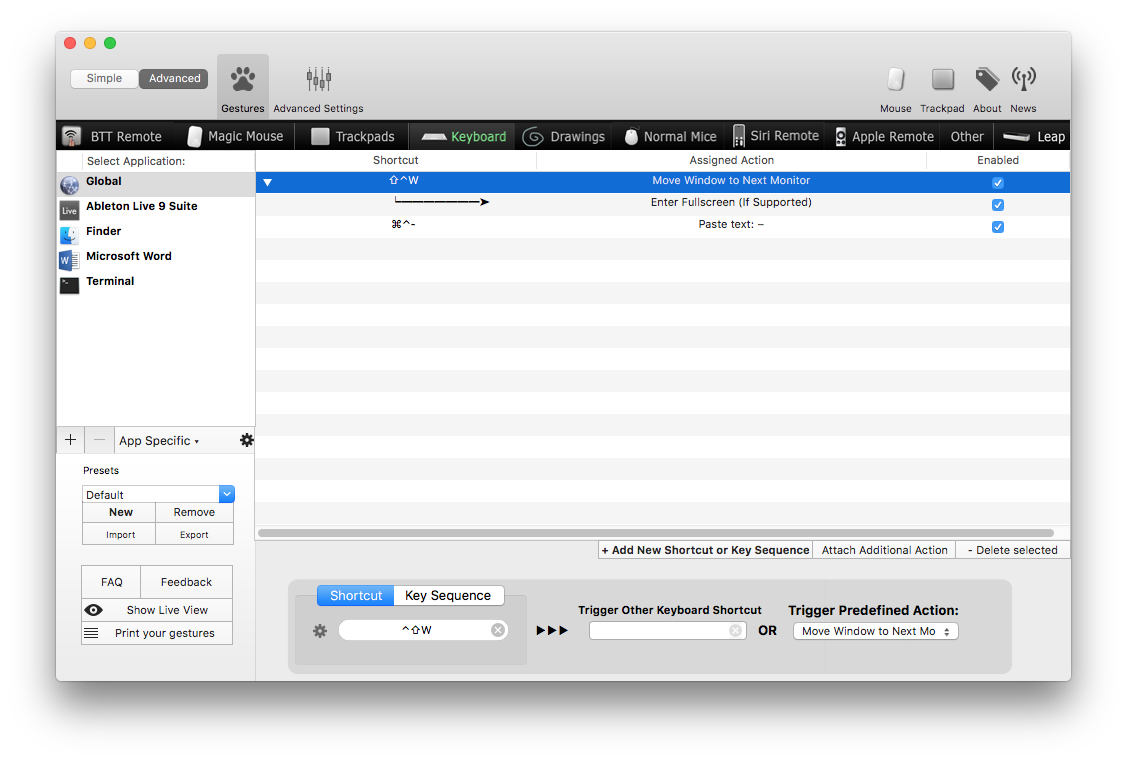 I use a free app called spectacle to manage my windows. If you hold shift+alt+cmd+ right arrow or left arrow, your can easely move your window from one monitor to another.

Many Tricks Moom seems to have this functionality also. I just found out about that $10 app today (I've been using the mentioned Spectacle for the task, however, Moom also has a feature to re-arrange windows to chosen locations, etc.)

Not the answer you're looking for? Browse other questions tagged macos el-capitan display fullscreen .

2
How to quickly move a single tab of a fullscreen app to a second screen?