I have downloaded the macOS Sierra from app store but unable to install it. It's not displayed in updates section... 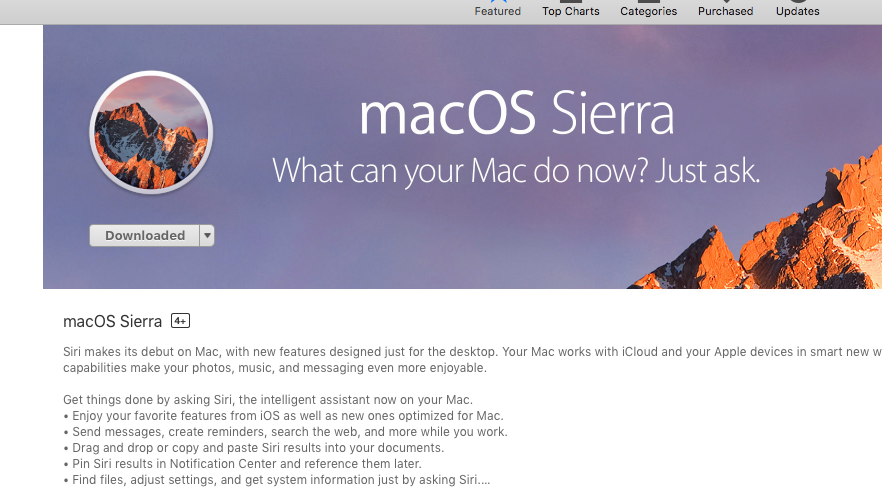 Yes I had the same issue go to applications and click the file that was downloaed. It is working now as in the past it froze on me.

After downloading macOS Sierra it doesn't appear in the Updates section of the App Store app. Instead it is downloaded to your disk and usually can be found in /Applications. If you have downloaded a public beta or a developer beta and moved it to a different folder previously, it may reside there instead.

Depending on your system language the name is Install macOS Sierra (English) or a name translated to your language accordingly.

It's in the applications folder

or just do a spotlight search for sierra