How to disable scroll acceleration in macOS Sierra?

A few releases ago OS X introduced scroll acceleration, which means if you keep scrolling in some direction, the speed of the scroll will be greater and greater. You cannot disable this from the UI. It is extremely annoying if you want to scroll through a long website or a long source code in an editor.

Until macOS Sierra you could disable this using DisableExtremeScrollAcceleration tool. But this tool is no longer working.

Is there any way to prevent the scroll acceleration?

I wrote a small program to fix this behavior: https://github.com/emreyolcu/discrete-scroll

You may download a binary here. It runs in the background and allows you to scroll 3 lines with each tick of the wheel.

After many years of frustration with macOS & wheel mice, I've developed Smooze. You can use this app free for disabling acceleration ( you would only pay to use other features of the app) 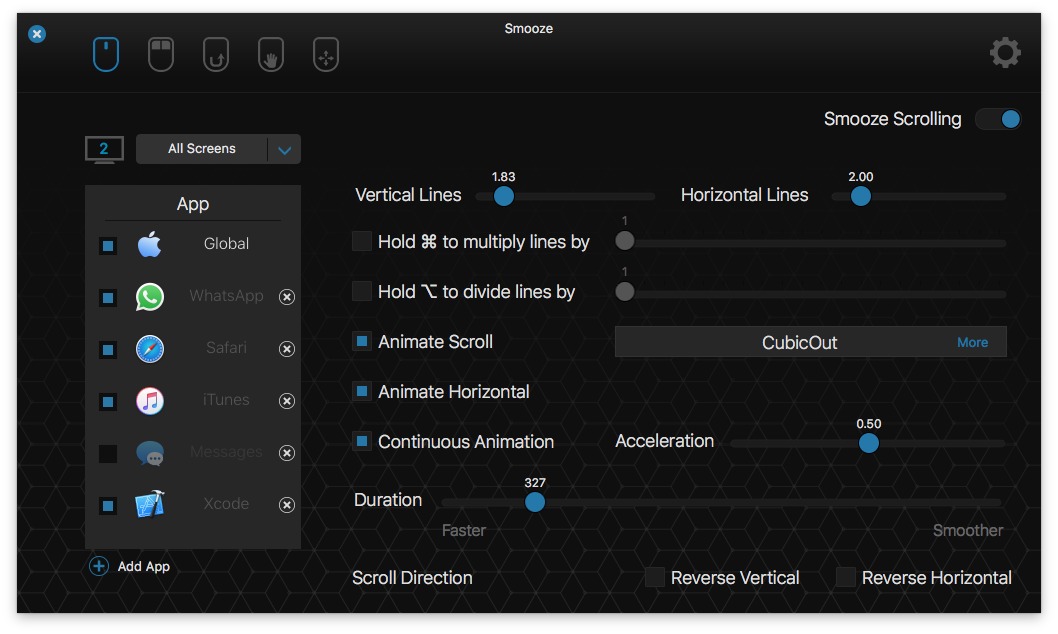 Here's what I've found, so far it seems kinda working:

Type into the Terminal:

Try USB Overdrive. I was having the same problem as you and this fixed it. It works with MacOS Sierra.

I don't have the rep to upvote or comment on Sky D's post, but it was spot on: 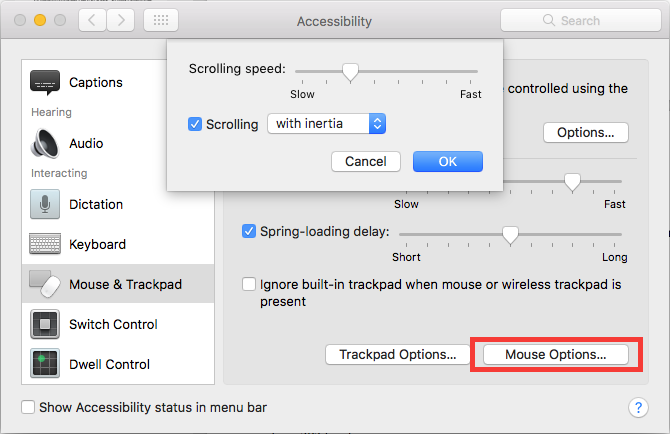 I found the "fix" for my Logitech mouse.

I also had an issue with my back/forward buttons. Within the same control panel, I had to reconfigure them as "key strokes" of "cmd + left arrow" and "cmd + right arrow".

Edit: Logitech released an updated version of their control center, which fixes the issue.

macOS Sierra introduced a scroll wheel deadzone where input would be ignored unless you scrolled at a minimum speed. Scrolling the wheel one notch at a time would not produce any movement on the screen. This deadzone made people scroll the wheel faster than before, thus hitting the acceleration threshold even faster (though it's always been there). The scroll wheel deadzone has been removed in the 10.2.2 public betas.

With defaults write .GlobalPreferences com.apple.scrollwheel.scaling -1, there should be no scroll wheel acceleration in apps (that use native scrolling).

Alternatively you can use SteerMouse. I've been using this for a few years. It costs $20, but for me it was worth it. Default mouse acceleration settings always annoy me. 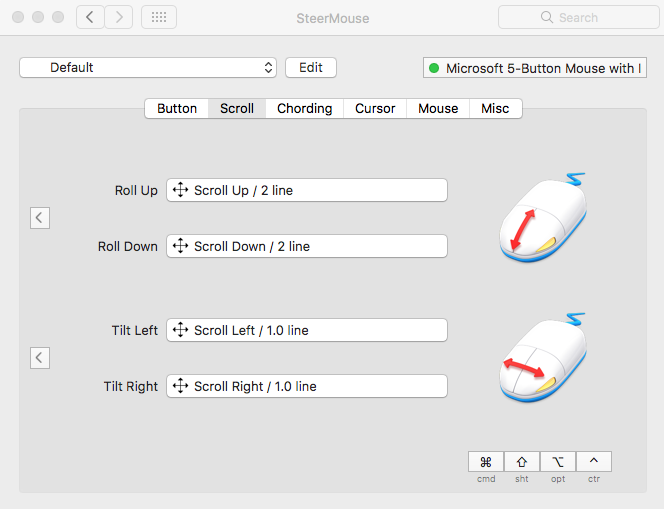 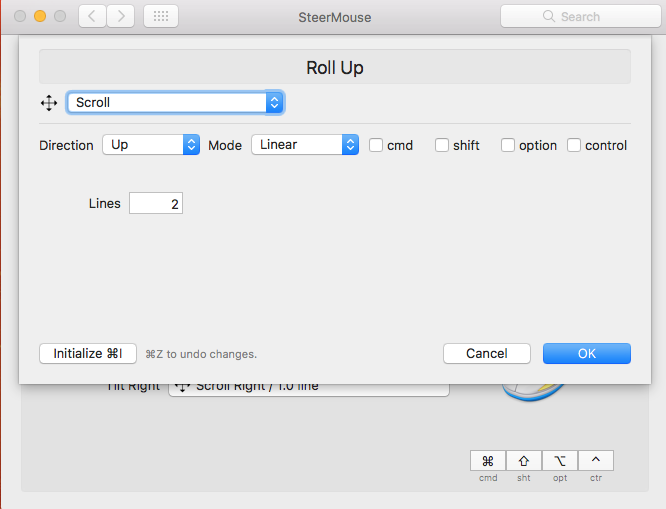 Not the answer you're looking for? Browse other questions tagged mouse scrolling sierra .